(CODHES, 2014 ; IDMC, 2014 ). Different from many other refugee crises in the world that put certain countries temporarily on the map as ‘displacement hotspots’, the crisis in Colombia has been evolving at a slower, yet creepingly consistent pace. This trend is less characterised by spectacular displacements resulting from large-scale bombing and military campaigns – such as in Syria, Sudan, Iraq, etc. – but by the smaller scale, yet unceasing removal of people from their lands. Displacement has become such a persistent feature in society that Colombians seemingly

's afterlife as a Soviet era student dorm and then as a collective center continues to affect everyday lives. Understanding protracted displacement through the dwelling More and more refugees and internally displaced persons (IDPs) live outside the traditional humanitarian spaces of the camp and predominantly in urban areas. Accompanying this trend is a policy shift away from focusing on camps to increased emphasis on assisting people living in urban areas. In this context, there is a need to better understand the nature of current

studies” that were both attentive to histories of displacement and crossed disciplinary boundaries. This book is thus a political project founded on an effort to create new avenues for theorizing about forced migration. Rather than summarizing developments around it, our aim is to encourage analyses of refugee situations that trace and compare historical trajectories of displacement and refuge, to promote interdisciplinary dialogue on the complex nature of forced migration, and to think more creatively about the processes, politics, and experiences

the 1948 displacement, in particular to one of its lesser-known chapters. With the Israel–Palestine conflict understood to be over territory, it is unsurprising that the Nakba – the term used by Palestinians to describe the 1948 expulsion, literally “the catastrophe” – itself is remembered and represented, iconically, as a flight by land. But it was also a flight by sea, a dispersal between shores by boat, a tracing of watery webs across the Mediterranean, or the “White Sea” as it is known to Arabs. Those webs remained taut and supple in voices and bodies, in the

Visibilising suffering or stealth humanitarianism?
Abstract only
The perils of promoting durable protection in cities of the south
Caroline Wanjiku Kihato and Loren B. Landau

negotiating inclusion exists. Approach This chapter brings together discussions of global humanitarian norms with a perspective rooted in the politics of local governance and humanitarian action. While there is little published work explicitly discussing the role of local authorities in addressing migration or displacement in the developing world, what exists nonetheless offers considerable guidance on the degree to which states and global legal norms govern local institutions (Edwards et al., 2014 ; Kimble et al., 2012 ; Landau et 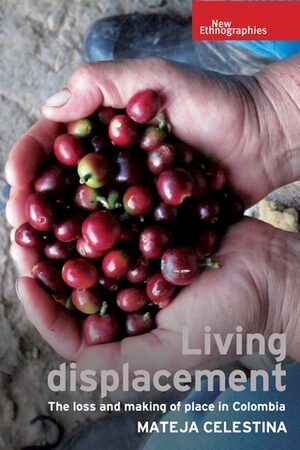 Living displacement
Abstract only
The loss and making of place in Colombia
Author: Mateja Celestina

usually end up in refugee camps in a distant local (if not as asylum seekers in hosted suspension), to be ‘managed as undesirables’ (Agier, 2011 ) with their stop-motions discursively isolated as dis(placements). Yet, wherever they are situated, refugee camps are still treated as local places of ‘bare life’ in a parochial ‘state of exception’ (Agamben, 1998 ), even though refugees have been recognised with agency ‘negotiating’ (Pasquetti, 2015 ) and circumventing external impositions of control (Kibreab, 1993 ). Meanwhile, as the local seems to

, one man called the United Nations High Commissioner for Refugees (UNHCR) Bangkok office seeking help, only to be told by the officer on the line to get deported and sneak back across the border to reapply for asylum. Just as state responses to forced migration include the deployment of ad hoc, informal, and even illegal (discussed below) practices, this humanitarian actor's advice reveals a working familiarity with the blurred boundaries of formal and informal, legal and illegal, in a context without codified frameworks for managing international displacement. Such

Refugees welcome?
Abstract only
The politics of repatriation and return in a global era of security
Tazreena Sajjad

what may be defined as the temporality–security nexus. Third, this framing, which has been deeply entrenched in the psyche and institutionalised arrangements in the West, is diffusing into host countries in the Global South. Simultaneously, by ignoring a more comprehensive approach to displacement, which would take into account structural inequities in the international system, state policies and the UNHCR, functioning within the temporality–security model have constituted a threat to refugees. Such a dynamic is not occurring in a vacuum – it is a response to the