Clear All
Download Citations
Page:12345678
The Empire Marketing Board, tobacco advertising and the imaging of the white male imperial archetype
Abstract only
Anandi Ramamurthy

in shaping images of Empire and black people. In the inter-war period, however, the government’s propaganda experiment, in the shape of the Empire Marketing Board (EMB), radically altered this state of affairs. The British government, through the EMB, became the defining force in representing the image of black people and Empire, to which private enterprise responded. This chapter will trace the reasons for 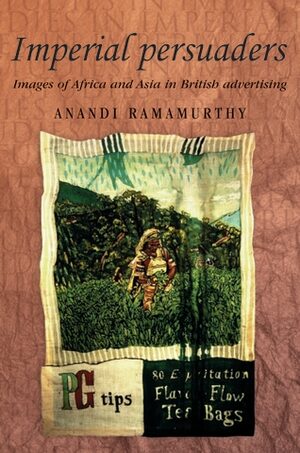 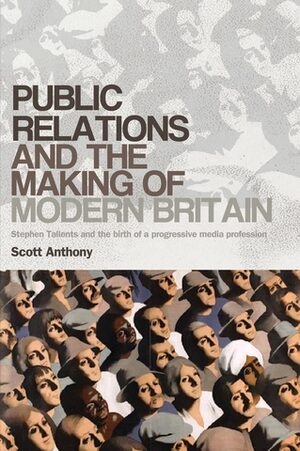 2 Beginnings: The Empire Marketing Board, 1926–1933 ‘No one can successfully manage over a long period of time even the smallest estate without a definite plan’, wrote Tallents at the inception of the Empire Marketing Board, ‘yet at present we are making no real attempt even to frame, still less execute, any plan for the organised development of the Empire’s economic resources’.1 The Board had been created by Stanley Baldwin to promote Empire goods, but the delicacies of imperial politics and a lingering suspicion of state propaganda prevented the Board from

in government and in the economy, secondly, that the means of transmitting the ideology to subordinate classes existed and were utilised for this purpose, and thirdly, that imperial ideals did penetrate popular culture particularly among the working class and that this did affect mass perceptions and behaviour. The Empire Marketing Board had only a brief existence, formed in

finding a new role in the 1920s and 1930s, when its commercial, scientific, and technical work came to be subordinate to its role as a source of public propaganda on the Empire. It was this ‘educational’ function which was to prove more attractive, to the Dominion governments at least. The Institute now became caught up in various propagandist efforts, the Empire Marketing Board, the Colonial Empire 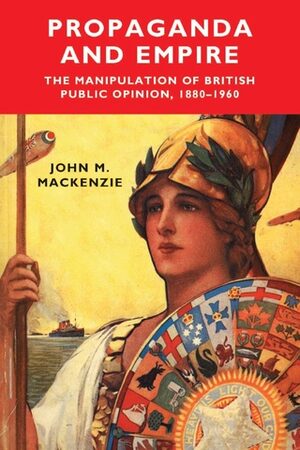 presented in them. My own contribution is a preliminary exploration of the domestic propaganda of the BBC, a topic largely unexplored. It is significant that, as Stephen Constantine indicates in the case of the Empire Marketing Board, the legitimacy of imperial propaganda was frequently taken as read. There might be controversies about the nature of that propaganda, but few were prepared to deny the centrality of the

further the status of Britain and British film.7 No wonder that in The Projection of England Tallents observes that that government policy towards cinema remained focused on ‘preventing the bad’, to paraphrase Wallas again, rather than ‘promoting the good’. ‘It is probable that more has been said and written during the last year about the connexion between British films and the British Empire than ever before’, noted The Times: ‘countless people write and talk about it, but no one does anything’. 8 The creation of the Empire Marketing Board Film Unit The Projection of

We live in an age in which advertising is part of the fabric of our lives. Advertising in its modern form largely has its origins in the later nineteenth century. This book is the first to provide a historical survey of images of black people in advertising during the colonial period. It highlights the way in which racist representations continually developed and shifted throughout the nineteenth and twentieth centuries, depending on the particular political and economic interests of the producers of these images. The book analyses the various conflicting, and changing ideologies of colonialism and racism in British advertising, revealing reveal the purposes to which these images of dehumanisation and exploitation were employed. The first part deals with images of Africa, the second deals with images of black people in the West, and the third considers questions relating to issues about images and social representations in general. The Eurocentric image of the 'savage' and 'heathen', the period of slavery, European exploration and missionary activity, as well as the colonisation of Africa in the nineteenth century are explored. Representations of the servant, the entertainer, and the exotic man or woman with a rampant sexuality are also presented. The key strategy with which images of black people from the colonial period have been considered is that of stereotyping. The material interests of soap manufacturers, cocoa manufacturers, tea advertising, and tobacco advertising are discussed. The book explains the four particular types of imagery dominate corporate advertising during the 1950s and early 1960s.

BBC Empire service which commenced in 1932, the Imperial Institute, the Empire Marketing Board (1926–33), the Colonial Empire Marketing Board (1937–39) and the Empire Film Unit, Imperial Airways was a source of Empire information and images which hoped to mould populist imperialism. Airline advertisements, and magazine articles in the aeronautical press and in general interest serials, also helped