the first female president is open-ended. More is potentially still to come regarding the countersovereignty each of these anti-heroines embodies, even if the TV shows themselves have aired their final season. Seriality is, furthermore, at play in that, as in House of Cards , all the other TV dramas of the second wave continue to revolve around a first female president. As though cognisant of each other, they seem to be trying out different narrative variations on a thematic concern common to all of them. In that the first female president keeps returning, her

his Lady, and, indeed, in the final season of House of Cards , the appropriation of this tragedy is explicitly stated. 4 After a confrontation with Claire, in which Annette Shepherd was not able to sway the first female president of the United States to sign a deregulation bill that would profit her foundation, she voices her frustration to her son, Duncan: ‘I know that expression. She can’t decide if she’s Lady Macbeth or Macbeth.’ 5 It is precisely this uncertainty which makes the resuscitation of one of Shakespeare’s most conflicted queens in House of 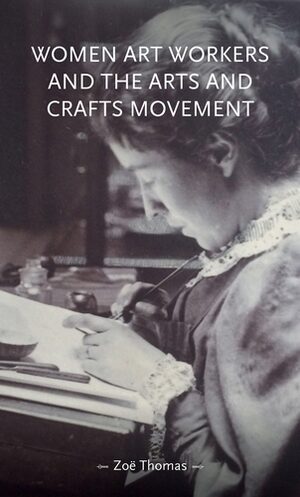 finished with all that, with history and martyrs and fields … being, as I believed, on the brink of daring emancipation.4 Mary Robinson, on her election as the first female President of Ireland in 1990, hailed the women of Ireland in particular – ‘mná na ­hÉireann’ – who, in choosing a liberal, feminist candidate, ‘instead of rocking the cradle [had] rocked the system’; Irish people, she said, had ‘stepped out from the faded flags of the Civil War and voted for a new Ireland’.5 Some thirty years after O’Brien, Robinson too associates the liberation of Irish women – and

, the Campaign for Homosexual Law Reform. The Campaign group comprised mainly law students, and they secured their first legal advisor among Norris’s colleagues at Trinity College. Mary McAleese, then Reid Professor of Law and later President of Ireland, served as their legal advisor from 1975–79. McAleese’s successor, Mary Robinson, was also appointed as Reid Professor of Penal Legislation, constitutional and criminal law, and the law of evidence, and became the first female President of Ireland. Norris sought and received the support of established politicians and

and the other women were not to be invited to the dinner that evening, and wrote to them taking issue with this, that the following year, four women Academicians were finally invited to dine with the men. The Times reported that after dinner that night Hermes enjoyed a ‘thoroughly masculine cigar’.10 Looking at this now from the distance of the twenty-first century it is sobering that the election of the first female President was only announced in December 2019 (painter and printmaker Rebecca Salter). In 1972, Joan Hassall became Master of the Art Workers’ Guild

in Women art workers and the Arts and Crafts movement

) of one drug lord leads to the coronation of his violent successor. The two chapters at the centre of the book make use of the pathos formula of the female ruler to discuss the fascination and anxiety that female sovereignty poses in relation to a crisis in American democracy regarding the question of legitimate and illegitimate power. The crossmapping of a series of first female presidents with a typology of queenship in Shakespeare’s plays begins in Chapter 3 with Beau Willimon’s Gothic political thriller, House of Cards , because of its explicit references

Imagining the president (in The West Wing, 24, and Veep)
Abstract only
Jack Holland

audiences or receive critical acclaim. That, in itself, is significant. Veep , for example, prospered primarily on the critical acclaim front, winning awards even as audience figures remained modest. A fast-paced comedy, Veep tells the story of America’s first female president and vice president, Selina Meyer. The show focuses on the daily in-fighting of political life in Washington DC and the often less-than-strategic plays at work. It could not contrast more starkly with the Machiavellian three-dimensional chess depicted in House of Cards and the benevolent self

escape the Irish recession. In German–​Irish relations, 1996 was an annus mirabilis. The focal theme for the Frankfurt Book Fair that year was ‘Ireland and its Diaspora’.41 According to a German opinion poll, Germans identified the Irish as their favourite European neighbours.42 Kohl opened the fair on 1 October 1996 in conjunction with the first female president of Ireland, Mary Robinson, and the Irish poet and playwright who won the Noble Prize for Literature in 1995, Seamus Heaney. This represented the best of new and old Ireland. On the following day, Kohl