Chapter 3 Gerrard Winstanley G errard Winstanley was thirty-four when he arrived in Cobham, and thirtynine when he led the Diggers on to St George’s Hill. Born in Wigan, Lancashire, he had served an eight-year apprenticeship to Sarah Gater of St Michael Cornhill, the widow of a London merchant taylor.1 Having gained his freedom from the Merchant Taylors’ Company in February 1638, Winstanley set up independently as a cloth merchant in the London parish of St Olave Old Jewry.2 In September 1640 he married Susan King of St Martin Outwich, the daughter of a London 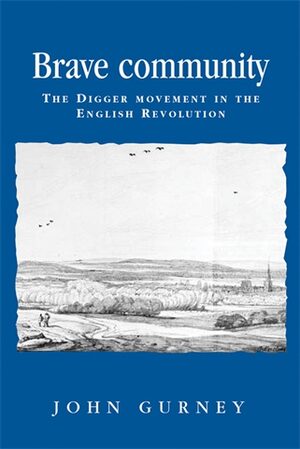 explaining. This mystical rationalism reached its apotheosis in Gerrard Winstanley, who set about digging in Surrey common lands in 1650 to make the Earth a ‘common treasury for all.’ 5 Digger human rights, as we might call them, announced exultant, millenarian hopes. God, in the form of reason, flowing through the Diggers’ work upon the soil, would remake the world. This would make the rights of all available to all. Or so they believed for a brief spell of ecstatic expectation. Second, seventeenth-century prophets of human rights did not concern themselves with

’ Cobham property, on which Susan and Gerrard Winstanley were living, had been surrendered in April or May 1655 to the use of Stone and his heirs, and it was only in 1657 that they managed to recover it and surrender it into the hands of the manorial steward to their own use and after their deaths to the use of Gerrard and Susan.68 With Susan King continuing to spend long periods away from home as a travelling midwife, William King became increasingly reliant on the hospitality of his daughter and son-in-law in Cobham, and he seems to have lived with them for stretches

authorities of the new republic. The effectiveness of Winstanley’s message would be measured by the extent to which others accepted its logic and were prepared to join him in working the land in common. It was this support that would transform Winstanley from a thinker of unusual interest into the leader of a social movement which lasted more than a year, and which, by the early months of 1650, had spread from Surrey across the south-east and east Midlands. NOTES 1 Gerrard Winstanley, The Mysterie of God Concerning the Whole Creation, Mankinde (London, 1648); G. K

they came together again in the late 1960s to begin work on Winstanley, a film about the historical figure Gerrard Winstanley, which would be based on David Caute’s 1961 English Civil War novel, Comrade Jacob. Brownlow and Mollo worked closely with the script adviser, Marina Lewycka, and cast Miles Halliwell in the title role. But none of the cast apart from Halliwell and Jerome Willis (who played Lord Thomas Fairfax) were professional actors. The film was shot by cinematographer Ernest Vincze, who, in agreement with Brownlow and Mollo, sought to depict the events in

1  Community of goods: an unacceptable radical theme at the time of the English revolution Jean-Pierre Cavaillé The puropose of this chapter is not to provide a thorough exploration of the condemnation of private property and the promotion of common property as feature in the works of English radical writers of the seventeenth century, such as those of Gerrard Winstanley or Abiezer Coppe. Instead, a reflection is proposed upon the conditions underpinning the use in public debate of the community of goods theory, one of the most provocative and dangerous ideas 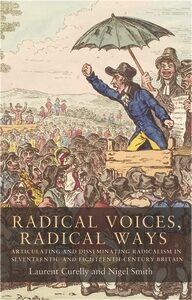 companions continued to meet after 1645, and would come to establish links with radicals beyond Kingston, including Gerrard Winstanley, his fellow Digger Henry Bickerstaffe and the Leveller leader John Lilburne.87 Political as well as religious radicalism was in evidence in civil war Surrey, with conflicts between competing parliamentarian factions leading to the open expression in the county of radical political ideas. Challenges to the moderate Onslow regime were mounted several times by militant parliamentarians between mid-1643 and early 1647, though on each occasion

those of John Coulton, Gerrard Winstanley and Thomas Starr. Other Diggers who took the Engagement that day were Anthony Wrenn, Thomas Barnett, John Hayman and William Taylor, their names interspered in the schedule with those of their kinsmen, neighbours and opponents. Thomas Parrish was the seventh parishioner to subscribe, following Hayman’s father-in-law Laurence Johnson and John Downe, while other opponents who subscribed were Edward and Thomas Sutton, Thomas Hill, John Greentree, William Whinyard and Robert Melsham; John Goose did not subscribe until 23 November