Clear All
Download Citations
Page:1234567891011 ...
Heresy in the flesh
Abstract only
Gottschalk of Orbais and the predestination controversy in the archdiocese of Rheims
Matthew Bryan Gillis

the face of episcopal opposition and called Christians to repentance after decades of scandal and civil war. His attempts at Christianisation in Francia, however, failed and his doctrine of grace was condemned as heresy at Church councils in Mainz in 848 and then Quierzy in the archdiocese of Rheims in 849. Despite this condemnation, Gottschalk refused to recant and spurned episcopal authority in the process, showing himself to be a Carolingian rarity: an actual heretic in the flesh. He was severely punished and placed in perpetual monastic confinement, where he

Dominic Mitchell’s BAFTA award-winning three-part series In the Flesh was first broadcast on BBC3 in March 2013, with a second six-part series following in May 2014. Focusing on the return of the rehabilitated zombie Kieran Walker to his village in the rain-swept north of England, the series proffers a distinctively British take on the

view nature in the flesh, or keen to supplement their knowledge, a proliferation of natural history books and periodicals made reading about nature more practicable. Literature on the natural sciences became easier to obtain from the 1770s onwards, as works of natural history circulated more widely. The Inquisition allowed foreign texts on the subject to enter the country relatively freely, at least 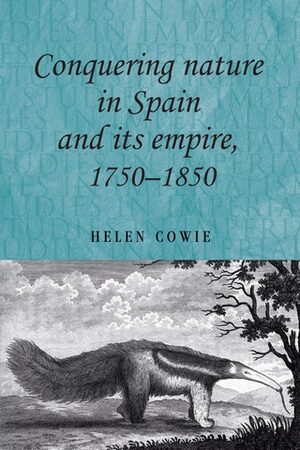 The radio studio as performance space
Abstract only
Jeffrey Richards

his film career to become an interior decorator, earning considerable success in particular for remodelling the homes of the stars, many of them his friends and former colleagues. 7 Paramount cashed in on the desire of radio audiences to see their favourites in the flesh with a series of what were in effect musical revues, the Big Broadcast series, tuneful and entertaining reminders of the musical content of 1930s broadcasts. The Big Broadcast (1932

nationally specific way, as a gothic exploration of neoliberalism’s exploitation of the global poor, whilst all affirm that our very humanity is being compromised by such capitalised acts of bio-violence. Linnie Blake’s chapter, ‘Catastrophic events and queer northern villages: zombie pharmacology In the Flesh ’, engages with similar themes, focusing on Dominic Mitchell’s BAFTA

Christ—as stated above—about thirty-five years of the Lord after the Passion of Christ. At that time the princes of the apostles, Peter and Paul, were still living in the flesh at Rome. And thus it must be reasonably likely that the blessed Peter, who was pope when he heard that the city of Genoa had converted to the faith of Christ, sent a bishop to that city. For if the apostles sent bishops to more remote converted cities, it is both likely

thing’. 72 Another, who had watched the royal wedding on screens in Hyde Park, claimed that she and her friends had actually felt ‘closer to the action watching it as part of a crowd than squashed by the side of the road watching a glimpse of it. I have never regretted not going to try and see them in the flesh’. 73 A third recalled the (perhaps surprising) intimacy that the event generated