Introduction How can a medical humanitarian organisation deliver emergency assistance in Syria when there is nowhere in the country where civilians, the wounded and their families, medical personnel and aid workers are not targeted? Not in the areas controlled by the government, nor in those held by the Kurdish Democratic Union Party (PYD), Islamic State of Iraq and the Levant (ISIL) or the different rebel groups. So what action could be taken

the Islamic State (IS) in 2014, did not prevent their execution. On the contrary, the silence of their organisation and the media may have bolstered the jihadist movement’s claim that they were spies, while enabling the British government to maintain, unchallenged, its intransigent no-negotiations policy ( Dettmer, 2014 ; Simon, 2014 ). In other words, while controlling information shared internally and with the public is one of the key factors in

increasing number of health professionals fleeing the country. This has left populations with limited access to healthcare leading to increased vulnerability to communicable and non-communicable diseases. Since the defeat of the Islamic State in 2018, there have been three distinctive territories in Syria corresponding to the different areas of control. About 60 per cent of the Syrian territories, including the capital Damascus and most central and southern areas, are controlled by the Assad regime. Kurdish armed groups, supported by the United States, control around 25

project is life-saving interventions, the nutrition component includes targeted efforts for male engagement and explicitly engages with gendered norms and attitudes. Save the Children has been present in Nigeria since 2001 and has a current portfolio of 40 programmes in the country, valued at US$52 million, with over 260 staff based in northeast Nigeria. As reported by UNHCR (2021) , the decade-long crisis in the Lake Chad Basin, fuelled by incursions from non-state armed groups (NSAGs), including the Islamic State in West African (ISWA) and Boko Haram, has resulted

Introduction When looking at the role recognition plays in political contexts, the Islamic State presents a particularly complex and multifaceted case, reflecting the complexities of recognition relationships and their political consequences overall. Approaching our subject from a recognition theory perspective, we identify two main difficulties. First, the status that relevant actors ascribe to the Islamic State (and its predecessor organisations, which we include unless otherwise noted) is multifaceted and, at times

dated back centuries, and the now prevalent IS branch, Islamic State Khorasan Province (ISKP), used networks in the Pachir wa Agam district developed by non-state militants from the Afghan–Soviet war ( Sarban 2016 ). Despite the importance of such financial activity for IS and its regional partners, it is necessary to note the existence of strategic-military motivations for such partnerships. While long-standing economic partnerships existed between the US and Turkey, Saudi Arabia, and other Gulf states, and Turkey has been a long-standing member of the US-led NATO

Neo-jihadism’s evolution beyond AQ saw the emergence of AQI, Islamic State of Iraq, and then IS. As with propaganda produced by AQ, propaganda produced by IS condemned US military and economic activity and sought to rationalise neo-jihadist violence and recruit audiences with anti-Western and anti-capitalist grievances. Also consistent with AQ, IS spokespersons’ statements on the political economy of the US reflect the organisation’s geo-economic ambition. Where AQ propaganda over time increasingly focused on the non-material, financialised, and ideological

16 1 Enemy/​image Not knowing how to share with another gaze our own passion to see, not knowing how to produce a culture of the gaze: this is where the real violence against those who are helplessly abandoned to the voracity of visibilities begins. Marie-​José Mondzain, 2009, p. 20 An indefinite state of emergency On 13 November 2015, nine gunmen carried out a series of coordinated mass-​assassinations in Paris, killing 130 people and wounding a further 368. The attacks were claimed by the organisation known variously as ISIL, ISIS, Da’esh and Islamic State 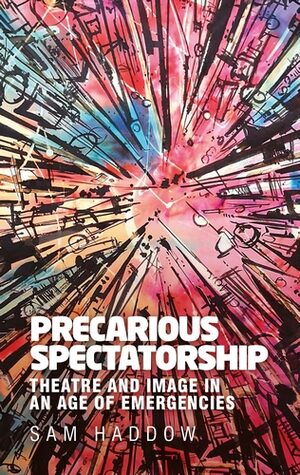