Hungarian Jewry and the wartime crisis in Austria-Hungary v 7 v Between refugees and the state: Hungarian Jewry and the wartime Jewish refugee crisis in Austria-Hungary1 Rebekah Klein-Pejšová Introduction Galician Jews crossed the border by the thousands into the Kingdom of Hungary when Russian troops advanced on the Eastern Front in September 1914. They fled from the Russian army, aware of the fate of Jews in Russia’s western borderlands expelled en masse from their homes and sent deep into the interior of the empire by military commanders fearful of breaches

The St Louis and after
Abstract only
Refugee journeys without end?
Tony Kushner

of the European Jewish refugees before the Second World War, and how they were spurned in large numbers by both Europe and the USA. Their fate was awful and one has to ask how many more would have been saved if the UK and US were less restrictive.5 Even though this Observer ultimately did not change his contemporary attitudes, reassuring himself that asylum seekers now were simply economic migrants in disguise, his comments show that there was at least some awareness that British generosity towards Jewish refugees from Nazism was not all positive. Yet it remains 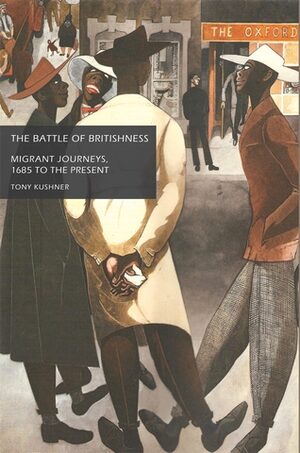 Ireland and the Holocaust
Abstract only
Bryan Fanning

4 Ireland and the Holocaust Introduction This chapter considers anti-Semitism in Irish society from independence in 1922 until the 1950s with a specific focus upon Ireland’s response to Jewish refugees before, during and after the Holocaust. A number of historians have taken the view that while there was undoubtedly anti-Semitism in Irish society in the era after independence, it was of little consequence. Three arguments from this perspective will be examined. The first of these is that Irish antiSemitism was inconsequential because it was latent and did not 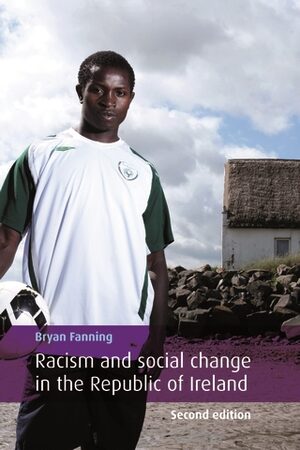 German Jewish refugees. With the purchase of a house next to its existing buildings and adjacent to the Spanish and Portuguese Synagogue, the Home’s Board of Management1 believed that its facilities now made it possible to ‘undertake this humanitarian work both efficiently and economically’, that the gesture would ‘receive the good will of the community’, and that ‘the necessary financial support’ would be readily raised.2 The Home and Shelter, in two donated houses at 198 and 200 Cheetham Hill Road, themselves aged, was then maintaining around twenty men and women

to Liverpool Street railway station in July 1939 to witness the arrival of one transport of children coming from Berlin.2 When Panter-Downes died in 1997, the transformation of the Kindertransport into a celebrated event inside and outside Britain was yet to be completed. The lack of full awareness was reflected in her obituaries. One national newspaper dated Panter-Downes’ article on the Kinder to 1937 and located the place of arrival to Victoria station,3 while another vaguely stated that ‘In the 1930s she sold the [New Yorker] … a piece about Jewish refugee

4 ‘Refugees and Eccles Cakes’: refugee industrialists in the Manchester region In September 1967 Dr Heinz Kroch, the German-Jewish refugee from Berlin who thirty years earlier had founded the Lankro Chemical Company in Eccles, an industrial town of some 45,000 people four miles west of Manchester, was presented by the Mayor of Eccles with a casket and scroll to honour his admission to the Roll of Freemen of the Borough.1 It was an occasion notable, amongst other things, as the first on which the Freedom had been conferred on anyone who had not served on the

, who distanced themselves from v 172 v Arthur Schnitzler after the First World War them. To cite his friend and literary colleague Jakob Wassermann: ‘When I saw a Polish or Galician Jew, when I spoke to him … I felt sadness and pity, but there was no sense of brotherhood. He was entirely foreign to me … and when there was no individual sympathy, he even repelled me.’21 Since Galicia was the scene of repeated Russian invasions until 1917, Jewish refugees had been steadily streaming into Vienna since 1914. The Russian army occupied Galicia until late 1915, during

political affiliations. Jewish refugees were in many cases helped by their British co-religionists – via the Jewish Refugees Committee, for example ‒ as were Christians by such bodies as the Church of England Committee for Non-Aryan Christians. When the refugees began to establish their own organisations in Britain, these frequently enjoyed the backing of British patrons from a variety of walks of life whose support was vital in legitimising their existence, not least in the eyes of the general British public. When, for example, the first of the Austrian refugee groups

also clung to their new homes, for fear that the Russians would mount new offensives and return to Galicia. As a result, reports show that, in October 1915, while 60,000 refugees had some means of support in the capital, a further 125,000 were homeless and penniless. 42 Jewish refugees increasingly felt public opinion turn against them, and, over time, even some of Vienna’s own Jews proved to be hostile. Some complained that Galician Orthodox Jews, who continued their long-established custom of wearing considerable amounts of jewellery, should have known better