In this book I will introduce readers to the cinema of Louis Malle (1932–95). Malle needs little further preliminary discussion here. His is a body of work that most film critics around the world recognise as being one of the most productive in post-war international cinema, including as it does triumphs such as Ascenseur pour l’échafaud (1957); Le Feu follet (1963); Lacombe Lucien (1974

Lacombe Lucien has polarised critical opinion and sharply divided audiences in their views of Louis Malle. On the release of the film in 1974 critics on the left-wing of the political spectrum saw the work as a pernicious attack on the heritage of the resistance and the social struggle more generally. Malle’s film had to be unmasked for what it was: a bourgeois manipulation of the historical record

aesthetics of Louis Malle’s cinema Although Malle contributed to a variety of genres of film ( film noir ; comedy western; heist caper; theatrical drama, to name but a few), underlying consistencies bring a sense of unity to his cinema. Throughout the fictional oeuvre, Malle repeatedly explored individual protagonists, or small groups of people, and dissected their complex inner lives and social experiences. In the course of his

-old Louis Malle, 15 January 1944 was probably going to be another mundane Saturday of classes in his still relatively new boarding school, the Petit Collège des Carmes. Located near to Fontainebleau, on the outskirts of Paris, the Petit Collège was a logical place to house a child in a time of war and political confusion. It was for precisely this purpose that Malle’s parents had sent him to this rural outpost of Catholic

) A world of despair: Alain (Maurice Ronet), the suicidal alchoholic in a scene from Le Feu follet (1963) Louis Malle celebrates Le Voleur , complete with a cigar and a glass of Pernod (1966) Louis Malle

This chapter presents some closing thoughts on the concepts discussed in the book. In dissecting a lifetime of ambiguity, the book has shown that there are few critical certainties when it comes to Louis Malle. This is the most fascinating quality of Mallean cinema. Malle's childhood experience of January 1944, the founding trauma, its working-through in the eventual completion of Au revoir les enfants, provides one coherent and important way to debate the director and his work. There is Malle the 1950s playboy celebrity, the soixante-huitard activist, the Frenchman at home in the USA, the professional cinéaste, producer, and documentarist. Classical realism, surrealism and cinéma direct continue to be a powerful combination that defies simplistic aesthetic classification. In filming Au revoir les enfants he systematically asserted a defence of artistic liberty against unthinking authoritarianism. Mallean film was also a journey of repeated reinvention.

-writer is much more polite than the ‘corbeau’; all the references to abortion and corruption are deleted, so that a caustic social satire becomes a much blander thriller. (For a fuller discussion, see Williams 2002.) In 1959, the weekly magazine L’Express organised a debate on French cinema between Clouzot, Jacques Becker, Louis Malle and Claude Chabrol, taken as representing the older and younger generations of ﬁlm-makers. Although the discussion ranges somewhat inconclusively over sundry topics (the cinema’s expressive strengths and limitations compared with other art 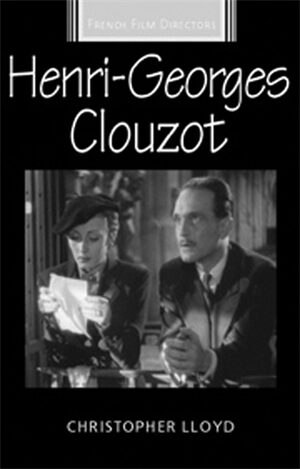 in the juxtaposed testimonies of the interviewees Du Jonchay and Duclos. It was this even-handed portrayal of the ‘popular struggle’, and the revelation that collaborators were mostly ordinary people rather than ideologues, which saw the film condemned by some on the left – along with Louis Malle’s controversial fiction film Lacombe, Lucien (1974) – for epitomising rétro cinema (see below). Ophüls followed Le Chagrin