The fate of a genre
Abstract only
Victor Skretkowicz

recurrent metaphors, Donne-like, into one another. As Mary Sidney Wroth would do in Urania , Greville veils personal criticisms in an evasive layer of rhetorical obfuscation. 65 Greville describes Elizabeth-Cleopatra as being seduced by tyrannical counsellors, particularly Lord Cobham, Robert Cecil and Sir Walter Ralegh: 66

female lover-poet mourning her male lover’s absence and inconstancy in a sequence that explores the complex – sometimes contradictory – psychology of desire and despair of the neo-Petrarchan model.15 They both reflect, I argue, the ghostly resurrection of Sappho in the Renaissance, both as a famed poet and as an Ovidian persona. There was no English translation of Labé’s sonnets, but, as an aristo­ cratic woman, Wroth would, as noted, have spoken and read French.16 In fact, we know from a letter written by Lady Huntingdon that Mary Sidney (Wroth) was sent to the 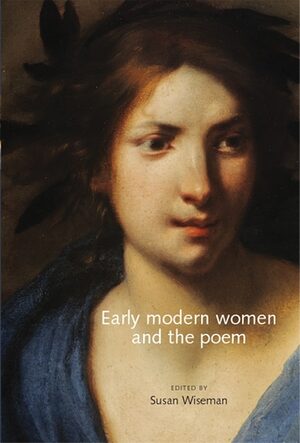 Charikliea: Royal Foundling Heliodorus’s complex account of the love, separation, loss and reunion of Theagenes and Charikleia may well be ‘the longest comic plot in history’ 1 (except, perhaps, Mary Sidney Wroth’s). It underpins the themes of restoring usurped political and personal rights, of

, written in 1664–65 by Sidney’s grand-nephew, the regicide Algernon Sidney (1623–83), the son of Mary Sidney Wroth’s brother, Robert: God had separated them [i.e., the Israelites] from all other nations, was himself their king and lawgiver, placing over them a government that ought to have been an example to all other nations

delectantur’ (B4). 58 Charikles’ desperation at being ‘sold for her money’ (1.8; Reardon, p. 181) parallels the predicament in which so many of Mary Sidney Wroth’s female characters find themselves, in The Countess of Montgomery’s Urania