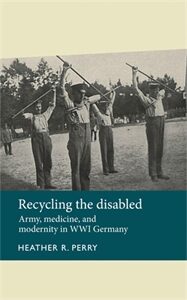 The century after the end of the Thirty Years’ War (1618–48) is usually characterised as a period of accelerated state formation within the Holy Roman Empire. 1 During this period, the close proximity and imbrication of civil and military medicine reshaped notions of military manpower as one of the key assets of the early modern state. Individual soldiers and their bodies were transformed into populations that could be measured and managed on a large scale. 2 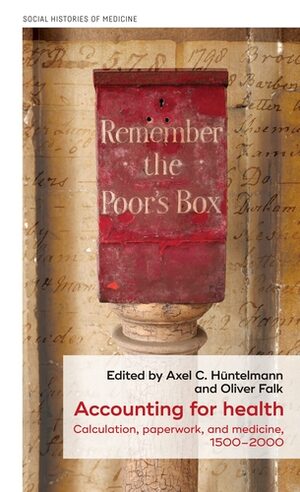 restored Stuart monarchy, as each regime in turn tried to restore peace and harmony to a divided realm. For some time now, historians of the British Civil Wars have also been interested in these issues; indeed, several have come to view the developments that took place in military medicine and pension provision as significant episodes in the welfare history of Europe. Battle-scarred examines the human cost of the conflict, and the ways in which it left physical and mental scars on individuals and communities, and more broadly on the political culture of the British Isles

appointed Master in 1646.32 Like Clarke and Meverell, Dunn displayed godly leanings. For example, in his will, he left provision for a teacher at Christ Hospital to enable the young maidens to learn to read ‘that thereby they may the better attaine unto the knowledge of God and understanding of the word’ and he funded a minister to preach at St Katherine Creechurch on 5 November each year in commemoration of  the ‘wonderfull deliverance of the Nation from the hellish Conspiracie of the Gunpowder-Treason’.33 Dunn also seems to have been a specialist in military medicine. A

. With forty-three reserve hospitals of varying size it probably offered the widest scope of care to the wounded. Its largest affiliated institution, a recently constructed insane asylum near Görden, could offer 1000 beds and a ‘curative workshop’. This kind of model system, however, could hardly be representative of what was offered in smaller, poorer, or less industrialised areas of the empire.25 Orthopaedics and the re-organisation of military medicine As noted, on the eve of war the Medical Department comprised 2480 MOs and 5043 NCOs.26 They were quickly

’s severely disabled soldiers. As the quote at the beginning of this introduction makes clear, by late 1918 the manpower shortage had become so severe that the German Army was demanding that even soldiers categorised as being 50 per cent disabled, that is, having lost a limb or more, were to be re-deployed in the service of the fatherland. More than a history of military medicine, this is a study about the increasingly entwined relationship between medicine and war in the waning stages of the German Empire. Specifically it traces the ‘medicalisation of war’ under the

men, arguing that medical personnel were one of the largest groups of academically trained professionals participating directly in the war effort. 33 In 2010, Mark Harrison, in his groundbreaking study The Medical War: British Military Medicine in the First World War , has explored the role of the British Army medical services in the First World and detailed the development of the casualty clearing

Ireland's share of the population of the British Isles. 2 Moreover, this contribution to British military medicine was exceptionally high in comparison with Ireland's contribution to the rest of the British Army: from 1905 to 1913 and again from 1919 to 1921 Ireland provided about 9 per cent of the recruits to the enlisted ranks of the army – a proportion which declined