What is it like to be a Muslim possessed by a jinn spirit? How do you find refuge from madness and evil spirits in a place like Denmark?
As elsewhere in Europe and North America, Danish Muslims have become hypervisible through intensive state monitoring, surveillance, and media coverage. Yet their religion remains poorly understood and is frequently identified by politicians, commentators, and even healthcare specialists as the underlying invisible cause of ‘integration problems’.
Over several years Christian Suhr followed Muslim patients being treated in a Danish mosque and in a psychiatric hospital. With this book and award-winning film he provides a unique account of the invisible dynamics of possession and psychosis, and an analysis of how the bodies and souls of Muslim patients are shaped by the conflicting demands of Islam and the psychiatric institutions of European nation-states.
The book reveals how both psychiatric and Islamic healing work not only to produce relief from pain, but also entail an ethical transformation of the patient and the cultivation of religious and secular values through the experience of pain. Creatively exploring the analytic possibilities provided by the use of a camera, both text and film show how disruptive ritual techniques are used in healing to destabilise individual perceptions and experiences of agency, so as to allow patients to submit to the invisible powers of psychotropic medicine or God.

Haunted presents
Abstract only
The Holocaust as a yardstick
Amikam Nachmani

3 Haunted presents: the Holocaust as a yardstick The memory of the Holocaust is intensively used, often as a theoretical and practical yardstick, by both Muslim migrant minorities and the European ‘white’ majority. The fate of European Jewry in World War II is highly discernible in the perceptions and mutual relations between Europe and its Muslim migrants. Muslim migrants’ attitudes towards the Holocaust’s legacy constitute a useful starting point. With necessary caution one can say that, with exceptions, Muslims in Europe are ill-disposed to accept that the

questions and difficulties encountered by 170 Haunted presents minorities. It has developed since the mid-1990s, mainly for Muslims living in North America and Europe, that is, for those who do not dwell in Muslim countries as Muslims are meant to. Fiqh al-Aqalliyat was first developed by Taha Jaber al-Alwani mainly for North American Muslims, and by Yusuf al-Qaradawi for Muslims in Europe. Both are graduates of Al-Azhar University in Cairo.7 Specifically, these transplanted Muslims are no longer living in Dar al-Islam, the abode of Islam, where Muslim law prevails

Young Muslims as insiders and outsiders
Abstract only
Orla McGarry

-three teenagers, it explores factors mediating exclusion and inclusion, examining the strategic and innovative approaches of Muslim youth to negotiating their inclusion in Irish society. Age at the time of immigration is underlined as a major factor affecting the experiences of young migrants which is frequently overlooked in policies and initiatives aimed at fostering inclusion. The chapter engages with wider debates regarding expressions of ethnic and religious identity by young Muslims in Europe. It critiques essentialist views of contemporary pluralist society which

and Schönwälder, ‘How the Federal Republic became an immigration country’. See Zachary Shore, Breeding Bin Ladens: America, Islam, and the Future of Europe (Baltimore MD, 2006); and Bruce Bawer, While Europe Slept: How Radical Islam is Destroying the West from Within (London, 2006). For an insight into the relationship between Islam and Europe more widely, see Bernard Lewis, Islam and the West (Oxford, 1993); and Iftikhar H. Malik, Islam and Modernity: Muslims in Europe and the United States (London, 2004). 3940 Foreigners, minorities and integration:Layout 1 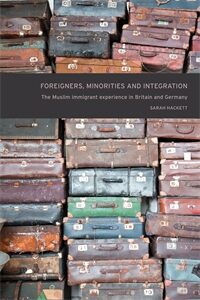 Muslims in Europe, but he also attracts extraordinary hostility. He is frequently identified as a spearhead of the Muslim Brotherhood, charged with spreading Sharia to Europe and North America, but in an insidious way that permits him to be intermittently critical of the Brotherhood. The principal evidence supporting this theory, which cannot be decisively refuted because the

exceed 5,000. (It is not rare to find estimates three, four or more times greater than this figure.4) Fighting in the name of Islam wherever it is attacked by the kufr, the infidels, is seen as a means to solidify the nation of Islam, the ummah. In a nutshell, second- and third-generation Muslims in Europe have lost any affiliation to their parents’ and forefathers’ countries of origin. This is coupled to a deep sense of alienation and estrangement within their European host countries. These young people become Jihadists who nurture a contempt for the artificial

European realities
Abstract only
Aspects of the ‘triangular’ relations between Europeans, Muslims and Jews
Amikam Nachmani

2 European realities: aspects of the ‘triangular’ relations between Europeans, Muslims and Jews Who are the Muslims in Europe? Who are the migrants in the various European countries? For example, 10 per cent of the 16.3 million Dutch population are immigrants; 886,000 of them, 5.5 per cent, are Muslims, mainly Moroccans and Turks; 60 per cent are under 35, compared to 40 per cent in the general Dutch population. Many of the allochtonen (immigrants) live in ‘the Muslim ghettos’ that nowadays surround the Dutch urban centres. So much of what tolerant Dutch society

the stories implied in the words chosen. As discussed earlier in this book, Derrida weaves a narrative of different kinds of hospitality that are more or less open to the guest, more or less open to the other. Drawing on his writing on hospitality, Meyda Yeğenoğlu argues for a more generous version of hospitality in Europe, one in which ‘Europeans’ would give up some of their sovereignty as hosts in order to open the door, so to speak, to Muslims in Europe. In this laudable call for a political hospitality that comes closer to Derrida’s unconditional ethical 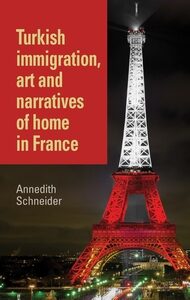 occurred through three clearly identifiable discursive practices. First, the document articulated an assumption that the only way to defeat ‘Al-Qaida and those inspired by them’ would be through ‘engagement of the public, and especially Muslims, in Europe and beyond’.30 It also stated that the EU welcomed ‘the strong stance that the people of Europe and beyond, including Muslims, have taken to reject terrorism and urges them not to relent in their condemnation’. Second, it outlined what the main provisions of the policy would consist of. It explained that the central 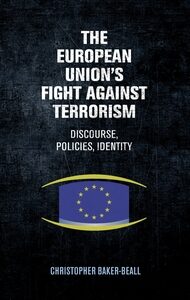