were made in imperial settings. Monarchy, photography and the Netherlands East Indies Queen Wilhelmina was by no means alone in never personally touring her colonies. Queen Victoria also preferred to stay at home. Nevertheless, royal tours were increasingly common in these queens’ lifetimes: the Belgian Prince (later King) Albert travelled to Congo in 1909; the Italian King Vittorio Emanuele III visited Somalia in 1934 and Libya in 1938; no fewer than eleven British royals toured Ceylon, from the 1860s to 1947

Photographs of games and competitions, traditional dances adapted to new purposes and the distinctive costumes of folk and ethnic ‘types’ at royal celebrations appeared frequently in the photographs of European elites throughout the Dutch colonial world. 3 In the Netherlands East Indies, such photographs attest to the labour migrations encouraged or coerced by Dutch colonial agriculture and industry. They depict the mixed and mobile Indonesian communities whose cultural forms were given a space for display at festivals for

. Indonesia’s 17,000 islands, 300-plus ethnic groups, sultanates and statelets merged piecemeal into a single political entity through actions of the Dutch over three centuries. Today’s Republic of Indonesia is the successor state to the colony known as the Netherlands East Indies and has the same boundaries. Older history books narrated Indonesian history as a series of broken sequences. Opening chapters began

counterparts in the British empire, the men appointed as governors-general of the Netherlands East Indies often had a class-based affinity with the Dutch crown. 13 Of the ten men who served during Wilhelmina's reign, half were aristocrats themselves, mostly jonkheeren (noblemen) and one graaf (count). 14 Governors-general were answerable to the Dutch parliament through the Minister for the Colonies in The Hague. But in the Indies, much like the viceroys of British crown

armed services, or military commanders in bitter dispute with civil administrators. In the Netherlands East Indies by the 1920s, tension between the army and navy was such that the former was in constant fear that it might be reduced to a mere gendarmerie. The RAF, desperate to maintain its autonomy, frequently fell foul of the military in the 1920s as it argued its case for a role in the Middle East and 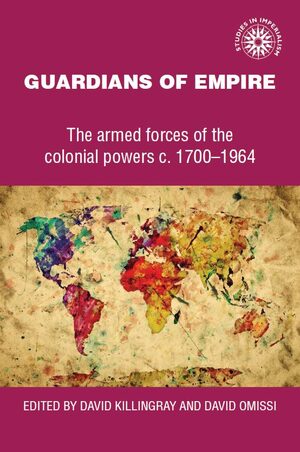 Royal tour by proxy
Abstract only
The embassy of Sultan Alauddin of Aceh to the Netherlands, 1601– 1603
Jean Gelman Taylor

Indonesian archipelago. It was incorporated into the Netherlands East Indies in 1903 and has been a province of Indonesia since its declaration of independence from the Netherlands in 1945. 2 The prestigious title Sayyid al-Mukammal states the sultan’s claim to being of the same tribe as Muhammad

the baser human passions, and was thus a favoured entertainment for Javanese royalty. 2 At celebrations for the Dutch monarchy in the Netherlands East Indies (colonial Indonesia), such courtly dances were frequent at the gala performances sponsored by Dutch officials and Javanese aristocrats during the festivities they were obliged to host. 3 However, the December 1936 performance was the first of its kind at a Dutch court