1.4%, a goal that was exceeded by 2018. Despite its small size, the Montenegro plans were compatible with alliance standards and a meaningful contribution of its own. North Macedonia In the period leading up to the 2008 NATO Summit, North Macedonia/Macedonia held PfP status and was very interested in becoming a full alliance partner. At that meeting, Georgia and Ukraine held similar positions about the

Conclusion
Abstract only
Moving beyond the 15– 20–year anniversaries to stable policies in a time of constant political turmoil
James W. Peterson and Jacek Lubecki

with the Albanian communities in Kosovo and North Macedonia, steps that have impacted any relations with Serbia. Three former Yugoslav Republics have also experienced the same level of equilibrium between surrounding, potential tensions and protection of their own security. Slovenia was a quick entrant to the EU and NATO, while those alliance connections came a bit later for Croatia. However, both have

security overall. Nowadays, Slovenian police forces support North Macedonian 6 forces for controlling the migration movements and for border control. 7 After the construction of the Hungarian border fence and Germany’s shift in its migration approach, Slovenia moved to the stronger protection of external borders from its previous humanitarian approach. The country’s capacity

in Iraq and Afghanistan. In addition to this fundamental “realist” and geopolitical factor of divergence, the Balkans represents its own system of geopolitical insecurities determined by pro-Russian (Greece, Serbia, partially Bulgaria) and anti-Russian (Croatia, North Macedonia, Kosovo, and Albania) countries. Neighboring Turkey is a traditional NATO partner but has moved in an authoritarian and pro

As I sit down to finalise this conclusion, the European Championships in international football have just started. Austria's victory over North Macedonia during the first round of games was marred by controversy. Austrian striker Marko Arnautović celebrated his goal furiously: shouting, finger pointing, restrained by his teammates. Arnautović has roots in Serbia, who have a strained relationship with Albania. It is alleged that Arnautović's fury was aimed at North Macedonia's Gjanni Alioski, who has Albanian roots. The North Macedonian 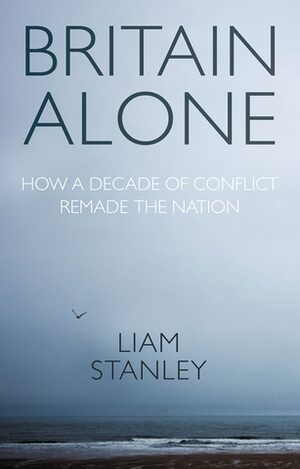 restricting the rights of Romani asylum seekers emerged during the process of the Schengen visa liberalisation for the Western Balkan countries. The Schengen visa requirements for the three post-Yugoslav countries (Serbia, Montenegro and North Macedonia) were lifted in late 2009, and, in late 2010 they were lifted for Albania and BIH also (Kacarska, 2015 : 363). As stated by one of the reports from the European Migration Network, an EU-funded group, on the visa liberalisation's impact on destination countries: ‘Several Member States of the EU (Germany, Sweden, Belgium

Out of ignorance and despair?
Open Access (free)
Sabotage as a citizenship enactment at the fringes

people with a different immigrant status) who can prove their identity. It was citizenship sabotage, an incognito act of lending and borrowing health insurance cards, that revealed this problem. Through the efforts of legal NGOs and advocacy groups, statelessness came to the agenda of international organisations such as the UNHCR. As part of the #IBelong campaign, the UNHCR published a short video on the predicament of Romani individuals who face statelessness in the former Yugoslavian country of North Macedonia. The initial caption of the video

I have made more than 20 formal applications for documents since 1991. I even visited the Ombudsman's Office. They [the authorities] didn't explain things to me, they just asked for documents that I don't have. Haidar Osmani, stateless Roma in North Macedonia, quoted in UNHCR statelessness report (UNHCR, 2017c : 27) This is a problem many believe has been