Clear All
Download Citations
Page:1234567891011 ...
Norway and Ireland
Abstract only
Too different to compare?
Amanda Slevin

8 Norway and Ireland: too different to compare? Often referred to as Norway’s oil ‘adventure’, the story of how Norway used its oil and gas resources to become a highly developed society has nearly achieved folklore status. Lauded for one of the most balanced and successful approaches to state resource management globally, Norway’s achievements are frequently used as a benchmark against which other countries are judged. In Ireland, comparisons with Norway are often derided by oil industry representatives and some politicians, or hailed as a prototype and 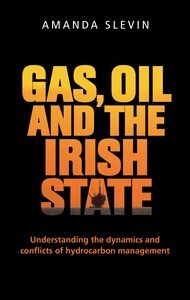 11 The Norwegian Mobile Army Surgical Hospital: Nursing at the front Jan-Thore Lockertsen, Ashild Fause, Christine E. Hallett and Jane Brooks ‘Why I did go to Korea? I guess it was the same reason that I left my home and travelled 1,000 kilometres to train as a nurse. I was young and adventurous.’1 The Korean War is ‘the forgotten war’, the war ‘in between’ the Second World War and the Vietnam War. Margot Isaksen was one of the 111 nurses who served as a ward nurse or theatre nurse at The Norwegian Mobile Army Surgical Hospital (NORMASH) in the period during

The construction of ethnic identity can draw on many sources, including traditions, social practices, and written texts. Different groups, of course, utilise these sources differently, and in the case of Norwegian-American ethnicity, Old Norse texts have been particularly influential, whether directed towards scientific, stylistic, populistic, or even political ends. One historical indication of this importance is the fact that the publication of Old Norse literature has sometimes accompanied grand occasions of symbolic ethnic display, perhaps the grandest of

comprehensive databases for ‘grey’ literature, including evaluation reports. The available resources regarding evaluations in South Sudan suggest that only a few evaluations are publicly available. For example, one evaluation database (discussed in more detail below), which is updated to 2015, identifies only three evaluations related to South Sudan. In 2016, the Norwegian Agency for Development Cooperation (Norad) compiled an ‘Evaluation Portrait’, outlining 24 evaluations (covering 2010 to 2015), which appears to be the most extensive collection of evaluations conducted in

( Save the Children, 2017 ) and the Radi-Aid research report ( Girling, 2018 ), a collaboration with the University of East Anglia, address many of the criticisms raised by the use of photography among aid agencies – including the lack of alternative representations and the White Saviour complex – and call for more visual ethics. (Radi-Aid was a satirical campaign (2013–17), initiated by the Norwegian Students’ and Academics

, implying the transfer of responsibility – and often risk – to local staff or local partner organisations ( Stoddard et al. , 2010 ). International humanitarian agencies have also evacuated civilians relatively frequently in recent years, mainly from siege environments ( Norwegian Refugee Council, 2016 : 5). However, such evacuations are usually to another site in the same country, and the expectation is that local

were two kinds of relief group: those who professed neutrality and the very few who did not. The most prominent among the latter was Norwegian People’s Aid, which used to run newspaper adverts stating that it wasn’t neutral like MSF and others, but that it supported the rebels. It is understandable that mainline humanitarian groups working with migrants don’t want to be so unequivocal. But sooner or later they will have to be, and not just on the personal blogs of individual aid workers. Humanitarianism has weathered many crises, and perhaps it

Talabi . National Film Board ( 2009 ), Racism. Stop It! National Video Competition. The National Film Board Facilitator’s Guide . In collaboration with the Multiculturalism Program of the Department of Canadian Heritage . Nobel Women’s Initiative & The International Campaign to Stop Rape and Gender Violence in Conflict ( n.d. ), Beauty in the Middle: Women of Congo Speak Out , www.beautyinthemiddle.org/ (accessed 8 January 2021 ). SAIH ( 2021 ) The Norwegian Students’ and Academics’ International Assistance Fund

phenomenon. In conversation, a former Norwegian Refugee Council camp manager in DR Congo described to me how night raids were used to facilitate aid delivery to a war-affected population. In the camp, located outside Goma, there had been unrest, including shooting, at aid distribution points. UNHCR dispatched technical staff from Geneva to handle the situation. After what my informant described as ‘minimal briefing’, in which camp officials were told to be ready at 1