Clear All
Download Citations
Page:1234567891011 ...
English Petrarchism
Abstract only
From commentary on poetry to poetry as commentary
William John Kennedy

meanings from ancient texts came to include modern vernacular texts by Dante, Petrarch and Boccaccio. The development of print technology in the fifteenth century spread printed editions of these authors with accompanying commentaries throughout Europe. Through these channels sixteenth-century English poets received Petrarch’s Rime sparse in richly annotated editions that

Prominent among the personae adopted by Elizabeth I in her self-presentation is Petrarch’s Laura, the unattainable love-focus of the Canzoniere and the central figure in the Triumphs . 1 It is easy to blur these two Lauras into one another, and indeed at various points in her life Elizabeth gained political capital from identification with each of them. In

’s capacity to bridge not only spatial but temporal distance, we may look to a famous moment often seen as marking the birth of the Renaissance. In 1345, Petrarch visited the cathedral library at Verona and discovered, lying buried in obscurity there, a collection of hundreds of Cicero’s private letters to his friend Atticus, with some to his brother Quintus and to Brutus. Moved by the freshness and immediacy of Cicero’s voice in these letters, and taken aback by the human character flaws they reveal in a writer famed for his moral teachings in the orations and

also provides extracts from Petrarch and Alciati in this chapter, and it is a technique that he continues to utilise in the Second Frutes . The final chapter of the later manual contains further extracts from both Ariosto and Petrarch, including a substantial quotation and translation from the latter’s Trionfo della Pudicizia , this time replicating the terza rima in English. There is 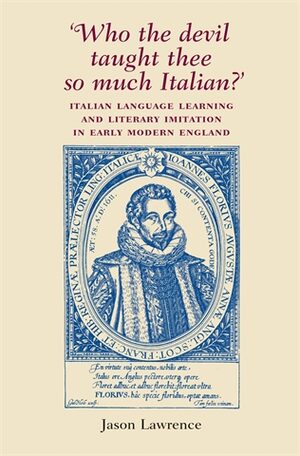 ‘Where shall I turn me?’
Abstract only
Italy and irony in Beppo and Don Juan
Diego Saglia

. To be sure, intertextual references in these cantos are not limited to Italian writers. Yet, of all the hints and echoes resonating in them, those about Italian literature stand out as the most numerous to be consistently drawn from one national tradition, and because they concern the three pillars of that tradition (Dante, Petrarch and, to a lesser extent, Boccaccio) alongside such stalwarts as Pulci and Ariosto. References to Italian authors in the early cantos of Don Juan also stand out because of their textual distribution. Though Pulci and Ariosto are the most

for analysis. These were not simply labels but signifiers of a multiplex educational and rhetorical system that authors imbibed from their Erasmian humanist schooling and that dominated their professional writing lives. They helped integrate the promulgation of literacy, the teaching of languages, the art of memory, and the production of salient discourse. Accordingly, as Heywood originally translated the Ars in his deftly undermining way, he reconfigured it into his language and time by inhabiting the ancient poet and poem as Ben Jonson, Petrarch, and Quintilian

, Heather Campbell in ‘“And in their midst a sun”: Petrarch’s Triumphs and the Elizabethan Icon’ notes that a good deal has been written on the subject of Elizabeth’s identification with Petrarch’s Laura, but that the emphasis tends to have been placed on the Laura of the sonnets. Campbell contends, however, that before 1558 I Trionfi was by far the more popular of Petrarch’s vernacular works and, in

‘In no poetry more than the religious did the English genius in the seventeenth century declare its strong individuality, its power of reacting to the traditions and fashions which, in the Elizabethan age, had flowed in upon it from the Latin countries in Europe’, announced Herbert Grierson in the introduction of his 1921 Metaphysical Lyrics and Poems . 1 One of the ‘traditions and fashions’ to which Grierson alludes is of course Petrarchism: from Donne’s choice of the sonnet as a locus of repentance to Herbert’s or Quarles’s amorous 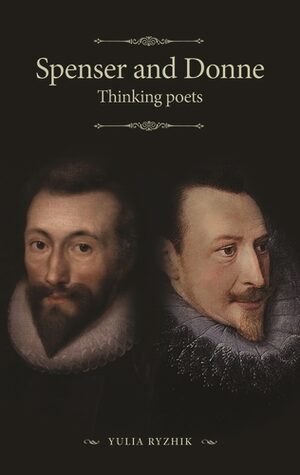 Early modern theories of the sonnet
Abstract only
Accounts of the quatorzain in Italy, France and England in the second half of the sixteenth century
Carlo Alberto Girotto, Jean-Charles Monferran, and Rémi Vuillemin

Introduction According to Stephen Clucas, the last decades of the sixteenth century in England witnessed ‘a compressed reception of the Petrarchan tradition’: 1 poets, including sonneteers, were inspired by Petrarch, by his Italian and French imitators and, to a large extent, by the imitators of those imitators. This sense of temporal compression