1 Introduction For so long an enfant terrible of the American literary world, Philip Roth may now be considered one of its elder statesmen. He has published eighteen full-length works of fiction in an oeuvre that spans high seriousness (Letting Go (1962)) and low humour (The Great American Novel (1973)), expansive monologue (Portnoy’s Complaint (1969)) and elliptical dialogue (Deception (1990)), spare realism (When She Was Good (1967)) and grotesque surrealism (The Breast (1972)). In addition to the novels for which he is most renowned, Roth has also published

mimetically an objective, external reality; at worst, a tool deployed by ideological state apparatuses (schools, colleges, the media) to reinforce the political status quo, promoting an idea of normative values that underpins the Capitalist system. In the last decade of the twentieth century and the first of the twenty-first, attempts have been made to bridge this chasm: Robert Siegle posits the 48 Philip Roth existence of a ‘two way corridor’ or ‘permeable membrane’ in contemporary American fiction, implying reciprocal exchange and fluid movement, rather than fixed

The trials of Nathan Zuckerman, or Jewry as jury
Abstract only
Judging Jews in Zuckerman Bound
David Brauner

, real and imagined, are ubiquitous in the work of Philip Roth. From Peter Tarnopol’s lengthy divorce litigation in My Life as a Man and the fantastical indictment of Alexander Portnoy at the end of Portnoy’s Complaint, to Mickey Sabbath’s arraignment on charges of obscenity in Sabbath’s Theater, to the historical court case of John Demjanjuk that dominates the opening of Operation Shylock, the trial is one of Roth’s favourite tropes. Frequently employing a confessional mode in his fiction, Roth noted early in his career that ‘the question of who or what shall have

’s utopia of let’s pretend, the Jew’s utopia of not being Jewish, to name only the grandest of her projects to deodorize life and make it palatable.’ (Roth 1998: 179) The musicians had laid bare the youngest, most innocent of our ideas of life, the indestructible yearning for the way things aren’t and can never be. (Roth 2000: 207) Philip Roth’s fiction has always been characterised by the tension between the individual capacity for self-determination and the deterministic forces of history; between seductive dreams of harmony, idealism and purity and the troubling

in 1973 (reprinted in Reading Myself and Others), Philip Roth recalls how he came upon a letter from Herman Melville to Nathaniel Hawthorne, in which Melville describes his elation upon completing Moby Dick: ‘I have written a wicked book, and feel spotless as a lamb’ (Melville quoted in Roth 2001a: 76). Roth ‘pinned it up along with the other inspirational matter on [his] bulletin board’, while at the same time acknowledging to himself that ‘no matter how hard [he] tried, he could never really hope to be wicked’ (76). This tension – between the desire to be morally

opportunistic exploitation, of human suffering.6 While there may have been a degree of self-pity and self-dramatisation in Foer’s observation in an interview that he had become ‘the most hated writer in America’ (quoted in McInerney 2005: 6), some of the reviews of Extremely Loud and Incredibly Close smacked somewhat of schadenfreude, their 188 Philip Roth authors apparently relishing the opportunity of putting this young upstart firmly in his place. Even those who were broadly sympathetic tended to qualify their praise with the recommendation that Foer exercise greater

that had lived and died before 220 Philip Roth us’ (51). It is precisely because death is final and absolute, the novel implies, that it is so shocking. For all the obvious differences of form and sensibility, however, the two Everymans share certain structures. For example, the medieval Everyman’s anguished exclamation when he realises that his time on earth is up – ‘O Death, thou comest when I had thee least in mind’ (described by Roth in interviews as ‘the first great line in English drama’) – is echoed in the description of his modern counterpart’s state of 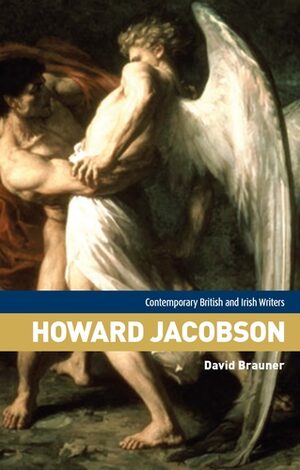