their role as the paramount power and guarantor of the Indian princes’ autocratic regimes, had maintained superiority and power over some 562 rulers for nearly ninety years via various treaties and other arrangements. These would end, or lapse, after the British departure. Thereafter, some princely rulers, along with the leaders of the soon-to-be-created political entity of Pakistan, believed that the princely states (‘Princely India’) would be independent. That is, they would not have to join either India or Pakistan. Maharaja Hari Singh, the ruler of the princely

movement grew, however, the political cocoon which paramountcy wrapped around the princes began to be punctured. Communal organisations such as the All India Muslim League (1906), the All India Hindu Mahasabha (1915) and the Akali Dal of the Sikhs (1920) began ‘infiltrating’ the borders maintained between British and princely India. For a long time the princely states, of course, had prided themselves in embodying a secular and syncretic culture. ‘So in the states generally,’ opined Bikaner’s Maharaja Ganga Singh in an address to mark the 1932 new year, ‘the communal

India) and indirectly controlled the other third. That third was princely India, territory ostensibly ruled by some 600 to 700 princes known under a range of titles, variously maharaja , raja , rana , rao , maharao , nizam and so on, according to family and lineage tradition. The princes had their own bureaucratic structures by which they governed their territories while they ensured

reform. However, although they may have admired European practices and adopted many of them, they undoubtedly did not regard themselves as second-class citizens. Whereas the British took the view that politically they were superior partners in an unequal relationship between Britain and princely India, the Indian rulers saw matters differently. They were well aware that in order to exist they needed the British, but every ruler, major

of the state's international status, but it didn't. Immediately, India made Pakistan a formal party to the Kashmir dispute by offering J&K-ites a plebiscite to decide whether their state would join India or Pakistan. 3 This was unnecessary. Had India followed the established decolonisation process for Princely India – the full integration of the princely state into the dominion to which the ruler acceded – this would have made Singh's accession ‘final and absolute’. 4

Decolonised rulers
Abstract only
Rajas, maharajas and others in post-colonial India
Jim Masselos

operating within the demands of the value systems that attached to the princely states. Critical in the 1950s and 1960s was the way in which an emotional sense of approval, a pleasing attitude to the princes, was being created, not only within India but outside it. Large exhibitions in the major European and American museums devoted to the arts and crafts that the princes had once patronised further promoted princely India as a popular tourist destination and increased understanding of its cultural achievements. 28 Back in India, a generalised sense of goodwill towards

players, and the evolution of imperial concepts of education, hierarchy and community. Recent historians of princely India have proceeded upon the assumption that the First World War marked a watershed in princely politics, ending the isolation of the ruling chiefs and involving them in a wider field of Indian and imperial affairs. 38 There is no reason to contest this assumption as long as its scope is narrowly political. At the level of “culture,” however, the introduction of the princes to the world outside their states 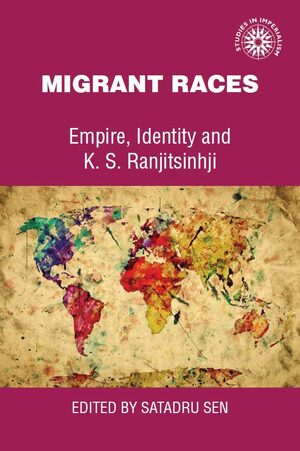 . ‘Princely’ India encompassed over six hundred states – from ones as large as some European countries to others barely bigger than small towns – over which reigned hereditary sovereigns bearing a diversity of titles. Most threw their weight behind the British paramount rulers and reaped benefits from their accommodation. As in Indonesia, their position on independence, and their fate in an independent India and Pakistan, was a subject of intense debate and manoeuvring. Jim Masselos, in this volume, charts the ways in which the maharajas and other princes navigated through

expecting, change to occur. His experiences show that this ruler had been well informed about some previous political developments concerning India and its eventual post-British future. He had, for instance, been a member of the Standing Committee of the Chamber of Princes that met with British officials who conducted an enquiry into the Indian States throughout Princely India and in London in 1928, and which also visited Kashmir. 52 Similarly, he was a representative in the Indian States Delegation that attended the First