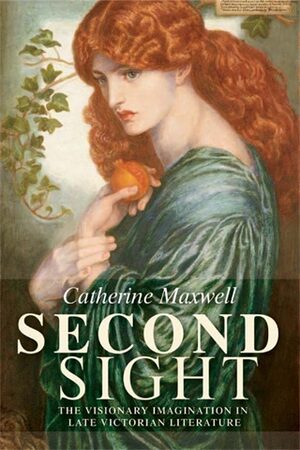 This chapter examines and reassesses some accounts from early modern Scotland referring to a constellation of diverse supernatural abilities, primarily relating to premonition and clairvoyance, often described in English as Second Sight, and in Scottish Gaelic as an dà shealladh or taibhsearachd . It is indebted to the scholarship of numerous historians of early modern thought, religion and popular belief, in particular the work of Michael Hunter, whose annotated sourcebook The Occult Laboratory offers an essential and accessible introduction to the

/ Stare of the mind’ (‘In Front of the Landscape’; Hardy 1976, 304) in which they are further ‘exalted’ – that ‘intenser stare’ being synonymous with Ruskin’s ‘spiritual or second sight’ which ‘exalts’ visible objects (Ruskin 1903–4, 5.355). As preliminary illustration of this process, my discussion of Hardy opens with an examination of three poems. I choose the first, ‘The Lodging-House Fuchsias’, a poem from his last and posthumously published collection Winter Words (1928), partly because it is a poem singled out by Hynes for criticism as

Second Sight , the title of this monograph, rather than implying a focus on esoteric practices such as spiritualism and clairvoyance in the late Victorian period, denotes the visionary imagination and the way that it either, as Shelley puts it, sees ‘the manifestation of something beyond the present & tangible object’ (Shelley 1964, 2.47) or imaginatively transfigures that object, as Ruskin puts it, when he states that ‘the power of the imagination in exalting any visible object … [is], as it were, a spiritual or second sight’ (Ruskin

Of Venus, vagueness, and vision
Abstract only
Vernon Lee, Eugene Lee-Hamilton, and ‘the spell of the fragment’
Catherine Maxwell