article of (bad) faith. If there was something slightly desperate, even hysterical, about Portnoy’s sexual hijinks, Sabbath’s concupiscence is atavistic, the expression of a primitive comic priapism; at once a defiance and an affirmation of mortality. In this chapter, I will discuss in some detail this relationship between morality, mortality and masculinity in Sabbath’s Theater, as well as pointing out some resemblances between Roth’s novel and ‘The Guest’ (1966), a short story by one of Roth’s Jewish-American contemporaries, Stanley Elkin, and No More Mister Nice Guy

of the black past increased dramatically during the 1950s and 1960s with the rise of Martin Luther King and the Civil Rights Movement. Some historians, such as Leon Litwack, August Meier, Allan Spear and Howard Zinn, combined academic research into black history with active participation in the civil rights struggle. In a major departure from the Ulrich B. Phillips tradition, liberal white historians Kenneth Stampp and Stanley Elkins provided seminal new studies on slavery that examined the Peculiar Institution from the perspective of its black victims rather than

Sheffield’s vision
Abstract only
The American Revolution and the 1783 partition of North America
Eliga H. Gould

persuaded Versailles to open France’s heavily protected domestic markets, flooding them with cheap, well-made British goods. 35 Eventually, in pursuit of what Ronald Robinson and John Gallagher would call the imperialism of free trade, the British did the same with Spain and Spanish America. 36 In the latter case, Napoleon and the collapse of the Spanish Bourbons played a role in opening new markets, but Britain also benefited from having treaty partners whose belief in free trade was so ‘doctrinaire’, as Stanley Elkins and Eric McKitrick have written, ‘that they had 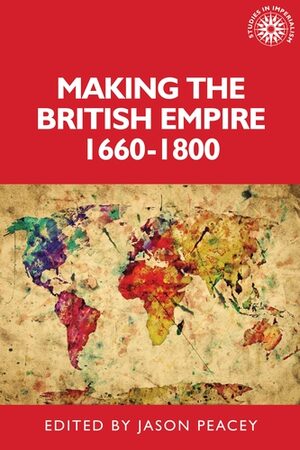 throughout his book Comic Sense: Reading Robert Coover, Stanley Elkin, Philip Roth (1994); Stephen Wade suggests that although ‘in Roth one may discover vestiges of realism . . . he is notoriously metafictional in The ‘credible incredible’ 49 the widest sense’ (Wade 1996: 15) and Lilian Kremer claims that ‘Roth’s best work combines Hebraic moral conscience with postmodern artifice’ (Kremer 2002: 49). Some critics see Roth’s postmodernism as a decisive shift away from the more conventional fiction of his early career: Robert M. Greenberg notes that since Zuckerman Bound