a eulogy by Stanley Wells and ends with a tribute from Terry Hands), and later we find ourselves in an oak-panelled room at Court Lodge with Paul, Stanley, Paul Prescott and Michael Dobson. 4 Paul Edmondson and I swap impressions of the Globe production (he didn’t care for the doubled Dukes either), and the conversation turns to As You Like It : Paul tells me of a poem by Wendy Cope, pinned up in the 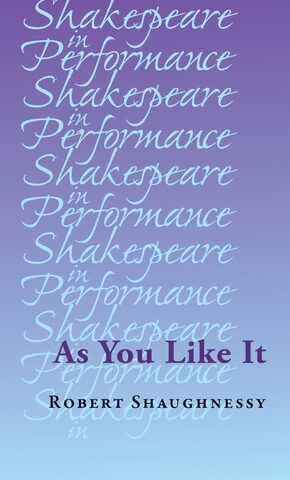 remedies’ (2.2.153–5), ‘[f]or this enormous state’ can be interpreted as ‘on behalf of England’, 8 according to Stanley Wells. But Cordelia’s army, unlike Bolingbroke’s, is no ‘war machine’ and is beaten by the enemy. Bolingbroke’s re-appropriation of his inheritance cannot be dissociated from reprisal. There are no less than three reasons for him to settle the score: Gloucester’s opaque murder, his unjust

-stage renditions cannot help but expand our understanding of the potential in this script. Stanley Wells argues, moreover, that, after the example set by Deborah Warner, ‘subsequent directors will have far less excuse than before for evading its problems by textual adaptation or by evasive theatricalism’. Progress has been and is being made. Nonetheless, the long tradition of Titus- bashing has left its mark. The jokes and burlesques continue. Few theatrical professionals are willing to emulate Warner and her cast so as

that they have heard. Stanley Wells has written that this is a moment when ‘the audience is made aware of the play as a mimetic representation, in which they are conscious of the play as play, the actor as actor; for the performers they are watching are in fact enacting the “lamentable tale”, and the audience are the hearers who, if the actors succeed, will go “weeping to their

. 4 Candidates for the dark lady have included Mary Fitton, mistress of William Herbert; 5 the Oxford innkeeper Jane Davenant; 6 and most recently ‘Black Luce’ (a.k.a. Lucy Negro), a Bankside prostitute nominated by G. B. Harrison. 7 Surveying the arguments for each of these women, in 2004 Paul Edmondson and Stanley Wells concluded

and Stanley Wells, eds, Twelfth Night, or What You Will, The Oxford Shakespeare (Oxford: Oxford University Press, 1994), 104n. 13 Not incidentally, in Act 5 Shakespeare jokes about the rigid linking of scriptural readings to specific dates. Feste declares