The Weimar Republic, fourteen years of turbulent political, economic, social and cultural change, has attracted significant attention from historians, primarily because they are seeking to explain the Nazis’ accession to power in 1933. In their search for continuities in German history, German historians in the 1960s and 1970s espoused the view that Germany had followed a special path, a Sonderweg , in which, following the failure of bourgeois liberals to unify Germany in 1848, the German nation-state created by Prussian military might in 1871 remained a

Weitz has claimed that during the Weimar Republic, ‘women had greater choices in their lives than ever before’. 1 However, not all these choices were available to all women in equal measure. The revolution granted all women over the age of twenty the same political and citizenship rights as men, and women all over Germany could exercise them. 2 The Weimar Constitution in principle enshrined the equality of the sexes, but not all women could benefit from the range of opportunities, benefits and life choices which became available through its

Women in the public realm
Abstract only
Helen Boak

Photographs of the ‘new woman’, sitting astride a motorcycle smoking a cigarette or alone in the Romanisches Cafe in Berlin (see Figure 5.1 ), reveal the visibility of women in Weimar Germany, the opportunities open to them in their employment and leisure time and the challenges to accepted patterns of behaviour that these opportunities represented. During the Weimar Republic women’s visibility became omnipresent, both physically and in images used in advertising, the media and party-political propaganda on hoardings in the cities’ streets. Before the

The late historian Detlev Peukert once made the case that the history of Weimar Germany ‘does not consist of just a beginning and an end’, 1 yet I think it is fair to say that political scientists have not heeded his advice. Widely thought of only as a ‘prelude to Hitler’ and as a brief aberration in Germany’s authoritarian Sonderweg , the Weimar Republic played an important role in the development of political science and International Relations (IR) in the US. In the 1930s and 1940s, the critique of the Weimar Constitution served as a backdrop for a number

. Bridenthal sees in the myth of women’s economic emancipation in the Weimar Republic a reason why women voted for right-wing parties which praised the traditional role of wife and mother. She believes that ‘in some important ways, women actually fell back’ and argues that rather than advance in the Weimar Republic, women ‘pressed more and more into unskilled work with lessened responsibility or out of the economy altogether … lost status and relative independence and, quite probably, a corresponding sense of competence and self-worth’. 2 This chapter will explore women

Women, the family and sexuality
Abstract only
Helen Boak

Reproductive rights have been one area in which historians have seen great improvements in women’s lives during the Weimar Republic. Easier access to birth control, the relaxation in the abortion laws, the decriminalisation of prostitution, the openness about sexual matters, sex reformers’ desire to improve the nation’s knowledge about sexual pleasure and techniques and a thriving lesbian sub-culture all contributed. However, the dark side of modernity has also been seen in welfare and population policy. Peukert saw in the implementation of youth welfare

The creation of present-day Germany
Abstract only
Geoffrey K. Roberts

Germany before 1949 The Federal Republic of Germany, more than most European democracies, is the product of its past. Its constitution, its political system, its political culture, its policies, even some of its present-day political problems, can be explained comprehensively only by reference to the Weimar Republic, the Hitler regime that supplanted it, and the Second World War which Hitler called into being, as well as the period of the occupation regime that was imposed by the victorious allies at the end of the war. The historical background to the

university also adapted to the new deal of the time. The mechanised and commercial Germany was, according to the mandarins, superficial and vulgar, and many felt alienated. They closed ranks within their fraternity, guarded their territory, distanced themselves from current politics and social commitment, and adopted cultural pessimism and anti-modernism. In the Weimar Republic, the mandarins embraced the national-conservative reaction that opposed the democratisation of society in general and of the university in particular.8 Ringer’s theses have been influential, but he 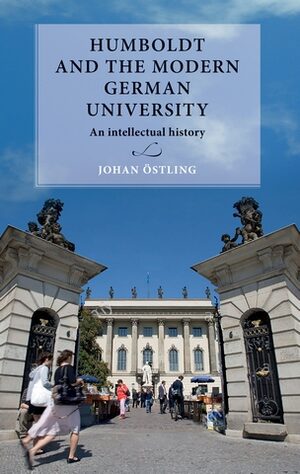