illegal state of Rhodesia. 2 Roof was born in 1994 – the year majority rule finally came to South Africa and fourteen years after minority white rule ended in Rhodesia. That a 21-year-old with no personal memory of, or connection to, the era of apartheid would adorn his clothes with flags of these white supremacist states tells us much about the racial right’s long-standing identification with, and nostalgia for, apartheid-era southern Africa. Furthermore, it illustrates the importance of understanding historical and contemporary white supremacy as a transnational 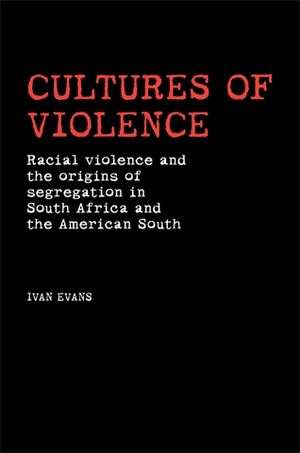 Cultures of Violence
Abstract only
Lynching and racial killing in South Africa and the American South
Author: Ivan Evans

This book deals with the inherent violence of race relations in two important countries that remain iconic expressions of white supremacy in the twentieth century. It does not just reconstruct the era of violence, but contrasts the lynch culture of the American South to the bureaucratic culture of violence in South Africa. By contrasting mobs of rope-wielding white Southerners to the gun-toting policemen and administrators who formally defended white supremacy in South Africa, the book employs racial killing as an optic for examining the distinctive logic of the racial state in the two contexts. Combining the historian's eye for detail with the sociologist's search for overarching claims, it explores the systemic connections amongst three substantive areas to explain why contrasting traditions of racial violence took such firm root in the American South and South Africa. 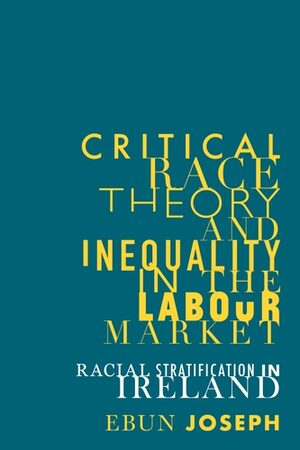 With race as a central theme, this book presents racial stratification as the underlying system which accounts for the difference in outcomes of Whites and Blacks in the labour market. Critical race theory (CRT) is employed to discuss the operation, research, maintenance and impact of racial stratification. The power of this book is the innovative use of a stratification framework to expose the pervasiveness of racial inequality in the labour market. It teaches readers how to use CRT to investigate the racial hierarchy and it provides a replicable framework to identify the racial order based on insight from the Irish case. There is a four-stage framework in the book which helps readers understand how migrants navigate the labour market from the point of migration to labour participation. The book also highlights minority agency and how migrants respond to their marginality. The examples of how social acceptance can be applied in managing difference in the workplace are an added bonus for those interested in diversity and inclusion. This book is the first of its kind in Ireland and across Europe to present inequality, racism and discrimination in the labour market from a racial stratification perspective. While this book is based on Irish data, the CRT theoretical approach, as well as its insight into migrant perspectives, poses a strong appeal to scholars of sociology, social justice, politics, intercultural communication and economics with interest in race and ethnicity, critical whiteness and migration. It is a timely contribution to CRT which offers scholars a method to conduct empirical study of racial stratification across different countries bypassing the over-reliance on secondary data. It will also appeal to countries and scholars examining causal racism and how it shapes racial inequality. 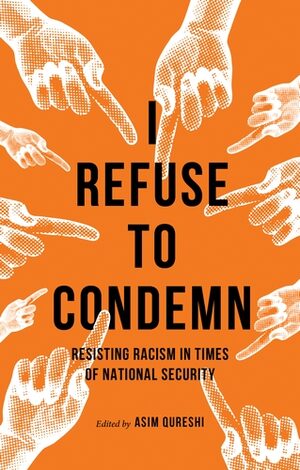 In times of national security, scholars and activists who hail from the communities under suspicion attempt to draw readers and listeners to the complexity of the world we inhabit. For those who campaigned against the SUS law in the 1980s, when young Black men were being routinely stopped in the streets, the wave of counter-terrorism legislation and policy that exists today will be very familiar. Similarly, recent discussions about the impact of drill music in the culture of young Black men has drawn questions around the ways in which they should be securitised, with senior police calling for the use of terrorism legislation against them. In this environment, when those who study and have lived alongside the communities who are at the scrutiny of the state raise questions about the government, military and police policy, they are often shut down as terrorist-sympathisers, or apologists for gang culture. In such environments, there is an expectation on scholars and activists to condemn what society at large fears. This volume is about how that expectation has emerged alongside the normalisation of racism, and how these writers choose to subvert the expectations raised on them, as part of their commitment to anti-racism.

Born in New York City only fifteen months apart, the Harlem-raised James Baldwin and the privileged William F. Buckley, Jr. could not have been more different, but they both rose to the height of American intellectual life during the civil rights movement. By the time they met in February 1965 to debate race and the American Dream at the Cambridge Union, Buckley—a founding father of the American conservative movement—was determined to sound the alarm about a man he considered an “eloquent menace.” For his part, Baldwin viewed Buckley as a deluded reactionary whose popularity revealed the sickness of the American soul. The stage was set for an epic confrontation that pitted Baldwin’s call for a moral revolution in race relations against Buckley’s unabashed elitism and implicit commitment to white supremacy. In this article I introduce readers to the story at the heart of my new book about Baldwin and Buckley, The Fire Is Upon Us. 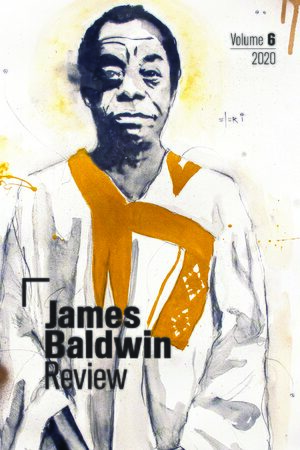 Global white nationalism is a path-breaking transnational history of white nationalism in the English-speaking world from the post-World War II period to the present. Nine chapters from leading experts in the histories of Australia, Britain, southern Africa, and the United States explore the roots of the contemporary resurgence of white supremacy evident in terrorist violence and electoral gains by the racist right. After 1945, this book shows, white nationalism emerged across the English-speaking world as a response to the forces of decolonization, civil rights, mass migration, and the rise of international institutions such as the United Nations. Far from a disappearing ideology, white supremacy proved resilient and adaptive. As opposition to apartheid rallied anti-racists globally, apartheid and Rhodesian independence sustained white nationalists who fantasized about bygone eras of imperial British or American greatness. In the era of decolonization and civil rights, white nationalists—those on the far right and those closer to the mainstream of conservative politics—formed key connections with counterparts throughout the world. Uncovering this transnational history for the first time, Global white nationalism is essential to understanding white nationalism today.

structures of white supremacy remain deeply rooted (though too rarely acknowledged) in the English-speaking world. To understand the politics of racism in the present requires locating and examining the histories of modern white nationalism in global terms: as a response to decolonization, struggles for equal rights, mass migration, and postwar international institutions. This book aims to understand transnational relationships among white nationalists in the context of these major global events. As Western political and social elites professed a commitment to color

include the way race is employed as a means of categorisation to determine access to resources; and whiteness and how it selectively privileges groups. The chapter introduces readers to the everyday performance of white supremacy as the underlying system of white privilege. In this regard, whiteness is counterposed as privilege against whiteness as dominance as the locus of understanding the effect of whiteness and the resulting marginalisation and subjugation of Blacks and non-Whites. The chapter ends by defining some key terms for understanding racial stratification

whiteness from within, I am trying to absolve myself of my own. I am worried that I am trying to be one of the ‘good white people’, who perform what feminist scholar Sara Ahmed calls a ‘whiteness that is anxious about itself’ and see that as anti-racist action.3 3 PHIPPS 9781526147172 PRINT.indd 3 14/01/2020 13:18 Me, not you And deep down, that might be the case. Whiteness is wily: white supremacy is so embedded in our psyches that we end up doing it even while we claim (and believe) it is what we oppose. You are entitled – even invited – to make up your own minds