Conclusion – Understanding work camps Memory and context For some sixty years, work camp movements flourished in Britain. But Britain’s work camps were far from unique. We have already seen the international nature of the labour colony movement, but there were similar debates and exchanges, on an even larger scale, between the wards. In 1935 the International Labour Organisation’s officers detailed camp systems in Austria, Canada, Czechoslovakia, Finland, Germany, Poland and South Africa; in the following year, they added Estonia, France, Japan and Switzerland to

The book provides a comprehensive account of work camp movements in Britain before 1939, based on thorough archival research, and on the reminiscences of participants. It starts with their origins in the labour colony movement of the 1880s, and examines the subsequent fate of labour colonies for the unemployed, and their broadening out as disciplined and closed therapeutic communities for such groups as alcoholics, epileptics, tuberculosis sufferers and the ‘feeble-minded’. It goes on to examine utopian colonies, inspired by anarchist, socialist and feminist ideas, and designed to develop the skills and resources needed for a new world. After the Great War, unemployed camps increasingly focused on training for emigration, a movement inspired by notions of a global British national identity, as well as marked by sharp gender divisions. The gender divisions were further enhanced after 1929, when the world economic crisis closed down options for male emigration. A number of anti-industrial movements developed work camps, inspired by pacifist, nationalist or communitarian ideals. Meanwhile, government turned increasingly to work camps as a way of training unemployed men through heavy manual labour. Women by contrast were provided with a domesticating form of training, designed to prepare them for a life in domestic service. The book argues that work camps can be understood primarily as instrumental communities, concerned with reshaping the male body, and reasserting particularistic male identities, while achieving broad social policy and economic policy goals.

workhouse test on the ‘able-bodied’ male poor.6 In many ways, early British work camps – the labour colonies of the 1880s and early 1890s – were both a reaction against the New Poor Law and an acknowledgement that the workhouse system had failed. By this time, Britain was a fully-fledged industrial and urban society, and most of the male population were employed by others, while most of the adult female population were working without a wage in the family home. Britain’s industrial cities, and the rhythms of the trade cycle, stretched the New Poor Law to breaking point

9 Camps as social service and social movement An extraordinary variety of private and voluntary work camp movements flourished in the interwar years. Many young men and women from the middle and upper classes left their comfortable homes to live among the poor, labouring through their long vacations to build playgrounds, swimming pools and libraries.1 Others created or joined work camps to prepare for a new life, whether as Jewish settlers, Nordic patriots or English communitarians. Some had more self-serving motives: in Sussex, a Commander Lacy helped to found

work, with each group supervised by a ganger working for the Ministry. William Heard, a young unemployed man from Ebbw Vale, remembered that at Shobdon, It was ‘You, you & you fall in line …’ Some were allocated to do one particular thing, some another; it was anything to harden yourself. I always came in for the woodcutting. You used to go out marching with this crew, marching off, axe on your shoulder and all this business, whatever tools you had to use.71 As in earlier work camp systems, the work was graded, and allocated on the basis of experience. New trainees

middle-class homes. And while work camps for men were designed to build muscular bodies and remove them from urban influences, residential training for women was designed to remove any sign of industrial ‘roughness’ or dirt, and familiarise them with life in a suburban middle-class home. Age, gender and class came together to shape the experiences of unemployed men and women alike, but they did so in rather different ways, and in turn provoked rather different responses. The domestic ideal Training had long been seen as a way of increasing the supply of servants and 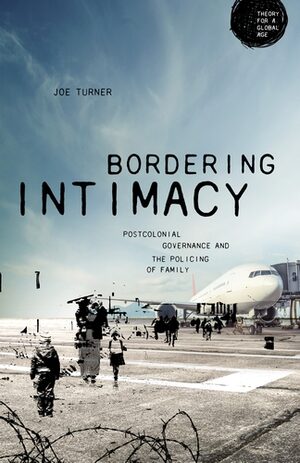 Bordering intimacy is a study of how borders and dominant forms of intimacy, such as family, are central to the governance of postcolonial states such as Britain. The book explores the connected history between contemporary border regimes and the policing of family with the role of borders under European and British empires. Building upon postcolonial, decolonial and black feminist theory, the investigation centres on how colonial bordering is remade in contemporary Britain through appeals to protect, sustain and make family life. Not only was family central to the making of colonial racism but claims to family continue to remake, shore up but also hide the organisation of racialised violence in liberal states. Drawing on historical investigations, the book investigates the continuity of colonial rule in numerous areas of contemporary government – family visa regimes, the policing of sham marriages, counterterror strategies, deprivation of citizenship, policing tactics, integration policy. In doing this, the book re-theorises how we think of the connection between liberal government, race, family, borders and empire. In using Britain as a case, this opens up further insights into the international/global circulations of liberal empire and its relationship to violence.

‘Down with the concentration camps!’
Abstract only
Opposition and protest
John Field

10 ‘Down with the concentration camps!’ Opposition and protest If they thought at all about work camps, the comfortably paid and regularly employed probably saw them as a rather jolly time under canvas, jollier perhaps than the unemployed deserved. One young woman student from Edinburgh University told Jack Hoyland that unemployed ‘lads’ thought of work as ‘a holiday’, offering ‘friendship, freedom, health and discipline’.1 Others took a very different view; this chapter considers those inside the camps who organised and participated in protests of different

personnes disparues pendant la guerre en Bosnie’, Raisons Politiques, 41:1 (2011), pp. 13–31. HRMV.indb 193 01/09/2014 17:28:44 194  Élisabeth Anstett acronym GULag (Glavnoe Upravlenie Lagerei: principal camp authority) initially designated the administrative authority which oversaw the ITL (Ispravitel’no-Trudovoj Lager), the ‘re-education through work’ camps. The term came to be used metonymically to refer to the institution as a whole, covering all the spaces of the Soviet concentration camp system.  8 An exhaustive list of the camps which operated between 1923 and