employment, eager to feed families or flee cycles of oppression, war and starvation. Max Brooks’s World War Z ( 2006 ), written as supplement to a UN report documenting human testimonies on the suffering, devastation and rebuilding of the zombie war, charts the emergence and overcoming of global swarms of living dead. These swarms in part constitute reactionary images of Western fears of immigrants and

central gothic figures of the twenty-first century: the zombie. In ‘Globalzombie’, Botting traces changes in this figure from White Zombie onwards. In particular he considers Max Brooks’s World War Z with its depiction of the emergence and defeat of global swarms of living dead, swarms which are both reactionary images of Western fears of immigrants and manifestations of the excessive and

warnings with fantasy. The zombie thus demonstrates a conflicted desire to warn of an end to the model of limitless growth underlying Western modernity while yet preserving a narrative of progress. The final line of the Brad Pitt vehicle World War Z (2013) is instructive in the way it expresses this contradiction, as the fearful possibility of a reversal of American history

with a zombie bearing down on you. Contesting humanity and its implications From George Romero’s Night of the Living Dead (1968) to Edgar Wright’s Shaun of the Dead (2004), film portrayals of zombies have varied widely. The speed with which zombies can move has shifted from a slow shuffle to the rampant marauding seen in 28 Days Later and World War Z. Moreover, the cognitive abilities of zombies are also seen to vary widely; consider the plotting and planning evident in I am Legend in comparison with The Walking Dead ’s easily distracted walkers. Often

matter for some concern. Order films have been dominated since the 1980s by largely conservative, patriotic, war films which offer virtually no criticism of the social order. More recently, however, some limited signs of critique of nation, authority, and leadership seem to be appearing in apocalyptic narratives (see for example, Children of Men, 2006; Elysium, 2013; World War Z, 2013; for discussion, see Faludi, 2007; Kellner, 2016). Elements of social critique, or spaces in which such critiques might arise, are neither routine nor prevalent in security films

, particularly in the action and horror genres: bombastic and unrelenting, packed with thrills. George A. Romero, whose 1968 film Night of the Living Dead did much to create our current sense of what a zombie is, lamented the fact that $400 million blockbusters like World War Z (2013) precluded him from being able to ‘pitch a modest little zombie film, which is meant to be socio-political’ (Kohn 2016 ). Indeed, this ‘Golden Age of Television’ has hit its stride just as Hollywood cinema has sunk its budgets into projects which rely on ever greater 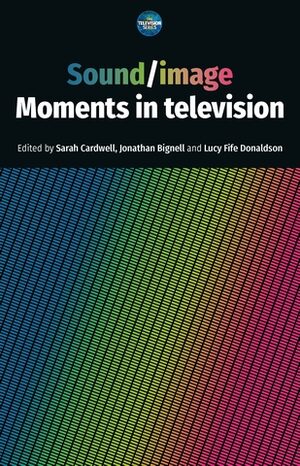 ). 25 At the end of the First World War, Z. K. Matthews recalled, ‘it was impossible not to believe that some of what was said about freedom and democracy [in that war] had some substantial reality and … [would] trickle down to us … We had learned scepticism in a hard school, but hope is a stubborn thing that mocks the mind.’ Matthews