3 Divided allegiance: 1189–99 A number of factors combine to deprive us of sources for the history of the Lacy family for the period following Hugh de Lacy’s death. The minority of Hugh’s son and heir, Walter, presents the first problem. It had taken quite some time and an ambitious venture in Ireland for contemporary writers to take notice of Hugh de Lacy, and, just when he had become a regular object of their attention, his unexpected death delivered his inheritance into wardship. The magisterial figure who could rival Ruaidrí Ua Conchobair, high king of 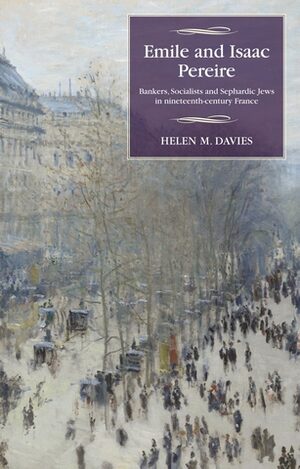 The brothers Emile and Isaac Pereire were among the descendants of the Spanish conversos and Portuguese refugees from auto da fe. They were to become pivotal and sensational figures in nineteenth-century France, their lives and careers a lens through which to re-examine its history. In their relationship to Judaism, in their Saint-Simonianism, their socialism, their partnership, their business practices, their political allegiance, they have been subjects of criticism, comment and analysis by historians and others for over 150 years. This book uses the lives of these individuals to re-examine the history of France in the nineteenth century. It first deals with the 'making' of their grandsons, two Jewish boys born after the Revolution into the close-knit Sephardic community of Bordeaux. Then, it shows how, through Saint-Simonianism, Emile and Isaac Pereire found their vocation as railway entrepreneurs. The economic and financial reforms advocated by Saint-Simon and his followers came to be realised with the coming of rail to France. The book deals with the stage of railway development in France which followed the inauguration of the Paris-St-Germain (PSG) line, the hesitant administrative arrangements, and the insufficiency of investment capital to finance railway development. Next, it addresses the roles and methods of Emile and Isaac Pereire and of their family in what they treated as 'a family business'.

Sciarrha's unruly passions are brought into collision with socio-political bonds that maintain social order: the bond of allegiance to a monarch voiced by Amidea and the bond between host and guest in the demands of aristocratic hospitality raised by Florio. Amidea's argument that Sciarrha owes allegiance to the Duke, however tyrannous he may be, and will bring dishonour to their family name forever in killing him under their roof, relies on political philosophy that makes the monarch unconditionally sovereign through divine right. This kind of argument is made in 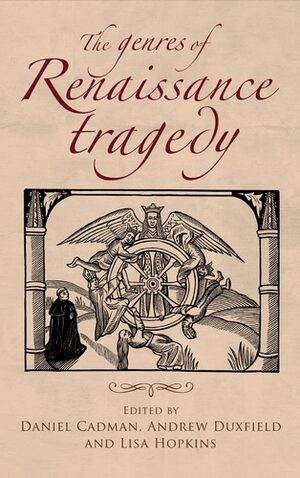 conscience was thus a sin. In Reformed countries, both civil laws made by and oaths of allegiance sworn to lawful authorities were binding in conscience, so that the nature of political choices taken by persons would affect their soul. 8 During the Civil Wars, changes of political and religious allegiance had caused a number of ‘cases’ of conscience, so that an increasing number of

sovereign of her captor hosts. The combined household was characterised by competing allegiances, conspicuous consumption of limited resources, depleting wealth and, unsurprisingly, tense interpersonal relations. Whereas Shrewsbury and Mary were forced to cohabit, Bess was increasingly alienated from her husband. Mary was not the only point of contention, however. From the summer of 1583 onwards, the earl and countess of Shrewsbury mainly lived apart, heading separate households and locked in rivalry for local dominance and wider reputation. Their respective servants were

I thought the Euro would be so successful that it would lead to political union and that it would be attractive for other states to join. This was a mistake. 1 Ruud Lubbers (Prime Minister of the Netherlands 1982–94), 2011 Manufacturing a common identity A primary goal of the EU has been to promote a popular sense of European consciousness so as to enable allegiances to shift from individual nation-states to a European centre. 2 But despite the progress in moving towards economic and legal standardisation, there has been an acute shortage of 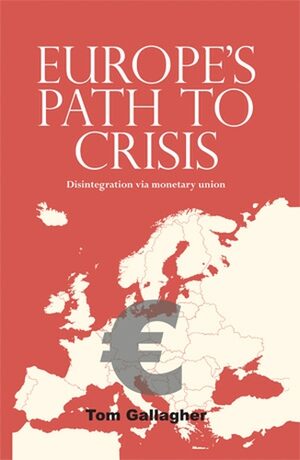 ’ (Avril, 2016a: 7). This chapter has opted for a narrower definition, focusing on party management as a leadership function whose prime object is to regulate internal conflict and foster party cohesion, to maintain the allegiance of members and to maximise decisional efficacy, that is, the capacity to take prompt decisions in response to internal demands and external challenges (Eckstein and Gurr, 1975: 445, 453). Cohesion here is the central organising concept, best defined as ‘the extent to which, in a given situation, group members can be observed to work together 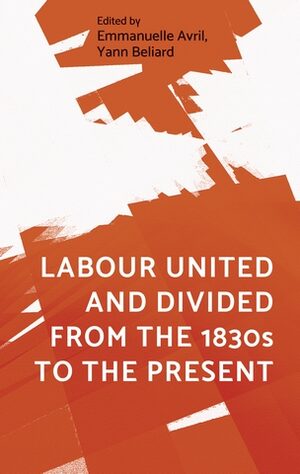 ’s personal life was complicated, and her own status as a long-time committed adulteress no doubt influenced her conception and articulation of love as an emotion that was in some senses 116 The Judas kiss always endured in the shadow of betrayal. At the same time, many critics have speculated on the extent to which Bowen’s aesthetic concerns were influenced by her Anglo-Irish condition: born and raised in an Ireland she professed to love deeply, she nevertheless felt a strong allegiance to Britain and British culture. This internal conflict was accentuated during the