– in this case transnational – in dealing with communal division, and of universal norms. In B-H an amoral approach was adopted, notably by the UK, based on minimising intervention – particularly by refusing to commit troops to a peace-enforcing role. This not only failed to prevent the horrors of ‘ethnic cleansing’ but ensured it was ultimately to be rewarded by the communal carve-up of B-H by the

Justice clings to its chains, 1989–2004
Abstract only
Tom Gallagher

members of the political class and the legal profession. A well-known press editor observed in 2004, ‘All the important hierarchies in the justice system are filled with the wives, in-laws, cousins, nephews . . . of the political–financial clans represented by the ruling party’.70 But, at the same time, perhaps the ideological commitment to the communist system was more pronounced in the justice system than among party activists where an opportunistic and amoral approach to politics prevailed before 1989. Judges and prosecutors had been constantly engaged in maintaining

be playing tricks with his imagination. However, much of this is expressed in terms which suggest that such an experience does not enhance the cause of any possible play: ‘ “A terrible smell from an invisible ghost is a perfectly new idea. But it has one drawback. If I realise it on the stage, I shall drive the audience out of the theatre” ’ (p. 77). This type of amoral approach, as stated earlier

‘In the beginning was the word; and to that it came back in the long run’
Abstract only
Briony Tallis and Atonement
Natasha Alden

deranged, doomed, or both. Again, there are echoes of Waugh’s Sword of Honour trilogy. This section reminds the reader of the retreat Guy Crouchback and his battalion attempt in Crete; Waugh depicts a chaotic, undisciplined rout in which Guy is left to fend for himself as best he can, while all around him try to save themselves. The only man to come out of ሁሂ 141 ሃሁ 3927 Alden- Reading behind the lines:Layout 1 27/9/13 09:05 Page 142 Reading behind the lines the retreat with any public honour is Ludovic, whose amoral approach to his own survival has prompted him to 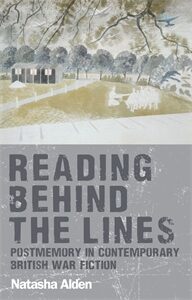