Super8, video, and in its early days, digital, have rarely been used in feature filmmaking. They have, however, been widely used by avant-garde film-makers, who often identify more closely with amateurs than they do with their professional counterparts. As Maya Deren puts it: The very classification ‘amateur’ has an apologetic ring. But that very word – from the Latin ‘amateur’ – ‘lover’ means one who does something for the love of the thing rather than for economic reasons or necessity. And this is the meaning from which the amateur

words, cinema enacts animal sacrifice to perpetuate the life of the image. Indeed, all film is horror film. American avant-garde filmmakers from Maya Deren to Harry Smith have followed this spectral path, illuminated by magic lanterns, Phantasmagoria spectacles and the magic of Georges Méliès. For Stan Brakhage, light, or lumen , held the status of a supernatural force. The

sense in which Mulvey intended it, in his repeated images of scantily-clad young women, he also promoted visual pleasure in a broader sense, but within a narrative context. Rather than a progression from recording (Lumière) to spectacle (Méliès) to narrative (nearly everyone who followed, with the exception of certain avant-garde filmmakers), film history is made up of different combinations of all three elements. Méliès 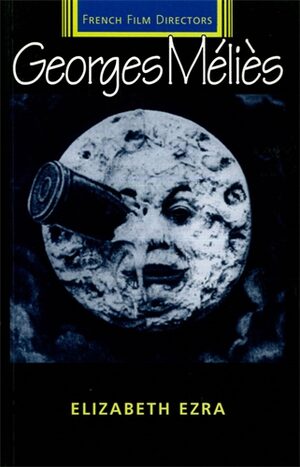 Experimenting on air
Abstract only
UK artists’ film on television
A. L. Rees

Wilson had the experience to benefit from the Broadcasting Act of 1990 which gave 25 per cent of BBC commissions to independents. On the strength of these co-produced single documentaries, he initiated two new ‘crossover’ series, Dance for Camera (1991–2003) and Sound on Film (from 1995). The funding of artists’ films for television was equally complex, starting with a relatively conventional commission by Rod Stoneman for Profiles (tx. 1983, Channel 4) of avant-garde filmmakers, with David Curtis as series editor and Margaret Williams as director. Each programme

images. Epstein also employs rhythmically complex editing patterns that not only articulate the theories of the cinematic Impressionists, but can be related to Russian montage, as well as the more painterly films of other French avant-garde filmmakers of the 1920s, such as Fernand Léger’s Ballet mécanique (1924). While the latter film is concerned more with the non-linear, abstract possibilities of

Where the land meets the sea
Abstract only
Liminality, identity and rural landscape in contemporary Scottish cinema
Duncan Petrie

is made between identity and fate, land and sea in Blue Black Permanent, the first and only feature directed by Margaret Tait, made when she was 71 and approaching the end of a 40-​year career, primarily as an experimental, avant-​garde filmmaker. The narrative of Blue Black Permanent interweaves the life of Barbara (Celia Imrie), a professional photographer living in Edinburgh, and that of her mother, Greta (Gerda Stevenson). Barbara is haunted by Greta’s death by drowning some 30 years previously, when the latter had apparently walked into the sea while

Introduction
Abstract only
Epstein at the crossroads
Christophe Wall-Romana

­crossroad. The epigraph above confirms that Epstein was explicitly rethinking fiction movie as a genre. According to him, dramatic movies ought not to be story driven, but built around a number of situations. What’s the difference? In a typical Hollywood movie every action, line of dialogue, scene, or episode serves the narrative arc clearly and efficiently. So efficiently that we can talk of absolute narrative dominance reinforced by viewer expectation to form a closed commercial bond whereby buyers ‘get’ what they paid for. Though other avant-garde filmmakers were quick