In Sean Penn‘s crime thriller The Pledge (2000), a crucial stage of story action is determined by a purely chance event. Neither prefigured by narrative signposting nor sutured into the films system of causation, the chance event both mystifies the fictive agents and distresses audience expectation. This essay explores the issues at stake in the films reliance on chance action, arguing that its usage represents a significant risk on the part of the dramaturgist. Moreover, the essay examines the alterations that the film makes in Friedrich Dürrenmatts source novel, and considers the ways in which these alterations radically transform the effects created by the story‘s chance event.

). While anticipating late-modernity, the spirit of 1970s direct humanitarian action was fabricated from a deductive process of knowledge formation framed by narratives of history, causation and reciprocity. Reflecting the rise to dominance of a cybernetic episteme, this register has been replaced by a reliance on inductive mathematical data and machine-thinking for sense-making ( Rouvroy, 2012 ). Thinking has been transformed into calculation ( Han, 2013 ). 1 The current dominance within the academy of empiricism and behaviourism reflects this

causation, nor progressive simply by the linearity inherent in the projection of a film. The sense of succession is instead primarily one of possible connectives, sometimes horizontal, more often circular and 13  Jean-Louis Leutrat, ‘The Declension’, in Raymond Bellour and Mary Lee Bandy (eds), Jean-Luc Godard: Son + Image 1974–1991 (New York: The Museum of Modern Art, 1992), p.25. 160 Film modernism associative, frequently returning, retracing, interrupting, digressing, in any case constantly reconfigured. It would be limiting to concentrate on the iconology of the

rhymes and doublings rather than a narrative of consequence, linearity and causation. Classical cinematic rules are overturned and violated. The Bertolucci film, like Godard’s films, digresses from a centre, deviates, wanders, migrates. His films lack the unities of conventional ones. Many of the shots and sequences are built on the basis of citations which are multi-directional and associational. The Bertolucci film depends, like Godard’s films, on disruption, interruption of a line, changes of direction, focus, tone and action. The usual boundaries and categories

. Bolitho : a new dawn? 7.9 In Bolitho v City & Hackney Health Authority , 50 Lord Browne-Wilkinson reasserted the proper authority of the courts. Bolitho involved questions of causation as much as breach of duty. The facts, briefly, were these. Patrick Bolitho, aged 2, was admitted to the defendant’s hospital suffering from respiratory difficulties. On the second afternoon of this hospital stay, Patrick was in respiratory distress. A nurse summoned the paediatric registrar. She promised to attend as soon as possible, but did not do so. Patrick appeared to recover 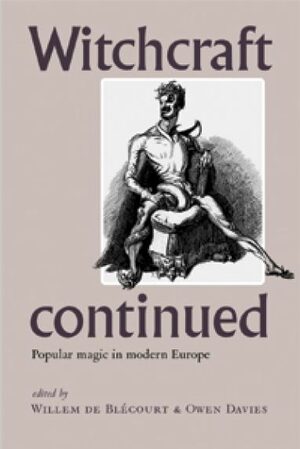 necessary: arbitrary, because there is no evident connection between the images in a given narrative; necessary, because once the images are grouped there appears to be a connection (causation, linearity). While necessity seems arbitrary (accords are exterior to the images and imposed from outside rather than naturally motivated from within), arbitrariness appears as necessity (any image, though equally possible in the place of any other, is

difficult to identify the theory or concepts upon which it rests. When reading the following chapters, therefore, we suggest that you bear in mind the following four interlinked themes: context, temporal framework, causation or drivers of change, and subjectivities. These themes will help you elicit and understand the theories underlying a work of history. The approach of historians to these themes will also reflect their fundamental epistemological stance. By epistemology we mean the theory of knowledge, or justification for what constitutes historical knowledge