infrastructure. Presbyterian church government in the mid-seventeenth century was, in essence, a voluntary association, relying on godly citizens and ministers for its being, rather than the national or local magistrate. 1 Parish elderships and classical presbyteries were established in the second half of 1646 and in May 1647 the London Provincial assembly, which would act as the central governing body for London presbyterianism, met for the first session of a series of continuous biannual meetings until 1660. 2 London’s presbyterian

The campaign for presbyterian church government, 1645–6
Abstract only
Elliot Vernon

accommodated their demands for a peace settlement based on the Solemn League and Covenant. Among parliamentarians in the city, this emerging ‘political presbyterian’ coalition completed the polarisation that had begun over issues of church government and liberty of conscience during the first civil war. 2 This chapter and chapter 6 explore the role of London’s presbyterians within the ‘political presbyterian’ alliance. The period 1645–7 witnessed a struggle within parliamentarianism to control and define the terms of

divisions among the godly on the issue of the proper location of power in church government and how, in light of those divisions, the parliamentarian clergy closest to the junto struggled to maintain unity, if not consensus, in the fight against prelacy. Pre-civil war puritan thinking on church polity Ideas for further reform of the Church of England in the middle decades of the seventeenth century did not come out of a vacuum. During the Elizabethan period, presbyterians such as Thomas Cartwright, Walter Travers and

be dated to the early years of Elizabeth’s reign, though it remained, by and large, within the confines of the established church, and, apart from those ‘hasty’ members who chose to separate, continued to advocate a national church. The attempt by English puritans to create Presbyterian structures within the Church of England ended in defeat in the late 1580s. Though Presbyterianism survived, English puritanism subsequently became less concerned with church government than with the creation of godly communities at a parochial level, often with the enthusiastic

Church polity and politics in the British Atlantic Chapter 6 Presbyterian ecclesiologies at the Westminster assembly Chad Van Dixhoorn ECCLESIASTICAL CONTEXTS T he Westminster assembly was in many ways the high point of the puritan experiment. The special morning service on 1 July 1643 saw the nave of Westminster Abbey thronged with supporters of a godly reformation. Long prayed-for alterations in worship, clarifications in doctrine and renovations in church government were finally within reach. While continuing reformation was to proceed on all three fronts

avoided producing iure divino arguments for Episcopacy, averring instead that specific forms of church government were ‘matters indifferent’ to salvation and best left to civil magistrates to determine. There was also no prescribed liturgy; as one of the church’s most vocal internal critics, Gilbert Burnet, bemoaned in 1666, the Restoration church was ‘the only one in the world which hath no rule for worship’, 7 whilst 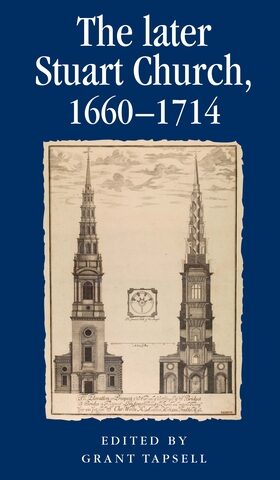 London presbyterians and the fracture of parliamentarianism, 1644–5
Abstract only
Elliot Vernon

The events of 1644 would finally shatter the fragile godly alliance that had emerged at Aldermanbury in 1641. In January 1644, the publication of the congregationalists’ Apologeticall narration made public debate on church government unavoidable. This debate ran alongside the majority in the Westminster assembly coalescing around a presbyterian position that stressed the independence of the church and the central role of collective presbyteries in ecclesiastical government. Working against the realisation of

Imperio had been intended as a theoretical and speculative work on state–church relations and church government. It affirmed the civil magistrate’s authority over church and religion independently from its governmental form, praised episcopacy, and showed its compatibility with Presbyterian Church government. Grotius started writing De Imperio in 1614, during the dispute between