Liverpool and Glasgow. 3 The ability of workers to influence parliamentary elections, of course, was limited by the nature of the political system. As a result of the Reform Acts of 1867 and 1884 many male working-class heads of household were entitled to vote, and in some parliamentary constituencies ‘a considerable majority of the electorate was made up of industrial or agricultural wage-earners’. At the same time, however, ‘probably no more than three in five of adult male wage-earners were eligible to vote in the

become important sources of political finance ( Geneva Call, 2021 ). In Yemen, the selective allocation of humanitarian aid is a means of rewarding constituency leaders ( al-Iriyani and Nasser, 2021 ). The DRC case study of Kasai was notable in that there was no substantial humanitarian operation to be co-opted, and the resources from those relief operations were insignificant compared to those available from mining ( Maxwell and Fitzpatrick, 2021 ). Humanitarian aid may

: 4) explicitly links populist movements, that is, an aggrieved constituency who come to see the establishment as not representing them and instead serving an ulterior set of motives, to the appeal of demagoguery and lying. Specifically, during crises of legitimacy, the ‘lying demagogue will seem more authentic in her claims to be champion of this constituency if she is willing to burn her bridge to acceptability in the

national and international response architecture also made efforts to ensure ‘local leadership’, primarily by calling on community leaders to mobilise their constituencies around regulations such as safe burial practices. This required making response measures ‘palatable’ while also enforcing more punitive containment methods ( Caremel et al. , 2017 ). The WHO (2018) has cited this ‘localisation’ of the response as a key factor in its ultimate success. Through our ethnographic

8  Colne Valley It is common in the biographies and autobiographies of politicians with a national profile to make only a handful of passing references to their constituency; the people who send politicians to Parliament are too often regarded as incidental to the things those politicians do once there.1 No serious account of Wainwright’s life could give other than a vital role to his constituency, for he chose it as much as it chose him, and both sides of the relationship were strengthened by it. All constituencies can claim to be distinctive, but Colne Valley 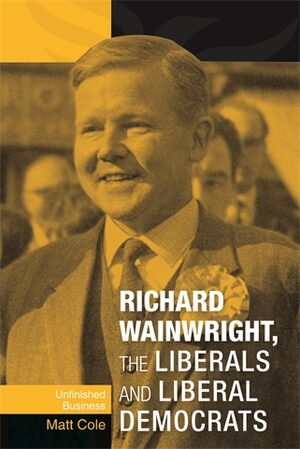 ‘allow’ groups to fall ‘short’ of representational conditions by design? Even where groups do have internal democratic procedures for electing leaders and setting group positions, there is also a degree of ambiguity over who should be enfranchised. The presumption in the representation frame is that affiliates are enfranchised as ‘members’. But, in the same breath, scholars question the authenticity of some groups – arguing that they try to advocate for constituencies without actually enfranchising them. So, at a minimum, to restore some

4 Consolidating the system: 1930–2010 Over just under a century, the United Kingdom moved from a democracy in which very few individuals, all male, had the right to vote to one with universal adult franchise. That expansion, confined to just four major legislative events, was accompanied by major changes to the country’s electoral map, not least by the shift to single-­member constituencies and the rules devised for alterations to their location and boundaries­– ­what became known as redistributions. Each of those four redistributions was an ad hoc exercise

Parliament in 1839, 1842 and 1848, included calls for: universal adult male franchise; equal-­sized constituencies according to their number of electors; and a secret ballot. The third was achieved in 1883, and the second in 1918­– ­with universal adult franchise a decade later. But it was not until 2011 that legislation to ensure (more or less) equal-­sized constituencies was put in place.2 The next three chapters tell the story of the move towards that end.3 Pre-­reform parliaments Though other parliaments can claim earlier origins (Iceland’s Althingi and the Isle of Man