the trends and tendencies in the use of the referendum internationally. As this overview suggests, Britain is not a unique case in holding referendums. The chapter shows that, notwithstanding the general assumptions about referendums, these are not usually associated with demagogues and populism, but the referendum has tended to be used as a constitutional safeguard. However, in Britain, a country without a formal written constitution, these safeguards were not in place. Consequently, a leader like David Cameron was able to use the referendum for party

. Gone, too, was any pretence that the royal family could be seen as the paragon of family values or moral rectitude, while outside of Britain itself, the concept of the welfare monarchy no longer had meaning. The once widely held view that the monarch’s role was to provide leadership beyond politics by acting as a constitutional safeguard was demolished in 2001. Sir William Heseltine, Assistant Private Secretary

The last of the ancients the first of the moderns?
Open Access (free)
Mads Qvortrup

The myth of populist referendums
Abstract only
Matt Qvortrup

of the electors’ (Dicey 1981 : cix). Why have referendums been used as a constitutional safeguard? Why have politicians allowed this? One reason could be a greater tendency towards judicial activism? For example, in Ireland – a country with almost annual referendums – the Supreme Court’s intervention in the 1980s has meant that a large number of relatively mundane issues have been submitted to the voters (Crotty v An Taoiseach, IESC, 9 April 1987). But constitutional referendums have not been confined to countries with activist courts. They have also been

Conclusion
Abstract only
Bringing it all back home
Matt Qvortrup

law. By June 1957 the Commissioners assembled for the third conference were again focusing their attention upon security and riot control, but questions of constitutional safeguards for the police and the creation of Police Service Commissions were also then prominent on the agenda. 44 In their day-to-day work, the police were profoundly affected by the increased emphasis given to matters of 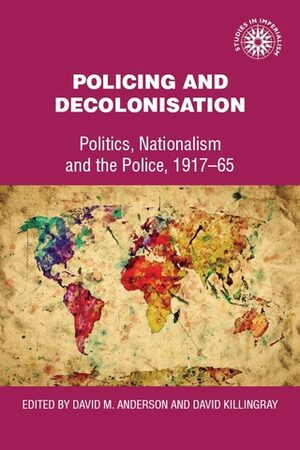 Rights and duties of the Occupying Power
Abstract only
Leslie C. Green

. As administrator of the occupied territory the Occupying Power is responsible for the maintenance of public order and safety. 19 Political laws like those concerning elections, and constitutional safeguards such as Habeas Corpus, cease to apply, as do laws constituting a threat to the security of the occupation, such as those relating to recruitment or the bearing of arms. However, the

confined for indefinite periods and subjected to conditions so harsh that they violate international law as well as U.S. constitutional safeguards. 42 Actions amounting to torture continue to be practised within these institutions. Systematic humiliation, the use of dogs to intimidate, sleep deprivation, and physical brutality are frequently experienced by prisoners. The fact that many of the abusers at Abu Ghraib were former guards in civilian life is no coincidence. In a letter written to his family in 2003, Staff Sgt. Ivan Frederick, one of the perpetrators of the