4 Producing flexi-corporatism: the restructuring of work in Germany We support a market economy, not a market society … Modern social democrats want to transform the safety net of entitlements into a springboard to personal responsibility… Part-time work and low-paid work are better than no work… (Tony Blair and Gerhard Schröder, 1999: 1–7) T he positioning of German state-society within the globalisation and restructuring debates is, in itself, highly contested between competing voices and claims. In a neo-liberal reading, evident across international

stimuli to domestic policy processes. 38 Global warming policy in Japan and Britain The discussion of institutionalism is linked with the literature on corporatism, here understood as describing a form of institution that can be contrasted with non-corporatism, or pluralism. In this study, Japan is seen as having important institutional characteristics of corporatism in terms of analysing environmental policy, and Britain those of pluralism. As explained subsequently, it has been argued that the degree of corporatism has implications for environmental performance

the phenomenon of ‘Harpsund democracy’. In November 1958 the Social Democratic daily Stockholms Tidningen wrote that ‘the recurring discussions at Harpsund between the government and representatives of the business sector and working life are one of several signs that a new spirit of co-operation is being created. Wise people both within enterprises and the labour movement are working to gain a more comprehensive perspective on economic policy issues’ (Lewin 1988: 204). In short, neo-corporatism was at the heart of policy-making in the Swedish model. Political

priorities’ (Vogel, 1993: 241). His point can be explicated in terms of political economy. In Japan, the government intervenes in markets and steers the economy (see Johnson, 1982). Planning is a key feature of state activity. Business is relatively well integrated and government and organised business collaborate with each other in making and implementing policies. In other words, Japan possesses important features of corporatism. Britain, on the other hand, has a strong liberal state tradition. Unlike in Japan, interventionism is alien in Britain. Society is considered

The sociology of boom and bust
Abstract only
Bryan Fanning

the decades before. Traditions, practices and experiences of past battles won form a sedimented framework which elites draw on to create styles of rule. These styles give a ruling elite its distinctive quality and can be an important factor in the management of social discontent. It is to these longer-term historic patterns we need now to turn. 4147 Inglis–Are the Irish different_BB_Layout 1 29/07/2014 09:26 Page 57 The Irish political elite 57 From populism to corporatism The Irish political system has historically been shaped by the domination of Fianna Fáil

pensions and unemployment compensation: the others have gradually increased retirement ages, reduced the generosity of benefits and tried to reduce the costs of unemployment compensation. European economies are subject to shared competitive pressure, but have responded in different ways. Of the three major economies, Germany has gradually dismantled its consensual corporatism as companies swing towards shareholder returns and away from social responsibility and France has also slowly liberalised. Only the UK has created a liberal labour market and weak regulation 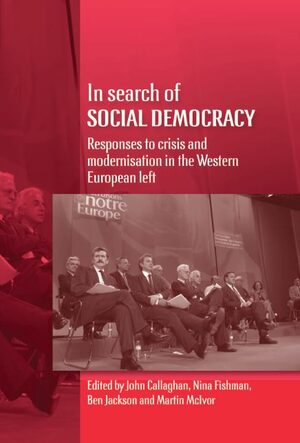 teaching. However, he also fails I believe to distinguish between the impulse behind radical republican references to such principles and the motivation behind the Blueshirt / Fine Gael embrace of corporatism.7 Of course a similar dichotomy existed in other Catholic countries between ‘egalitarian’ and ‘elitist’ advocates of Catholic social teaching and fascism. Rerum Novarum voices the Catholic Church’s concern at the ‘moral degeneracy’ of capitalism, and suggests that, in the absence of the guild system, working men were prey to ‘crafty agitators’ attempting to exploit