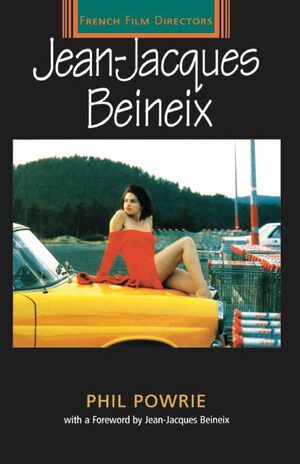 One of the key features of Jean-Jacques Beineix's relationship with the film image is the notion of seduction and the erotic. This book shows Beineix's films form a coherent body of work and sketches out a psychodrama formed by Beineix's feature films. It explains, the cinéma du look was placed by many, including Beineix himself, in a position of confrontation with the cinema of the nouvelle vague. The book considers the early 1980s debates concerning the film image which led to the view espoused by Jean-Michel Frodon, after a brief account of Beineix's apprenticeship years. It attempts to place Beineix's work within the context of the development of French cinema, and discourses on the French cinema, as they evolved during the 1980s. Beineix's first feature film, Diva, enjoyed considerable success, becoming something of a cult film for the youth audience of the time, as well as launching the careers of Richard Bohringer and Dominique Pinon. More than any of the films of the cinéma du look, La Lune dans le caniveau exemplifies the characteristics Bassan enumerates: a mise en scène, which privileges exuberance, light, movement, especially the curves and curls of the camera, and an emphasis on sensation. Bereavement after IP5 turned Beineix away from feature filmmaking, despite several propositions from American producers, Alien Resurrection and The Avengers among them.

had considerably more experience of filmmaking, having served as assistant director on some fifteen films during the 1970s, before launching into his own career as a director with a short in 1977. His first feature film, Diva (1981), enjoyed considerable success, becoming something of a cult film for the youth audience of the time, as well as launching the careers of Richard Bohringer and Dominique Pinon. It attracted the

urban ideology that was the driving force behind the establishment of ‘cult’ as a serious object of academic study, and that continues to be an important part of how cult films, filmmakers and stars are read as ‘other’ from the Hollywood mainstream (Jancovich et al. 2003 ). Alongside these roles Statham has cultivated a particular kind of star text within popular culture

The ‘Zooniverse’ and other (furnished) comic worlds
Abstract only
Leon Hunt

’. Notes 1 Most scholars find this is best done by ignoring what he actually says about Casablanca, an eccentric choice of ‘cult film’ to begin with. 2 Hutson is more self-deprecating than the arrogant Marenghi (and a better writer), but the author of Slugs (1990) is a man of modest literary ambition. Barker’s more elevated reputation rests partly on him producing horror and fantasy across different media (fiction, film, comics, painting) – exactly the kind of Gothic ‘Renaissance Man’ that Garth aspires to be. 3 Man to Man With Dean Learner (Channel 4 2006), a mock chat 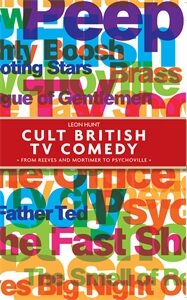 imagination under the seductive sign of “transgression” ’.5 British cinema and television –​just as much as British literature –​have facilitated the development of these types of imaginative rural landscapes. As we will see, a range of such texts flourished in British culture (not just cinema) during the late 1960s and 1970s, and have been feted by a cult audience in subsequent years. In this chapter I want to argue two separate (but related) things. Firstly, focusing primarily on the cult film Blood on Satan’s Claw (Piers Haggard, 1971), I want to explore the generic

The reputation of Nicolas Roeg
Abstract only
Paul Newland

, writing that ‘dreams can become reality and reality become a dream, systems of rational speculation can lead to a nightmare demonstration that life is like a labyrinth, both carefully ordered and meaningless’. 22 But despite these strong reviews, in the words of Chuck Kleinhans (writing in Jump Cut in 1974), Performance ‘was generally abhorred by establishment reviewers but quickly became a cult film among the young’. 23 So from the outset, Performance developed a complex, conflicted, fragmented reputation. But in his 1978 book on Roeg

been able to see from this collection, Jason Statham is a bona fide British film star who has made the transition from street seller to pop video Adonis, cameo guest star to video gaming voice-over artist, to become the hero of numerous cult films to the star of both independent and mainstream productions. That Statham starred in a summer blockbuster, and one that performed well at the box office

retrospective understanding of history. Monstrous 80s films take up a belated exploration of how we arrived at the current crisis of violence and apathy in America. Cult film Donnie Darko , in particular, explicitly addresses the idea of literally going back in time to figure out ‘where we went wrong’. The retrospective analysis of US history through film and the overarching metaphors

associated, though not exclusively so, with Guy Debord – the figure of the endlessly reinvented Robinson summons both the concept of the mental traveller on an imaginary adventure as well as the actual flâneur or urban wanderer traversing Paris or London. I.Q. Hunter specifically invokes psychogeography in his account of fan responses to the cult film The Wicker Man (1972) in which devotees visit numerous locations around Scotland which were the movie’s fictional setting. ‘The film has inspired considerable such cult tourism or psychogeography, by which fans invoke the

audiences, allows for a powerful and potentially cathartic engagement with otherwise unrepresentable aspects of the German past. And that Buttgereit’s films should have been subject to the most radical acts of state censorship in Germany since the Second World War bespeaks not only of the ongoing trauma of Germany’s prematurely bound and hence unhealed historical wounds but of the cultural significance of this little-known cult film director. He finds a place in this study of predominantly mainstream horror cinema not only because the distinction, in Germany of this