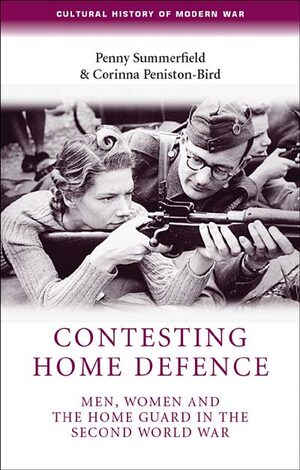 8 Women, memory and home defence The history of women and wartime home defence is, as we have seen, distinct from that of men. Summerskill’s struggles in the political arena for women’s membership of the Home Guard were of a different order from Wintringham’s challenges to the organisation’s military and political direction. Both campaigners were outsiders, he for his politics and she because of her gender, but Wintringham’s school was adopted by the War Ofﬁce and he was given an inside role in training, whereas Summerskill and her organisation were always

3 Women, weapons and home defence In his broadcast of May 1940 Eden referred to the desire of ‘men of all ages … to do something for the defence of their country’ and invited those aged 17–65 to join the LDV. But, from the start, women also asked to join. They did not take rebuff lightly: of all the exclusions discussed in Chapter 2, the one that was most vigorously and persistently challenged was that of women. This chapter traces the contest over women’s membership, the nature of the opposition and the creation of an entirely new organisation, Women’s Home

5 Representations of women and home defence In ofﬁcial discourse the Home Guard stood for patriotism, national unity and military dependability: in the most general sense it symbolised Britain at war. As we have seen, much popular culture questioned such representations: the Home Guard might be patriotic but its valour was misplaced; it was fractured by rivalries and social differences; it played at war rather than fulﬁlling a genuine military role; the masculinity of its members was, in various ways, impaired. This chapter explores the place of women in 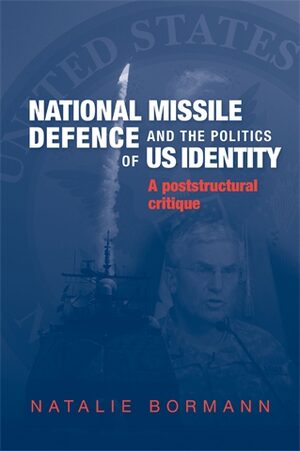 Why adopt a poststructural perspective when reading about the military strategy of national missile defence (NMD)? Certainly, when considering how best to defend the United States against attack by intercontinental ballistic missiles, the value of critical international relations theory may be easy to overlook. So, how might the insight of scholars such as Michel Foucault contribute to our understanding of the decision-making processes behind NMD policy? The deployment of NMD is a sensitive political issue. Official justification for the significance of the NMD system is based upon strategic feasibility studies and conventional threat predictions guided by worst-case scenarios. However, this approach fails to address three key issues: the ambiguous and uncertain nature of the threat to which NMD responds; controversy over technological feasibility; and concern about cost. So, in light of these issues, why does NMD continue to stimulate such considerable interest and secure ongoing investment? Presented as an analysis of discourses on threats to national security – around which the need for NMD deployment is predominately framed – this book argues that the preferences underlying NMD deployment are driven by considerations beyond the scope of strategic approaches and issues. The conventional wisdom supporting NMD is contested using interpretive modes of inquiry provided by critical social theory and poststructuralism, and it is suggested that NMD strategy should be viewed in the context of US national identity. The book seeks to establish a dialogue between the fields of critical international relations theory and US foreign policy.

9780719074707_4_C02.qxd 10/06/2008 11:15 AM Page 33 2 Revisiting missile defence This is an aggressive research and development program that will lead to the defense of the American homeland as soon as possible against the very real threats of the 21st century. (US Department of Defense 2001) The notion that missile defence is the centrepiece of a responsive US security strategy against global missile proliferation is largely unquestioned.1 Viewed from this perspective, the debate surrounding missile defence is predominantly seen as a contest over the 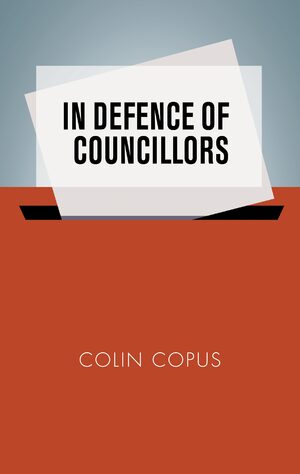 In defence of councillors
Abstract only
Author: Colin Copus

The book explores the changing nature of the roles powers, tasks, functions, expectations and challenges of the office of councillor and those that are elected to that office. Based on detailed and long-term research among councillors it examines the contribution the office makes to the governance of the nation and the role councillors play in bringing legitimacy and accountability to unelected governance networks. It examines, in detail, the work councillors conduct within their councils and communities and how being a councillor influences and affects all facets of their life. The book explores the strategies councillors devise to take political action, energise political change and deal with the limitations on their office, to effectively govern their localities. Through an analysis of important inquires and commissions that have investigated the office of councillor, the book examines the tendency of government to re-shape and re-structure the office to suit its own policy requirements or visions of the purpose of local government and of councillors. The book examines the affects of the constancy of change on the work councillors conduct and the roles they play in the government of communities and the country. The book sets out ways in which local government and the office of councillor could be strengthened within the overall governing framework to construct a localised state that offers maximum diversity of local policy and politics. The book recognises and celebrates the contribution councillors make to their communities, councils and to the quality of local and national democracy.

governmental movements to operate in these circumstances, some on an ad hoc basis and some by way of a permanent organisation. During World War II, because of the intensive bombing attacks experienced by the civilian population, some, like the United Kingdom, set up trained units to work in the field of civil defence, assisting those injured or rendered homeless because of air raids

1 Introduction: contested histories This book explores the meanings of the Second World War in British popular and personal memory. It does so through the study of one particular ﬁeld of action, namely ‘home defence’, the military strategy for the security of the British nation against bombardment, incursion, invasion and occupation. Although home defence has had its historians, of whom more shortly, other aspects of the war, such as the Blitz, the civilian home front, and military organisation and campaigns, have received more attention.1 In particular, home

duties, and the condition that only those who were ineligible for the armed forces could join. Wartime humorists exploited the notion 206 Men’s memories of the Home Guard that, however patriotic, Home Guards were not ‘proper soldiers’. More than two decades later Dad’s Army built its success on the elaboration of this idea. Women’s struggles to participate fully in organised home defence had been, as we saw in Chapter 5, almost entirely ignored in popular culture, for all that individual women were permitted exceptional roles on a temporary basis in some high