a distinct and readily perceivable historical and intellectual genealogy. At the intellectual level, the cultural ideas of British fascism drew on and absorbed concepts from a variety of both European and native sources. With regard to the former, British fascist culture developed within the broad European-wide cultural critique of liberal rationalism and positivism that originated in the 1890s, and was thus an organic element of it. Fin-de-siècle anti-rationalist thinkers like Nietzsche, Bergson, Sorel and Le Bon all developed concepts that found their way

the institutions of the Interior Ministry. This was also reflected in the early fascist Government’s wavering attitude concerning the role which different police forces should play in the new political order, before Mussolini finally invested the Interior Ministry Police as the leading organ responsible for defending his dictatorship. Chapter 2 analyses how effectively a fascist culture penetrated the police. It contrasts the regime’s official and much propagandised integration of the Public Security forces into the new political order with the ideological and 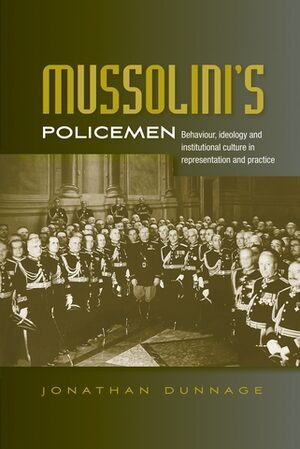 -1914 fascist culture on his part – ignores the triggering factor of the war (O’Brien, 2005: 49). Trotsky’s assertion of the role played by un-dialectical thinking in the desertion of Marxism by a series of American renegades only raises more questions about why they challenged the dialectic to begin with. But more importantly, it cannot explain why this anti-dialectical method did not prevent them from being radicals for a sustained period of time before becoming castaways. Thus the flawed radical approach can be criticised for underplaying the political context and

, and often fascist, cultures developed in various ways in Britain. Typically, antisemitism was at the heart of this politics, but this prejudice came in a variety of forms, from the anti-immigration protests of the British Brothers’ League to the Nazi-inspired conspiracist outlook of the Imperial Fascist League . This milieu was much more complex than just Mosley ’s more well-known British Union of

more sophisticated, being the product of dialogue among the regime’s intellectuals, and it usually took place in ‘highbrow’ magazines like Gerarchia or Primato. Fascist public discourse was, of course, often factually wrong, and always as biased as one might expect it to be, but it was far from mere propaganda. Rather, it was the shaper of Fascist culture, just as much as it was shaped by it. Yet even less complex propaganda worked as an osmotic process. As Philip M. Taylor underlined, even scholars in democracies who write of history without consciously making

was not just seen an antagonist, but as an unavoidable and decadent one. These two factors contributed to lead the country towards war and defeat. If not the myth of British weakness, Fascist Anglophobia survived both war and defeat. Italian neo-Fascist culture, which struggled to find a new self-definition in the immediate postwar years, was torn apart by its position between the West and the East in the new Cold War era.3 While the neofascist press was generally critical of the United States, the Movimento Sociale Italiano eventually placed itself firmly in the

The destiny of the art and artefacts
Abstract only
Giuliana Pieri

earlier. The reasons behind this wider public acceptance of images of Mussolini suggest a loosening of the strong anti-fascist culture which characterised Italian society and politics in the second half of the twentieth century and can be seen as the final testimony of the enduring legacy of the cult of the Duce. It is also, though, a result of changing artistic practices and a cultural climate that encourages revisitations of the past and eclectic appropriations. Notes  1 G. Bottai, ‘Il regime per l’arte’, in Politica Fascista delle arti (Rome: Signorelli, 1940 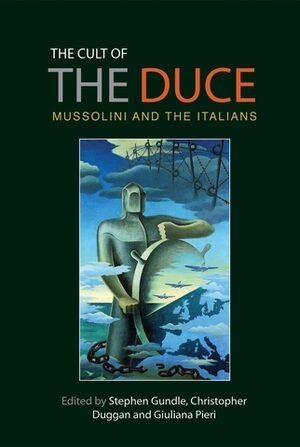