rape in Bellon’s L’Amour violé (both 1977), a portrayal of lesbian desire in Diane Kurys’s Coup de foudre (1983) – they tended to move towards less politicised, more popular genres in the 1980s. This move led to the comedy for Serreau, the thriller for Bellon and the heterosexual romance for Kurys (see below). By 1987 the Belgian film-maker Chantal Akerman was declaring that the idea of women

influential people, organised by the two Alains, it was distributed in France and Italy where it achieved a cult success. 1 Marienbad was a new milestone in French, if not in world cinema. Along with other young European film-makers at the end of the 1950s and beginning of the 1960s – Godard, Chabrol, Truffaut, Bergman, Antonioni et al . – Resnais had begun to experiment with every aspect of the cinema apparatus, exploring new 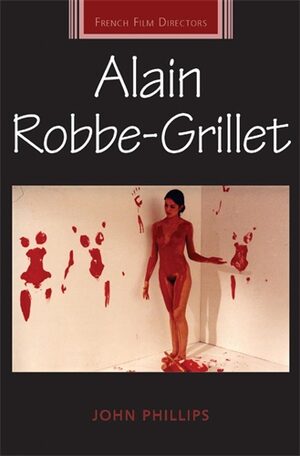 Are You Now or Have You Ever Been a Christian?
Abstract only
The Strange History of The Robe As Political Allegory
Jeff Smith

Smith reveals the particular biases and assumptions of blacklist allegories as well as the extent to which this type of interpretation has informed the reception of 1950s films. More specifically, he addresses several questions about the validity of allegorical readings of the blacklist. Is there a basis for such allegorical interpretations? What is the place of authorial intention and audience reception in the encoding and decoding of blacklist allegories? What does this reading strategy tell us about the politics of the films makers? Does this reading strategy privilege certain meanings of the text over others of equal significance?

David and Judith MacDougall were far from alone in developing reflexive and participatory ‘ways of doing’ ethnographic film-making during the 1970s and 1980s. Many other ethnographic film-makers in the English-speaking world were working in a similar manner during this period, including a number of those who had been active in the 1950s and 1960s, and whose work I describe in Chapters 3 and 4 . Abandoning the aspiration to produce objective film records of the kind envisaged by Margaret Mead, they too developed collaborative authorial

The very nature of ethnographic cinema – how it is practised, how it is talked about, where its limits are deemed to lie – has been profoundly shaped by the work of Jean Rouch. Through his personal example, he established the métier of ethnographic film-making as a creative activity of potentially broad horizons whose practitioners could engage in a lively exchange of ideas and methods with film-makers from many other backgrounds and with very different agendas. Moreover, he showed that it was not necessary for anthropologists to rely on

Anthropology , the landmark volume edited by Paul Hockings first published in 1975. Central to this conception was the idea that ethnographic film-makers should refrain from directing their subjects while on location and instead merely follow them as they went about their business. Once back in the edit suite, they should eschew excessive manipulation or embellishment of their material through cinematic devices such as montage, pedagogical voice-over narration, melodramatic narrative, extra-diegetic music or special effects. The overall aim should be to offer the audience

film-making did not involve academic anthropologists in a direct or active way in the production itself, nor was it necessarily based on prior academic research. However, its underlying production methods were similar to the field research methods typically employed by academic ethnographers in the sense that they were based on a prolonged period of participant-observation by the film-makers of a relatively small group of people or of a specific social institution, often over several months or even years, and they could also involve, even if only implicitly, some