After many years at the margins of historical investigation, the late medieval English gentry are widely regarded as an important and worthy subject for academic research. This book aims to explore the culture of the wide range of people whom we might include within the late medieval gentry, taking in all of landed society below the peerage, from knights down to gentlemen, and including those aspirants to gentility who might under traditional socio-economic terms be excluded from the group. It begins by exploring the origins of, and influences on, the culture of the late medieval gentry, thus contributing to the ongoing debate on defining the membership of this group. The book considers the gentry's emergence as a group distinct from the nobility, and looks at the various available routes to gentility. Through surveys of the gentry's military background, administrative and political roles, social behaviour, and education, it seeks to provide an overview of how the group's culture evolved, and how it was disseminated. The book offers a broad view of late medieval gentry culture, which explores, reassesses and indeed sometimes even challenges the idea that members of the gentry cultivated their own distinctive cultural identity. The evolution of the gentleman as a peer-assessed phenomenon, gentlemanly behaviour within the chivalric tradition, the education received by gentle children, and the surviving gentry correspondence are also discussed. Although the Church had an ambivalent attitude toward artistic expression, much of the gentry's involvement with the visual arts was religious in focus.

those of the wider population. Together, the chapters offer a broad view of late medieval gentry culture, which explores, reassesses and indeed sometimes even challenges the idea that members of the gentry cultivated their own distinctive cultural identity. To appreciate fully the value of this cultural approach to gentry studies requires an understanding of the subject

object of loyalty, that became known as the ‘county community’. It became axiomatic that when local gentlemen spoke of their ‘country’, they meant their county, and it was that which provided them with the prime locus of their social lives and object for their political and social loyalty. On this view the polity of early modern England was best viewed as 1 CUST & LAKE_9781526124654_PRINT.indd 1 02/06/2020 07:46 Gentry culture and the politics of religion an association of semi-autonomous county communities whose relations with the demands of the central government

sub-cultures for particular literary genres. All offer useful insight into the nature of gentry horizons, and the potential influence of regional activities on gentry culture. The purpose of this chapter is to survey and assess the studies undertaken so far on what might be called literary or reading networks. There are several reasons for trying to identify reading networks among the late medieval

Any discussion of gentry culture in late medieval England, and of the specific phenomena that accompany the shaping of gentry cultural identity, necessarily requires an analysis of the literature read, and sometimes produced, by the gentry. The emulation of noble culture in gentry circles has been noted by many critics; 1 in recent years, however, more emphasis

which these values that she finds in the letters relate are not those of martial chivalry, but of local genteel coexistence. Whether one accepts this sort of evidence as indicative of an identifiable gentry culture drawing away from the chivalrous mould, which had been such a powerful influence in the formative fourteenth-century period, may depend on how one is using the word

remembrance it is. NOTE 1  Indeed, such methodology continues to do so; we only need consider the examples of Jason Peacey, Print and Public Politics in the English Revolution (Cambridge, 2013); Brendan Kane, The Politics and Culture of Honour in Britain and Ireland, 1541–1641 (Cambridge, 2014); Paul C.H. Lim, Mystery Unveiled: The Crisis of the Trinity in Early Modern England (Oxford, 2012); Jan Broadway, ‘No historie so meete:’ Gentry Culture and the Development of Local History in Elizabethan and Early Stuart England (Manchester, 2012). 241 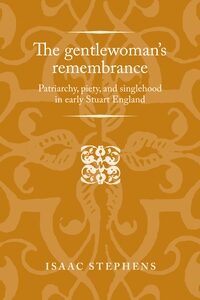 in The gentlewoman’s remembrance

environments’. 12 The level of interconnection between the worlds of the urban and rural gentry makes this research into the late medieval town- and cityscape potentially rich ground for the type of micro history that the study of gentry culture will involve. The stimulus for much of the work on the parish and other liturgical institutions has been the revision of the notion of a ‘popular’ Reformation in the

attitudes to knights and knighthood than his contemporary Chaucer, with his rather dull pilgrim-knight and his mockery of romance chivalry in the Tale of Sir Thopas, 2 or, a century or so later, Malory, whose Arthurian compendium, Le Morte Darthur , is infiltrated by the politics of the Wars of the Roses and the values of contemporary gentry culture. 3 As Putter has shown, Gawain ‘is a conventional romance, deeply rooted in the tradition of the Old French roman courtois’ . 4 The poet is more interested in what he sees as the essence of chivalry than in chivalry 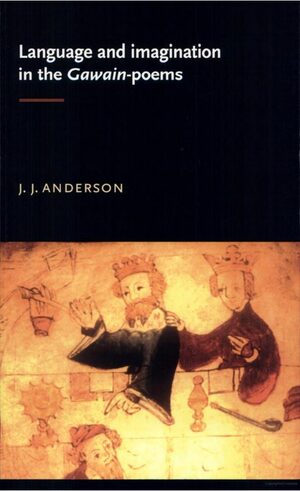