Gunslinging justice
Abstract only
The American culture of gun violence in Westerns and the law
Author: Justin A. Joyce

Gunslinging justice explores American Westerns in a variety of media alongside the historical development of the American legal system to argue that Western shootouts are less overtly ‘anti-law’ than has been previously assumed. While the genre’s climactic shootouts may look like a putatively masculine opposition to the codified and mediated American legal system, this gun violence is actually enshrined in the development of American laws regulating self-defense and gun possession. The climactic gun violence and stylized revenge drama of seminal Western texts then, seeks not to oppose ‘the law,’ but rather to expand its scope. The book’s interdisciplinary approach, which seeks to historicize and contextualize the iconographic tropes of the genre and its associated discourses across varied cultural and social forms, breaks from psychoanalytic perspectives which have long dominated studies of film and legal discourse and occluded historical contingencies integral to the work cultural forms do in the world. From nineteenth-century texts like Cooper’s The Last of the Mohicans (1826) and Reconstruction-era dime novels, through early twentieth-century works like The Virginian, to classic Westerns and more recent films like Unforgiven (1992), this book looks to the intersections between American law and various media that have enabled a cultural, social, and political acceptance of defensive gun violence that is still with us today. 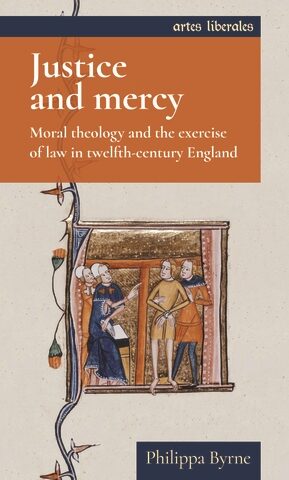 This book addresses one of the most acute moral and political dilemmas of the twelfth century: how did a judge determine how to punish an offender, and what was the purpose of such punishment? It examines how English judges weighed a choice which, if made wrongly, could endanger both the political community and their own souls. That choice was between two ideas which twelfth-century intellectual and legal thought understood as irreconcilable opposites: justice and mercy. By examining the moral pressures on English judges, Justice and Mercy provides a new way into medieval legal culture: rather than looking at the laws that judges applied, it reconstructs the moral world of the judges themselves. The book offers a fresh synthesis of the disciplines of intellectual history and legal history, examining theological commentaries, moral treatises, letters, sermons and chronicles in order to put the creation of the English common law into its moral context. This broad vision brings to light the shared language of justice and mercy, an idea which dominated twelfth-century discourse and had the potential to polarise political opinion. Justice and Mercy challenges many of the prevailing narratives surrounding the common law, suggesting that judges in church courts and royal courts looked strikingly similar, and that English judges had more in common with their continental counterparts than is often assumed. 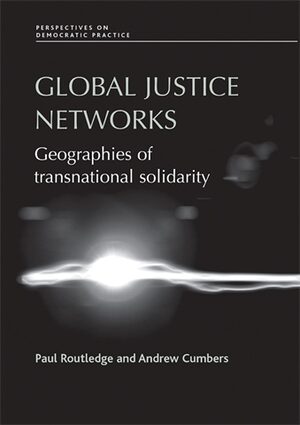 This book provides a critical investigation of what has been termed the ‘global justice movement’. Through a detailed study of a grassroots peasants' network in Asia (People's Global Action); an international trade union network (the International Federation of Chemical, Energy, Mining and General Workers); and the Social Forum process, it analyses some of the global justice movement's component parts, operational networks and their respective dynamics, strategies and practices. The authors argue that the emergence of new globally connected forms of collective action against neoliberal globalisation are indicative of a range of variously place-specific forms of political agency that coalesce across geographic space at particular times, in specific places and in a variety of ways. They also argue that, rather than being indicative of a coherent ‘movement’, such forms of political agency contain many political and geographical fissures and fault-lines, and are best conceived of as ‘global justice networks’: overlapping, interacting, competing and differentially placed and resourced networks that articulate demands for social, economic and environmental justice. Such networks, and the social movements that comprise them, characterise emergent forms of trans-national political agency. The authors argue that the role of key geographical concepts of space, place and scale are crucial to an understanding of the operational dynamics of such networks. Such an analysis challenges key current assumptions in the literature about the emergence of a global civil society.

Histories of justice
Abstract only
The crown, persuasion and lordship
Philippa Byrne

justice. At Bury St Edmunds in 1197, Samson must have looked as if he was persuaded by his counsellors, when in fact he had already arrived at his decision. What would Samson have done if he had been of a different opinion to his monks – if either party had believed that the sentence had to be carried out, regardless of cries for mercy? Both his authority and his judgment would have been under threat. The examples discussed here examine contemporary concerns about following the wrong kinds of judicial counsel. These were ramifications which went

5217P GLOBAL JUSTICE-PT/lb.qxd 13/1/09 19:59 Page 76 4 Global justice networks: geographical dynamics and convergence spaces This chapter is concerned with analysing how the operational dynamics of GJNs are acted out across geographic space. The spatiality of GJNs concerns both the geographical context in which they operate (e.g. the conditions, opportunities and constraints that they face) and the strategies that they employ. It concerns the myriad ongoing connections that combine different parts of the world together (by connecting different place

5217P GLOBAL JUSTICE-PT/lb.qxd 13/1/09 19:59 Page 48 3 Global justice networks: operational logics and strategies Given the aforementioned variety of political actors and strategic foci of GJNs, detailed in Chapter 2, it is perhaps unsurprising that they comprise a series of political, operational and geographical ‘fault-lines’. These include differences between ideological (e.g. Marxist, Feminist, Socialist, Social Democratic, Anarchist) and post-ideological (e.g. autonomist) positionalities; reformist and radical political agendas; the resource and power

Urban gardening and the struggle for social and spatial justice
Abstract only
Authors: Chiara Certomà, Susan Noori and Martin Sondermann

It is increasingly clear that, alongside the spectacular forms of justice activism, the actually existing just city results from different everyday practices of performative politics that produce transformative trajectories and alternative realities in response to particular injustices in situated contexts. The massive diffusion of urban gardening practices (including allotments, community gardens, guerrilla gardening and the multiple, inventive forms of gardening the city) deserve special attention as experiential learning and in-becoming responses to spatial politics, able to articulate different forms of power and resistance to the current state of unequal distribution of benefits and burdens in the urban space. While advancing their socio-environmental claims, urban gardeners make evident that the physical disposition of living beings and non-living things can both determine and perpetuate injustices or create justice spaces.
In so doing, urban gardeners question the inequality-biased structuring and functioning of social formations (most notably urban deprivation, lack of public decision and engagement, and marginalisation processes); and conversely create (or allow the creation of) spaces of justice in contemporary cities.
This book presents a selection of contributions investigating the possibility and capability of urban gardeners to effectively tackle spatial injustice; and it offers the readers sound, theoretically grounded reflections on the topic. Building upon on-the-field experiences in European cities, it presents a wide range of engaged scholarly researches that investigate whether, how and to what extent urban gardening is able to contrast inequalities and disparities in living conditions.

The role of judicial exempla Where, then, did a twelfth-century judge turn to understand what justice looked like? How might the multiplicity of arguments addressed to those who sat in judgment be boiled down to provide some form of practical guidance? Central to the argument of this book is that one way of resolving the competing claims of justice and mercy was to emulate the most eminent historical judges. Twelfth-century judges had the history of their illustrious and distinguished predecessors to fall back on – a

5217P GLOBAL JUSTICE-PT/lb.qxd 13/1/09 19:59 Page 28 2 Networks, global civil society and global justice networks In this chapter our purpose is to fuse together recent theorisations about the resistance to neoliberalism with broader debates that seek to conceptualise changes in society more generally, stemming from processes of globalisation. The latter, typified by the work of Manuel Castells, perceive of a fundamental qualitative shift in both the organisation and relations of human society brought about by globalisation processes. The network concept has

‘A kind of wild justice’
Abstract only
Revenge and constitutional commentary in the Western
Justin A. Joyce

1 ‘A kind of wild justice’: revenge and constitutional commentary in the Western John Huston’s 1972 film, The Life and Times of Judge Roy Bean, tells the story of an outlaw who sets himself up as a judge—the judge—in an ungoverned territory of western Texas. Markedly irreverent, the film is explicitly dedicated to raising myth over history, an agenda made clear by opening titles that declare, ‘Maybe this isn’t the way it was … it’s the way it should have been.’ ‘Judge’ Roy Bean (Paul Newman) administers a ruthless and unchecked style of ‘justice’ and law that