’s return to England in 1651 upon the publication of Leviathan has at times been regarded as a personal enactment of the political theories espoused in his treatise; we tend to object strenuously to any charges of opportunism or ideological backsliding on Milton’s part, seeing it as uncharacteristic of his rigorous sense of political and religious principle; as for Dryden, well …1 1 texts and readers in﻿ the age of marvell Since at least the 1980s, there has been a steady stream of excellent work on the politics of literature and the literature of politics in

, and the literature of political theory, would not be available. Much of conventional political theory has been descriptive and naturalising, telling us what must be the case about ‘man and society’, such that we can understand why relations of political power in society are necessary, and then see which principles and institutions are most advisable within realistic bounds of possible change. Power theories of

scholars actually attempted to dwell on the theoretical implications that such an important event could raise about international–national linkages. The international dimension was treated as a trigger and then largely forgotten about. Recent works on democratisation are challenging the centrality of domestic factors and emphasise the decisive role of external variables. The interaction between the domestic and the international realms of politics has been a constant theme throughout the literature of political science, but since the early 1990s it has gathered new pace

Some other interpretations
Abstract only
Susan Strange

’, the ‘unbridled cartelization’ of earlier periods. Social democracy has failed to tame it, and the workers of the world should regain their class consciousness, uniting with the socialist countries and the new masses of the third world. Parboni is typical of many European writers in seeking inspiration from the classical literature of political economy. The present crisis, he feels, has rehabilitated some of the ideas of Marx, Lenin and Schumpeter which had been prematurely declared obsolete. Marx saw crises in capitalist societies as redefining capitalist 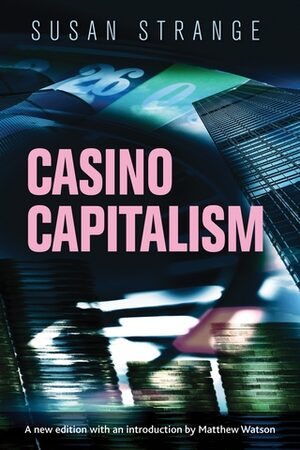