6 Local services, community and civic engagement Introduction In Chapter 6 the focus is on local services and their impact on strengthening civic engagement and local communities. First, there will be a focus on central government policy. There will be an analysis of some initiatives of the last Labour government as well as an initial assessment of the emerging policy agenda of the current Conservative/ Liberal Democrat coalition. Local public service reform will also be looked at in the context of the role of markets and the increasing emphasis on the choice

information with partners, coordination groups and other relevant actors ( Sphere Association, 2018 : 71). Conducting training for local service providers and providing documentation in local languages are also recommended. Numerous groups are engaged in projects to increase the quality and reach of crisis translation. For interpreting (the spoken act of translation), the InZone project demands recognition. 2 InZone has pioneered innovative approaches to

local civic engagement and political participation. This was to be welcomed. And yet the suspicion remained that this was part of an agenda to ‘hollow out’ the role of local government in favour of a rather disparate notion of community empowerment. This is not to deny the crucial importance of community activity. Indeed, I have noted in this book countless examples of community organisations, social enterprises and individuals making a real difference to the shaping of local services and a major contribution to local democracy. Such activity is essential to the

institutions. These include citizen panels, neighbourhood governance arrangements and the use of referenda. The effectiveness, or otherwise, of such measures in boosting civic engagement will be analysed. Chapter 6 focuses on local services and policy attempts to widen public participation in the shaping and delivery of such services. Finally, Chapter 7 looks at the concept of sustainability and regeneration strategies to build sustainable communities, both physical and social. Within this, there is an also an analysis of local strategies to combat climate change. The last

citizenry. The local council provides the main institutional setting for this process, with political parties and community or local action groups providing associated theatres for political interaction. Second, there is a complex set of institutional arrangements driven by managerial and technocratic concerns and aimed at the provision of important public services, services which, while needing to respond to local priorities and concerns, must meet national standards and considerations. Local government is the means by which the provision of local services is brought 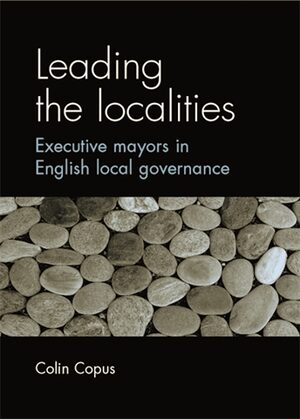 In 2006, two acts of commemoration took place to the memory of the Ulster Special Constabulary (USC). One was staged in a public site of national commemoration at the National Memorial Arboretum (NMA) in Lichfield, Staffordshire and the other was a very local service in the remote site of Mullaghfad Church, Co.Fermanagh, Northern Ireland. Both of these events were state-funded under the terms of the ‘Victims and Survivors Befriending Grant Scheme’, but engaged in very different modes of remembrance. This chapter focuses on the USC memorial at the NMA as a strategic site of memory for the Ulster unionist community. Drawing upon interviews with members of the Ulster Special Constabulary Association (USCA) present at the commemoration, it explores the active role Britain plays as a physical and symbolic site of ‘respite’ for Ulster unionists. In contrast to the private, divisive nature of memorials to the USC in Northern Ireland, the NMA site enables the USCA to locate its role in the Troubles in terms of British heroism and sacrifice, alongside memorials to other UK police units. The chapter suggests that historians should look more closely at the active role Britain plays in commemorating the Northern Irish Troubles.

projects. In the 1980s and 1990s, successive Conservative governments promoted public participation in relation to the delivery and shaping of local public services. This took various forms. Customer satisfaction surveys were increasingly used to gauge the public view on the quality of public services. There were also attempts to bring the public into the domain of local service management. In education, local school governing bodies (with representatives from the local community including parents) were given more power. In health, patients were given more influence over