Missionary families were the building blocks of an enterprise that spanned the globe in the nineteenth (and twentieth) century. This book explores both the institutional and the intimate history of the missionary family. It is anchored in the specificities of the South Seas Mission and South African Mission: the first two missions of the London Missionary Society (LMS), out on the absolute border of the spiritual frontier. The book traces the history of the missionary couple's place within LMS mission objectives in the nineteenth century. Missionary wives became unofficial and unpaid missionaries themselves with carefully delineated gendered roles. The initial ambivalence about their role gave way to their ascendency in mid-century, only to be partially marginalised upon the arrival of single 'lady' missionaries from 1875 onwards. The book shows how the personal and professional lives of male and female missionaries were structured around marriage, and if they were lucky, companionate marriage. Male and female missionaries on the spiritual frontier had to deal with the all the difficulties and delights of parenthood in a state of perceived racial and cultural isolation. The book unpacks the duality of missionary children, how their good and bad behaviour could actively shape the mission experience. Second-generation missionaries were a success story for the LMS, received encouragement from their parents, had cultural sympathy, linguistic fluency and climactic suitability, and were often just the beginning of long-standing missionary dynasties.

and privileged beyond words?’ This – this my mother told me, was a landmark in her life … She renewed her vows and went forward with fresh hope and courage. (Bessie Price talking of her mother, Mary Moffat) Sometime around the early 1820s, Ann Hamilton, seasoned and, indeed, determined, wife of LMS missionary Robert Hamilton in southern Africa, stood before her young missionary colleague, superintendent of the station Robert Moffat, in order to answer his enquiries relating to her ‘character’ and

they were unable to withstand … and their conduct since has given us extreme pain. (South Seas missionary Charles Barff, 9 September 1845) As we have seen throughout this book, then, the London Missionary Society (LMS) was constantly and consistently preoccupied with issues relating to missionary families, a situation forced upon them by missionaries in the field, who fretted anxiously about their children’s futures, and by a philanthropically- and evangelically-minded missionary public. The LMS

The boys [of the South Seas Mission] … are too young for labour. It will however be of the highest importance that they should have regular employment before habits of indolence are formed and matured. At present there is no regular and suitable employ for the females … if this plan be continued the children of the Missionaries will neither be properly instructed or employed, but will contract habits of immaturity and sloth which will at once be destructive of their morals and destroy all

Missionaries and their medicine
Abstract only
A Christian modernity for tribal India
Series: Studies in Imperialism
Author: David Hardiman

In November 1880 the Reverend Charles Thompson arrived at Kherwara, Rajasthan, India, to establish the first Anglican mission to the Bhils, a primitive tribe, by going amongst them as a healer. This book sets out the history of the interaction between the missionaries and the Bhils, a history of missionary medicine, and how certain Bhils forged their own relationship with modernity. During the 1870s, the Church Missionary Society declared its intention to open more missions 'among the non-Aryan hill-people', and the Bishop of Lahore wanted more missions to work amongst the 'aboriginal' Bhils. A great famine that began in 1899 brought radical changes in the mission to the Bhils. After the famine, many of the Bhagats, a local sect, became convinced that the sinless deity was the God of Christians, and they decided to convert en masse to Christianity. The missionaries working amongst the Bhils believed that Satan was in their midst, who was constantly enticing their hard-won converts to relinquish their new faith and revert to their 'heathen' ways. It was argued that 'heathen' beliefs and culture could be attacked only if female missionaries were required to work with native women. Mission work had always been hampered by a lack of funds, and at one time, the hospital at Lusadiya had to dissuade many would-be inpatients from coming for treatment due to lack of beds. The book also deals with the work of the mission in the post-colonial India, which laid more stress to healing than evangelism.

The rise and fall of the missionary wife
Abstract only
Emily J. Manktelow

If single men went, which probably will be most desirable to begin, they would do well to form matrimonial connections with the first converts of the natives, especially with those connected with the superior families; who would thus, receiving them into their bosom, be more engaged to protect them. (LMS Director Thomas Haweis on the ideal marital condition of early missionaries, 1795) On 29 June 1803, James Read, evangelical Protestant missionary in southern Africa

In 1841, the Welsh sent their first missionary, Thomas Jones, to evangelise the tribal peoples of the Khasi Hills of north-east India. This book follows Jones from rural Wales to Cherrapunji, the wettest place on earth and now one of the most Christianised parts of India. It is about the piety and practices, the perceptions and prejudices of people in early nineteenth century Wales. The book is also about the ways in which the religious ambitions of those same people operated upon the lives and ideas of indigenous societies of the distant Khasi Hills of north-eastern India. It foregrounds broader political, scientific, racial and military ideologies that mobilised the Khasi Hills into an interconnected network of imperial control. Its themes are universal: crises of authority, the loneliness of geographical isolation, sexual scandal, greed and exploitation, personal and institutional dogma, individual and group morality. In analysing the individual lives that flash in and out of this history, the book is a performance within the effort to break down the many dimensions of distance that the imperial scene prescribes. It pays attention to a 'networked conception of imperial interconnection'. The book discusses Jones's evangelising among the Khasis as well as his conflicts with church and state authority. It also discusses some aspects of the micro-politics of mission and state in the two decades immediately following Thomas Jones's death. While the Welsh missionary impact was significant, its 'success' or indeed its novelty, needs to be measured against the pre-existing activities of British imperialists.

Victorian missionary adventurer and he could not bear to think of ‘feebly letting slip the opportunity’. 2 Rev. Ebenezer E. Jenkins was General Secretary of the Wesleyan Methodist Missionary Society and a powerful gatekeeper. 3 No proposal progressed far without his support. Winston lobbied mercilessly until at the end of 1886 Jenkins’s resistance crumbled. He sent Winston to spy out the land in Burma with Rev. John Brown as his ‘minder’. 4 Their main concern was whether they would be welcomed by the Protestant missionaries

Essay’ on The Arabian Nights ]. Throughout the world missionaries objected to an immense range of traditional attitudes and activities quite apart from obvious targets like slavery, infanticide, cannibalism, suttee, and footbinding. Nudity and long hair were regarded as indecent, tattooing as degrading, polygyny as adulterous, bridewealth 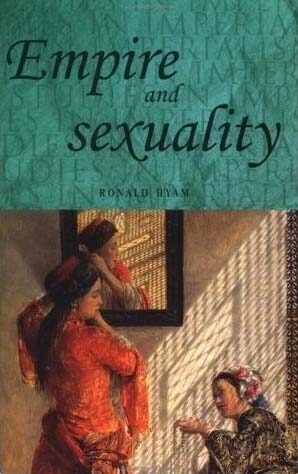