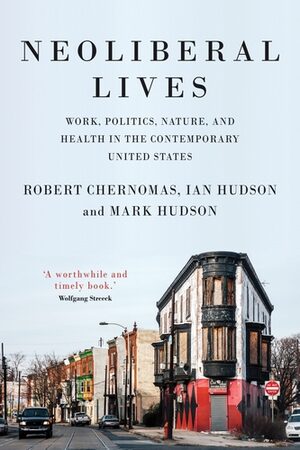 Life in America has been transformed over the past thirty-five years. Using a historical materialist framework, the authors argue that what appear today as fragmented social, economic, environmental, and political problems are all manifestations of neoliberalism – a class-based political project to position capital more favourably in its struggle to preserve the conditions for accumulation. This project reaches deeply into the weave of biological, ecological, and social life. It involves both the increasing role of money and markets in the determination of life chances, and the systematic push of corporations into previously protected spheres of life.
Emphasizing Martha Nussbaum’s question “What does a life worthy of human dignity require?”, each chapter of this book (covering work, the environment, health, education, and politics) analyses a cornerstone of human development that had previously been, to varying degrees, protected from the logic of the capitalist market. This book examines how US business successfully increased control over, privatized, or commodified each of these areas, amounting to a neoliberal transformation of lived experience. Neoliberalism has far-reaching and troubling consequences for the potential of people in the US to live a full and flourishing life. The final chapter provides an evaluation of the claim that the election of Donald Trump to the US presidency represents a rupture in neoliberal politics.

3 Neoliberalism: Epistemological finitude or infinite freedom? Introduction This chapter addresses the intellectual underpinnings of contemporary reforms in liberal democracies seeking to enhance accountability, credibility and evidence in the conduct of government. The chapter has two overall arguments, a conceptual one and an empirical one. Conceptually, it is argued that we may overcome some of the shortcomings of existing ways of analysing contemporary neoliberalism by analysing it in terms of a particular way of problematising government, rather than as a 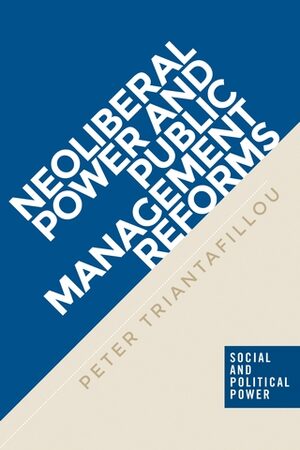 Over the course of the past twenty-five years, as neoliberal economics has transformed the geopolitical landscape, monsters have overrun popular culture. This book explores literary, televisual, filmic and dramatic works from distant and diverse countries. It traces the vampire's evolution from the nineteenth-century past of industrial capitalism to the neoliberal present's accelerated violence and corrupt precarity, and discusses the NBC television mini-series Dracula, perfectly encapsulating our own post-recessionary subjectivity. The book addresses state capitalism but turns readers' attention away from the vampire and towards the ghost, focusing on the ways in which such spectral figures have come to dominate new German theatre. On the biotechnology sector, the book presents three examples: cinematic depictions of the international organ trade in Asia, the BAFTA award winning three-part series In the Flesh broadcast in BBC3, and literary representations of the dehumanised South African poor. The book moves from the global to the local, and charts the ways in which post-2006 house owners are trapped in the house by the current economic situation, becoming akin to its long-term resident ghosts. The ghost estates, reanimated and reimagined by the Irish artists and film-makers, are shown to embody the price paid locally for failures in global economic policy. The preoccupation with states of liminality is encapsulated by showing that the borders of the nation state have become a permeable membrane. Through this membrane, the toxic waste of first world technology seeps out alongside the murderous economic imperatives of the neoliberal agenda.

This book shows that neoliberalism is a complex phenomenon that is linked to public administration and management in no straightforward manner. The key problem for critical neoliberalism is how the state can and should govern in a situation of epistemological finitude without infringing on individual freedom. The book explores neoliberalism first in terms of a critical problematisation of government and then in terms of a constructivist problematisation. Over the last two or three decades, the public sectors of many liberal democracies have seen a tremendous surge of reforms, programmes and policies seeking to promote accountability, credibility and evidence. These include the institutionalisation of ever more sophisticated performance-measurement systems and the accreditation of institutions providing key public services. The ambition is to move from a rule-based to a result-based public sector. The book examines how performance auditing of state and other public institutions has become increasingly important in most OECD countries. It discusses the general shifts in the regulative ideals informing the making of the civil-servant persona in liberal democracies. The quest for accountability, credibility and the use of evidence in the public administration are examples of a more or less new form of power. This form of power is in turn informed by what the author calls 'constructivist neoliberalism'.

) In contemporary culture the omnipresence of vampirism coincides with a specific kind of subjectivity produced under neoliberal capital. Taking a cue from Noémi Szécsi’s The Finno-Ugrian Vampire ( 2012 ), vampirism becomes a way of life: ‘You must suck out their blood before they suck out yours’ (Szécsi, 2012 : 4). In this chapter I will

International Marine Organization abandoned its regulatory efforts. The universe of the superyacht—with a tiny elite competing for status and prestige with one another, holding almost complete power over a dependent and subservient workforce, and operating in a regulatory void—is partially a result of many of the practices falling under the banner of “the neoliberal,” while it simultaneously holds within it the image of a neoliberal utopia. The class divisions that make the superyacht possible, the making of a world in its image, and the consequences

European theatre has long been preoccupied with the spectralising and dehumanising effects of postmodern and neoliberal economics, commerce, and labour relations. This thematic focus can potentially be explained by the structural importance of performances and performativity they both share. In his landmark study of 1999 entitled Postdramatisches Theater

Over the course of the past twenty-five years, as neoliberal economics has transformed the geopolitical landscape, monsters have overrun popular culture. Film and literature, graphic novels, fashion and music, computer and online gaming have all appropriated the gothic’s ghosts and witches; vampires and werewolves; ancient castles, curses, questing heroes and secrets from

Writing in the mid-1950s, the American sociologist C. Wright Mills opened his account of the “power elite” by illuminating a divide within US society, between those with the capacity to shape the world, and those for whom it is shaped. Mills's account, told at a time well before neoliberalism and during an expansion of working-class economic fortunes, makes for grim reading. “The very framework of modern society,” says Mills, “confines [the masses] to projects not their own, but from every side, such changes now press upon the men and

If neoliberalism were a cat it would have used up two of its nine lives. The first reports of its death came after the crushing economic crisis of 2008. The origins of the crisis were correctly traced to increased financialization of the housing market and the growing indebtedness of US households as they attempted to maintain their consumption levels in the face of stagnant real wages. These problems were also, again correctly, laid at the feet of deregulation and labor-market policy that created more power for employers, both of which