to police not only the boundaries of propriety but also the expression of queer political sensibilities and subjectivities. In its final section, this chapter focuses on evidence collected by the 1977 Committee on Obscenity and Film Censorship to illustrate how gay men conceptualised the place of pornography in their lives and its role in the broader struggle for the freedom, in the words of Sean Barker, an Emmanuel College, Cambridge, man, ‘to create beauty in any form, … to be obscene and excite lust, … to witness obscenity and to be excited by it, … to speak 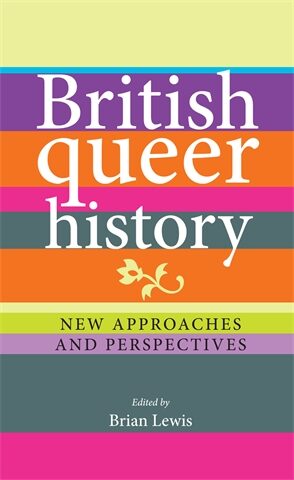 Voices in the wilderness?
Abstract only
The Progressive League and the quest for sexual reform in British politics, 1932–59
Janet Shepherd

, marriage reform, the legalisation of homosexuality and reform of the obscenity laws. Lesley Hoggart has argued that ‘visions of sexual liberation’ may have seemed remote during the rise of fascism in the 1930s.12 Undoubtedly, fascism dominated most political agendas, including within the FPSI – an organisation founded at a time of factionalism in the labour movement following the Labour Party’s catastrophic 1931 defeat.13 In the ‘greatest landslide of British democratic history’, Labour was reduced to fifty-two seats and only septuagenarian George Lansbury from the old

the same time, pioneering ecological modes of waste disposal and husbandry with which we have lately become urgently familiar. Chapter 4 contrasts what it identifies as ‘innocent scatology’, characteristic of English literature of the mid-1650s (and earlier), with the caustic and malevolent obscenity in that composed following the Restoration. The chapter argues that 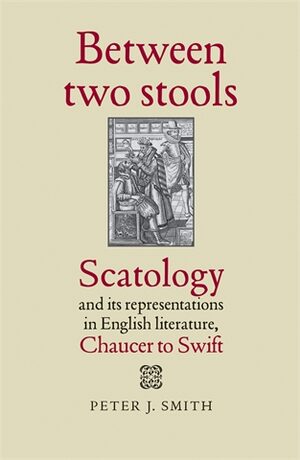 Turning the other cheek
Abstract only
Scatology and its discontents in The Miller’s Tale and The Summoner’s Tale
Peter J. Smith

of expurgation or censorship. The second: for the Marxist literary historian, Lee Patterson, the ebullient low-life of Chaucer’s literary world represents the rebellious agrarian peasantry whose revolutionary ardour precipitates the decline of feudalism. Scatology and obscenity function to destabilise the prevailing feudal norms and problematise class relations or, if that

literature from the Middle Ages until the mid-twentieth century, is the product of a society where nearly every woman past puberty is covered with hair, but a conspiracy of silence renders it culturally invisible. This chapter will begin by examining the erasure of female body hair in general from polite literature, followed by the special status of pubic hair, and the means by which writers seek to convey its presence without incurring charges of obscenity: where appropriate, ancient Greek and Latin sources will be cited. There follows an examination of more direct

This book demonstrates a fruitful cross-fertilisation of ideas between British queer history and art history. It engages with self-identified lesbians and with another highly important source for queer history: oral history. The book highlights the international dimension of what to date has been told as a classic British tale of homosexual law reform and also illuminates the choices made and constraints imposed at the national level. It embarks on a queer critical history, arguing for the centrality, in John Everett Millais's life-writing, of the strange-to-us category of unconventionality. The book aims to expose the queer implications of celebrity gossip writing. It offers a historical analysis of the link between homosexual men and gossip by examining the origins of the gossip column in the British tabloid press in the three decades after 1910. The book provides an overview of the emergence and consolidation of a number of new discourses of homosexuality as a social practice in postwar Britain. It explores a British variant on homophile internationalism before and immediately after the 1967 Sexual Offences Act by mapping Grey's cross-border connections while noting strain against transnational solidarity. The book focuses on evidence collected by the 1977 Committee on Obscenity and Film Censorship to illustrate how gay men conceptualised the place of pornography in their lives and its role in the broader struggle for the freedom.

Between two stools
Abstract only
Scatology and its representations in English literature, Chaucer to Swift
Author: Peter J. Smith

This book investigates the representation of scatology (humorous, carnivalesque, satirical, damning and otherwise) in English literature from the middle ages to the eighteenth century. The 'two stools' stand for two broadly distinctive attitudes towards scatology. The first is a carnivalesque, merry, even hearty disposition, typified by the writings of Chaucer and Shakespeare. The second is self-disgust, an attitude characterised by withering misanthropy and hypochondria. The book demonstrates how the combination of high and low cultures manifests the capacity to run canonical and carnivalesque together. This makes sanctioned and civilised artefacts and scatological humour frequently co-exist in the works under discussion, evidence of an earlier culture's aptitude (now lost) to occupy a position between two stools. The book considers the history of bowdlerisation of Chaucer's fabliaux and reflects upon the current state of scatological commentary. 'Innocent scatology', characteristic of English literature of the mid-1650s, is contrasted with the caustic and malevolent obscenity in that composed following the Restoration. Just as in The Miller's Tale, the fart, in 'the bum-centred comedy' of The Summoner's Tale, is a long time coming. Cavalier scatology is infused with a political specificity which is less pronounced in that of the earlier period. The common characteristic of most examples of Shakespearean onomastic bawdy is their localised essence. The relationship between anality and sexuality, central to the work of Rochester and of essential importance to Freudian theory, is explored in one of Jonathan Swift's comically excremental poems, 'Strephon and Chloe'.