From Partition to Brexit
Abstract only
Author: Donnacha Ó Beacháin

From Partition to Brexit is the first book to chart the political and ideological evolution of Irish government policy towards Northern Ireland from the partition of the country in 1921 to the present day. Based on extensive original research, this groundbreaking work assesses the achievements and failures of successive Dublin administrations, evaluating the obstacles faced and the strategies used to overcome them. Challenging the idea that Dublin has pursued a consistent set of objectives and policies towards Northern Ireland, this timely study reveals a dynamic story of changing priorities. The picture that emerges is one of complex and sometimes contradictory processes underpinning the Irish Government’s approach to the conflict.
Drawing on extensive archival research and interviews, the author explores and explains the gap between the rhetorical objective of Irish unity and actual priorities, such as stability within Northern Ireland and the security of the Irish state. The book explains why attempts during the 1990s to manage the conflict in Northern Ireland ultimately proved successful when previous efforts had foundered. Identifying key evolutionary trends, From Partition to Brexit demonstrates how in its relations with the British Government, Dublin has been transformed from spurned supplicant to vital partner in determining Northern Ireland’s future, a partnership jeopardised by Britain’s decision to leave the European Union.
Informed, robust and innovative, From Partition to Brexit is essential reading for anyone interested in Irish or British history and politics, and will appeal to students of diplomacy, international relations and conflict studies.

The politics of partition, 1920–1932
Abstract only
Donnacha Ó Beacháin

1 The politics of partition, 1920–1932 Westminster’s passing of the Government of Ireland Act in March 1920, which partitioned the country, resulted from the inability, or unwillingness, of the British political elite to reconcile the conflicting demands of their loyal supporters, who constituted 18 per cent of the Irish population, and the majority wish for complete separation from the United Kingdom. The exclusion from Dublin’s jurisdiction and the size of the new six-county ‘Northern Ireland’ very much catered for the demands of Ulster Unionists and their

Fermanagh, Cahir Healy, whether Brooke’s speech represented government policy, Prime Minister Craig told Parliament 40 From Partition to Brexit that Brooke had spoken ‘as a Member of His Majesty’s Government’ and that ‘there is not one of my colleagues who does not entirely agree with him’.5 As it was clear that it was government policy to guarantee that only those deemed loyal prospered in Northern Ireland, Patrick O’Neill asked Craig how the loyalty of an individual could be tested, to which the Prime Minister replied: There are ways of finding that out. The

a five-party coalition, which resulted in a general relaxation of procedural norms, most notably the principle of collective responsibility.2 For sixteen years, Taoiseach and External Affairs Minister had been the one person, de Valera; now they were not only different people but from different parties, with Seán MacBride, who little more than a decade earlier had been the IRA’s Chief of Staff, directing much of the Government’s anti-partition policies. To step into de Valera’s shoes and to satisfy the expectations of his coalition partners, Clann na Poblachta

acquired portfolio on the understanding that he would retain it under Reynolds’s premiership and that he would contest the party leadership whenever Reynolds decided to step down.1 Neither man knew how brief Reynolds’s tenure as Taoiseach 218 From Partition to Brexit would be – little more than two years and nine months. However, during this time Reynolds would play a vital role in a series of major breakthroughs in Northern Ireland and in facilitating a peace process to take root. The new Taoiseach’s proclamation that, along with the economy, Northern Ireland was

4 The Irish Anti-Partition League: possibilities and pitfalls, 1945–49 The question in 1945 was to what degree could the elected nationalist representatives take advantage of the altered political landscape resulting from the return of a Labour government at Westminster to raise, what one observer of the election had termed, the ‘burning sense of grievance’ their constituents felt in regard to the issues of discrimination in employment and housing, franchise gerrymandering and internment?1 As Russell Rees has argued, there were distinct prospects here. The 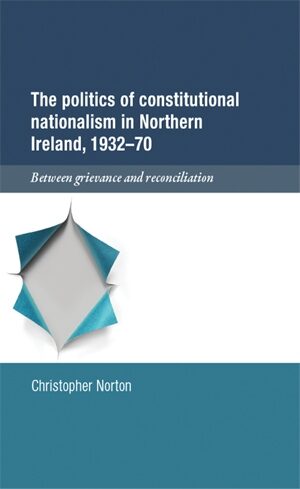 State Government inherited 21,000 civil servants 2 From Partition to Brexit and to this number it added a mere 131 of its own and reinstated 88 others. Chubb notes that The administrative machinery of the new state did not have to be created: what existed was taken over by nationalist rebels, most of whom were by no means revolutionaries looking to effect great social and political reforms … Their senior civil service advisers, steeped in the British tradition, saw no need for changes in administrative structures or practices. They looked for and got much friendly

the Stormont and London governments and not with your government’ and there was ‘a limit to the extent to which we can discuss with outsiders—even our nearest neighbours, this internal matter’.1 But just as the British were instructing Dublin to back off, the Government was besieged with requests to support the northern nationalist community. The 106 From Partition to Brexit cabinet meeting of 13 August exposed deep divisions on how best to respond. Kevin Boland, Neil Blaney and Charles Haughey advocated some kind of military action. This might take the form of

In fear of Armageddon, 1974–1979
Abstract only
Donnacha Ó Beacháin

analysis of the regime type that would allow such an atrocity to go unpunished. Rather, the Minister for Justice focussed on public empathy with the victims of Bloody Sunday who, in the absence of official justice, had burnt down the symbol of British diplomacy in Ireland. It was this reaction – that caused no injuries, let alone fatalities – that was depicted as ‘irrational’ and ‘frightening’. 138 From Partition to Brexit Moreover, Cooney did not suggest that nationalists should interrogate the nature of loyalism as a result of the 17 May massacre. Instead he