1 Paternalism In this chapter, I introduce the central themes of the book. These themes can best be presented as questions, as follows: When parents exercise power over their children, what are the various forms power takes and what forms of power can be morally justified? When we evaluate the legitimacy of parental power, can we be faced with moral dilemmas, and if so how can we resolve such conflicts? Finally, in what ways may parents exercise power over children who lack the qualities of an agent, those who are capable of agency but are incompetent, and those 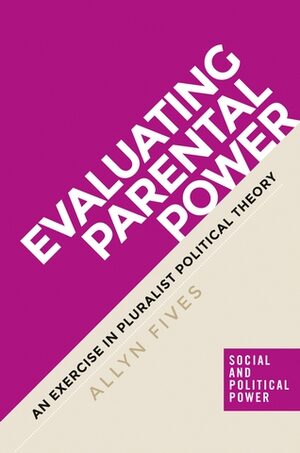 trousers. Christianity and education Settlers most distrusted Christian Africans, especially that class known as ‘mission boys’. Missionaries such as Archdeacon W. E. Owen who preached equality between the races [even while exercising a racist paternalism over his followers] were condemned. 33 Harold Robertson insisted that the ‘entirely illogical 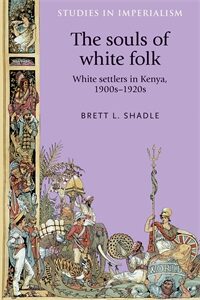 Part I: Paternalism and its limits
Abstract only
Allyn Fives

Part I Paternalism and its limits When parents exercise power over their children, are they acting paternalistically? Indeed, must parents behave towards their children in a paternalistic fashion for their power to have legitimacy? These are the questions addressed in the next two chapters. I first ask, what is paternalism (Chapter 1)? We shall see that there are two very different definitions of paternalism that political philosophers employ. My argument is that the most widely used of these definitions, the one most closely associated with Mill’s liberalism

Chapter 4 Failed states, failed empires and the new paternalism In 2014 the people of Crimea voted to secede from Ukraine and join with Russia. For a vote held in haste and in a territory that had already been occupied by Russian special forces in any case, the Crimean secessionists demonstrated remarkable care in seeking to ground their efforts in international law: they cited as precedent the ruling of the International Court of Justice when it found that the secession of Kosovo from Serbia in 2008 did not breach international law. The 2008 Russian

Kenya’s white settlers have long captivated observers. They are alternately celebrated and condemned, painted as romantic pioneers or hedonistic bed-hoppers or crude racists. If we wish to better understand Kenya’s tortured history, however, we must examine settlers not as caricatures, but as people inhabiting a unique historical moment. We must ask, what animated their lives? What comforted them and what unnerved them, to whom did they direct love, and to whom violence? The Souls of White Folk takes seriously – though not uncritically – what settlers said, how they viewed themselves and their world. It argues that the settler soul was composed of a series of interlaced ideas: settlers equated civilization with a (hard to define) whiteness; they were emotionally enriched through claims to paternalism and trusteeship over Africans; they felt themselves constantly threatened by Africans, by the state, and by the moral failures of other settlers; and they daily enacted their claims to supremacy through rituals of prestige, deference, humiliation, and violence. The book explains how settlers could proclaim real affection for their African servants, tend to them with intimate medical procedures, as well as whip, punch and kick them – for these were central to the joy of settlement, and the preservation of settlement. It explains why settlers could be as equally alarmed by an African man with a fine hat, Russian Jews, and a black policeman, as by white drunkards, adulterers, and judges – all posed dangers to white prestige.

This is a book about parents, power, and children and, in particular, the legitimacy of parents' power over their children. It takes seriously the challenge posed by moral pluralism, and considers the role of both theoretical rationality and practical judgement in resolving moral dilemmas associated with parental power. The book first examines the prevailing view about parental power: a certain form of paternalism, justified treatment of those who lack the qualities of an agent, and one that does not generate moral conflicts. It proposes an alternative, pluralist view of paternalism before showing that even paternalism properly understood is of limited application when we evaluate parental power. According to the caretaker thesis, parental power makes up for the deficits in children's agency, and for that reason children should be subjected to standard institutional paternalism. The liberation thesis stands at the other end of the spectrum concerning children's rights. The book then addresses the counter-argument that issues of legitimacy arise in the political domain and not in respect of parent-child relations. It also examines the 'right to parent' and whether parents should be licensed, monitored, or trained children's voluntariness and competence, and the right to provide informed consent for medical treatment and research participation. Finally, the book talks about parents' efforts to share a way of life with their children and the State's efforts to shape the values of future citizens through civic education. The overall approach taken has much more in common with the problem-driven political philosophy.

This book explores the experiences of the sick poor between the 1750s and through the so-called crisis of the Old Poor Law ending in the 1830s. It provides a comprehensive and colourful overview of the nature, scale and negotiation of medical welfare. At its core stand the words and lives of the poor themselves, reconstructed in painstaking detail to show that medical welfare became a totemic issue for parochial authorities by the 1830s. The book suggests that the Old Poor Law confronted a rising tide of sickness by the early nineteenth century. While there are spectacular instances of parsimony and neglect in response to rising need, in most places and at most times, parish officers seem to have felt moral obligations to the sick. Indeed, we might construct their responses as considerate and generous. To some extent this reflected Christian paternalism but also other factors such as a growing sense that illness, even illness among the poor, was and should be remediable and a shared territory of negotiation between paupers, advocates and officials. The result was a canvas of medical welfare with extraordinary depth. By the 1820s, more of the ill-health of ordinary people was captured by the poor law and being doctored or sojourning in an institution became part of pauper and parochial expectation. These trends are brought to vivid life in the words of the poor and their advocates, such that the book genuinely offers a re-interpretation of the Old Poor Law from the bottom up. 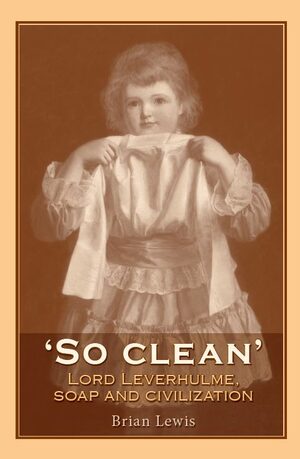 This book is an unorthodox biography of William Hesketh Lever, 1st Lord Leverhulme (1851-1925), the founder of the Lever Brothers' Sunlight Soap empire. The most frequently recurring comparison during his life and at his death, however, was with Napoleon. What the author finds most fascinating about him is that he unites within one person so many intriguing developments of the late nineteenth and early twentieth centuries. The book first sketches out his life, the rise and triumph of his business, and explores his homes, his gardens and his collections. It contains essays on Lever in the context of the history of advertising, of factory paternalism, town planning, the Garden City movement and their ramifications across the twentieth century, and of colonial encounters. Lever had worked hard at opening agencies and selling his soap abroad since 1888. But if import drives proved unsatisfactory, logic dictated that soap should be manufactured and sold locally, both to reduce the price by vaulting tariff barriers on imports and to cater for idiosyncratic local tastes. As D. K. Fieldhouse points out, Lever Brothers was one of the first generation of capitalist concerns to manufacture in a number of countries. The company opened or started building factories in America, Switzerland, Canada, Australia and Germany in the late 1890s. It then spread to most western European countries and the other white settler colonies of the empire, as well as more tentatively to Asia and Africa.

2 Caretaker or liberator? In the last chapter, we examined the concept of paternalism in some depth, paying attention to a number of key conceptual issues. We looked at the different forms of ‘power over’, the nature of moral conflicts, the agency of those over whom paternalistic power is exercised, and also the rights children may enjoy. In this chapter, I continue this analysis of paternalism by exploring the way that concept has been utilised in the ‘caretaker thesis’ and the ‘liberation thesis’. Are parents caretakers or liberators? Is the role of parents to