The importance of films in the cultural and social life of both Britain and the United States has long been recognized. Although radio survived in Britain more or less intact, by 1960 it too had taken second place to television as the prime domestic medium. This book begins by analysing the very different relationships between cinema and radio that emerged in Britain and the United States. It moves on to examine the ways in which cinema adapted radio programmes in the fields of comedy and detective fiction and then how radio dramatized films. When radio first took off in the United States in the late 1920s, it was regarded by the film industry as a rival, something to keep people at home and away from the cinema. But during the 1930s, Hollywood began to appreciate the value of radio in publicizing and promoting its films. The British broadcasting service was set up in 1922 with a monopoly and finance from a licence fee following negotiations between the Post Office, which controlled the air waves, and the radio industry, which manufactured the equipment. Radio in wartime was informational and inspirational. It provided news, entertainment, and propaganda. The book concludes with a look in detail at the ways in which the two media have dealt with three popular fictional characters, the , and .

, quite incredibly, The Smiths. When invited on the long-running BBC radio programme Desert Island Discs, Cameron selected ‘This Charming Man’ as one of his indispensable recordings.35 This interest has been underlined by the Conservative leader’s well-publicised visits to Salford Lads Club, the principal place of homage for fans of The Smiths.36 On one such occasion, Cameron returned surreptitiously to avoid a repeat of previous protests against his presence by local Labour activists, and recreated Stephen Wright’s famous photograph of the group outside the building

useless as a consultant’; Sempill was ‘flashy’; Chamier, the Secretary-General of the Air League, was ‘intelligent and honest’ but a disappointing broadcaster. 71 For its next feature on Empire and aviation the BBC tuned in to other voices. Empire air transport reappeared on the National Service in 1938 as part of a series of four radio programmes

During the 1930s, in fulfilment of its adult education obligations as a public service monopoly organisation, the fledgling British Broadcasting Corporation (BBC) aired more than a hundred domestic radio programmes which addressed the relations of science and society. This chapter examines governance challenges confronting the Corporation in these ambitious programmes, with a focus on three controversial science-related topics of particular salience to this turbulent decade: religion, eugenics and war. Having elected to disseminate the diverse, contentious, and often conflicting views held by the scientific community on these crucial issues, the BBC encountered a succession of difficulties arising from varied political stances amongst its speakers, other scientists, and its own staff alike. Nonetheless, through an array of effective governance mechanisms, the BBC helped to sustain modern science’s widely-accepted high stature, and uphold scientists’ reputation as leading contributors to Britain’s public good. 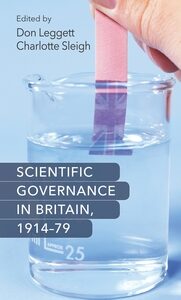 heads’ delivering facts and figures can all-too-readily become ‘a radio programme with pictures’, as my tutor at the NFTS, Herb di Gioia, used to put it, growling. But if more than a century of ethnographic endeavour has proved anything, it is surely that even the most private, even the most subjective forms of experience are informed and moulded by the social and cultural environments in which they take place. Thus the mere evocation of experience, however exquisitely achieved, is not in itself of any more than descriptive ethnographic significance

authority has a female counterpart, generally his wife, who accompanies him in an equal manner in the process of decision making. Radio programmes Ten radio programmes that can be rebroadcast in Aymara on issues related to municipal management, business management, caring for the environment, ecologically sound production and the importance of women’s participation in 135 MUP_Hall.indd 135 30/07/2013 17:16 case studies communal, municipal and economic management, especially in the sectors of education and health have been produced. Geographical information system A GIS 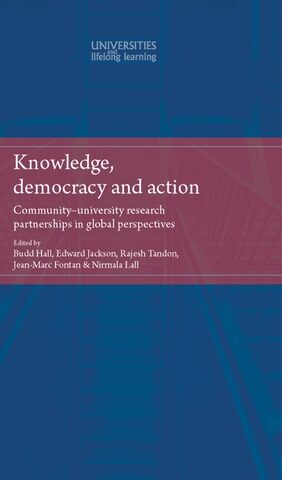 On 27 November 1953 Henry Swanzy, the producer of the BBC’s literary radio programme, Caribbean Voices , wrote from his Oxford Street office in London to the programme’s West Indian contact, Gladys Lindo, in Kingston, Jamaica. His letter sought advice on editorial comments which he intended to make in a future programme