Clear All
Download Citations
Page:1234567891011 ...
Sanctioned by Government? The Home Office, Peterloo and the Six Acts
Abstract only
Nathan Bend

The role of the Home Office in the Peterloo Massacre remains contentious. This article assesses the available evidence from the Home Office and the private correspondence of Home Secretary Viscount Sidmouth to contest E. P. Thompson’s claim that the Home Office ‘assented’ to the arrest of Henry Hunt at St Peter’s Fields. Peterloo is placed within the context of government’s response to political radicalism to show how the Tory ministry had no clear counter-radical strategy in the months leading up to the August event. The article further argues that although the Home Office may not have assented to forceful intervention on the day, the event and its aftermath were needed to justify the Six Acts which would ultimately cripple the reform movement.

country. Today the sailor is as conscious of his worth to the state, as the soldier or civil servant’. 2 While popular discourse championed sailors’bodies, naval men’s writings repeatedly emphasised their intellectual acumen. Countless claims to the educational improvement of the naval ratings served as the basis from which the emergent lower-deck reform movement appealed to the Admiralty to improve

needed, but also why it may have been pursued in the manner it was. Interpretations of the nature of the movement for Church reform, the success and failure of its objectives, and even its desirability have had a long and chequered history, beginning even as the reform movement itself was developing in the eleventh century. One early and noteworthy commentator (among many who could be named) was the Ottonian historian Thietmar of Merseburg (975–1018) who viewed monastic reform as rank hypocrisy, and who took offence at critics of the less stringent and more

encouraged women to engage more seriously in day-to-day Unionist activism than they had done in the Primrose League. Edwardian Unionists were not merely concerned with appealing to the male voter. The tariff reform movement sought to develop a new culture of Unionist public politics, more amenable to women than the rowdy traditions of the Victorian hustings. All the same, these efforts met with ambiguous results. Whilst female Unionist activism flourished in Edwardian Britain, there are signs that some male Conservative leaders grew uneasy with the increasing encroachment

behind the rapid development of the grassroots tariff reform movement during the early years of the twentieth century. In focusing on the harmful effects that the tariff reform campaign had on the cohesion of Unionist constituency associations, historians have largely overlooked the fact that many activists were frustrated by the limited opportunities that existing conservative organisations provided for political education in the early 1900s. These resentments were expressed most keenly by the Liberal Unionists. It is clear that Green’s thesis underestimates the

and patient) to become its slave rather than its master. This week sheds light on the medical, financial and humanitarian repercussions of medical technology. Finally, there is the topic of ‘scientific literacy’, which was introduced a few years after the course started, replacing the subject of the beginning of life. The choice for this week's topic was informed by the Dutch reform movement ‘Science in Transition’, established in 2013. The

, promulgating new laws during its meetings, held three times a year. Its three key officials – dispenser, steward and chamberlain – exercised considerable power until the court declined in importance during the twelfth and thirteenth centuries. Subsequently, the wider Curia developed into the embryonic parliament and the king developed his own council of ministers during the medieval period. Simon de Montfort This immigrant from France led the so-called ‘reform movement’ aimed at limiting royal power; the movement found expression in the Provisions of Oxford, of 1258

The meanings of merit in 1789
Abstract only
Rafe Blaufarb

expectations. Dominated by military noble deputies who had taken part in the Old Regime reform movement, the Assembly’s military committee shared the officers’ concerns. Neither ideological architects of revolutionary social engineering nor reactionary defenders of the military status quo, the committee believed that they could use revolutionary meritocracy to redress the officers’ longstanding grievances. In many respects a prolongation of Old Regime military reform rather than a sharp break with the past, the committee’s reforms were better suited to unshackling the 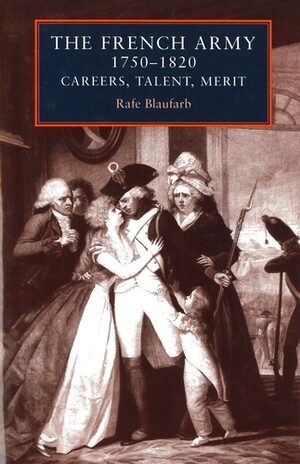