to ask and answer this question? Terence MacSwiney, Principles of Freedom , writing in 1921 1 This chapter examines the heterogeneous nature of radical republicanism, which encompasses a wide spectrum of views on the armed campaign within the current context. The radical republican base includes individuals who were supportive of the IRA ceasefires in the 1990s, or who voted ‘yes’ for the Good Friday Agreement, but who are opposed to the current armed campaign, such as Gerard Hodgins in Belfast who 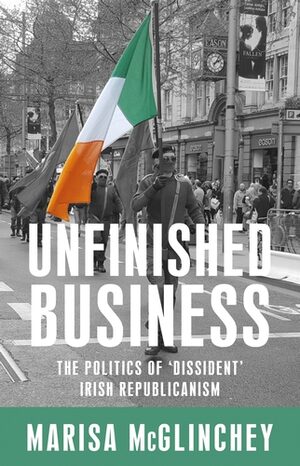 2 Irish republicanism as an ideology: are there agreed components? Irish republicanism is often associated with physical force, separatism and cultural nationalism. However, republican ideas have a much wider foundation and complex history, with many of these ideas adopted and adapted in their Irish variant. Since the echoes of the French and American revolutions pervaded Irish politics, republicanism has played a protagonist role. Yet, disagreements over the interpretation of Irish history have given way to vast number of varying political understandings of 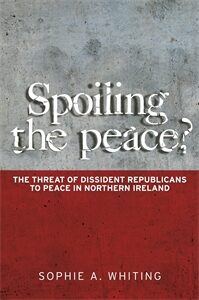 2 Contemporary Irish republicanism since 1998: the Shinners1 At present republican groups dissenting from the pro-Stormont ‘Agreement’ line include groups ranging from traditionalist Republican SF, to the supposedly Marxist IRSP, to the I’m not sure about the ideology beyond sovereignty 32CSM, to trendy leftist agitprop junkies éirígí, to the newest group Republican Network for Unity (RNU).2 The diverse spectrum of dissenting organizations represented in the quote that begins this chapter gives a sense of the fragmented and deeply contested space that is Irish

3 Contemporary Irish republicanism since 1998: dissos and dissenters1 If it is easy to identify those that the media refers to as ‘dissident republicans’, it is far more difficult to identify and define what they mean by ‘dissident republicanism’.2 The second bloc: traditional dissent The compromises of the Peace Process and electoralism remained an issue for some traditionalists who were constants through the modern era of republicanism prior to 1998. These groups would become more marginalized through the period under analysis. Politically dissenting 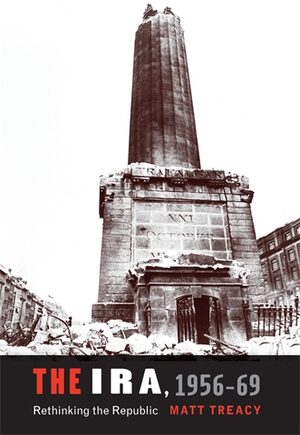 Evaluating historic splits in Irish republicanism
Abstract only
Is there space for the emergence of ‘dissidents’?
Sophie A. Whiting

1 Evaluating historic splits in Irish republicanism: is there space for the emergence of ‘dissidents’? From abstentionists to institutional participants, from the margins to the mainstream, Sinn Féin has undergone numerous reincarnations since its founding in 1905.1 The republican movement has always been a mixture of intellectuals, constitutional politicians, political activists, militants and revolutionaries, although these categories have never been mutually exclusive. It is the versatile and complex nature of the republican movement, allied to the difficulty

Introduction The mainstream narrative on so-called ‘dissident’ republicanism has emphasised the divided and heterogeneous nature of radical republicanism. References are frequently made to the number of republican groups which exist: RSF, 32CSM, RNU, RSM, IRSP, éirígí, Continuity IRA, REAL IRA and the New IRA, among others (as well as a significant body of independents). This chapter provides an analysis of the divided nature of radical republicanism and focuses on the irreconcilable ideological and tactical differences between groups, which hinders any

13 Republicanism, socialism and the renewal of the left1 Martin McIvor Recent soul-searching among the intellectual left has returned with increasing frequency and interest to implicitly or explicitly ‘republican’ themes and arguments. As class identities fracture, and state ownership falls into disrepute, republican conceptions of equal citizenship and the inherent value of a ‘public realm’ have appealed to many as potentially productive starting points for the left’s ideological renewal. This is not an especially new idea. As early as 1991, an important

. There is a great deal that can be accepted in Bauböck's account, including many of the framing assumptions of the discussion. My queries arise mainly from the way in which the theoretical principles justifying claims to membership of the demos are characterized and distinguished, and in particular how the all subjected principle is seen in terms of a purely protective neo-republicanism, which is distinguished from the democratic republican self

Militarism as a component of dissident republicanism
Abstract only
Sophie A. Whiting

6 Militarism as a component of dissident republicanism There is no republican violence. Republicanism is a non-violent phenomenon that merely strives to implement the rights of an oppressed people – the right to freedom from British rule is denied by … British military policies and propaganda. Violence in Ireland is a British thing, resistance to that violence, to ensure an end to violence once and for all is an Irish response.1 The actions of the Provisional IRA (PIRA) earned them the label of ‘the most ruthless terrorist army in the world’.2 It is therefore