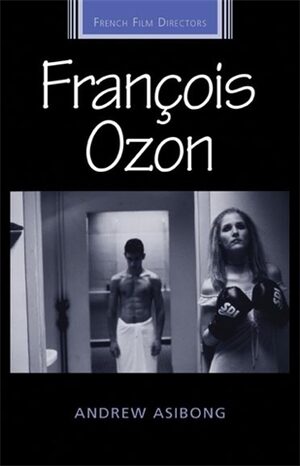 François Ozon was born in Paris to René and Anne-Marie Ozon on November 15, 1967. This book takes as one of its points of departure the idea that Ozon has consciously styled his œuvre thus far around a number of recurring tropes and themes, one of the most striking of which has been the emergence of adult sexualities and relations from out of the spectral carcasses of real or fantasised family members. Kinship, desire and violence thus structure the narratives of all the films under discussion, and can be seen to stamp Ozon's repertoire of images firmly with the mark of a self-styled auteur. The book discusses considers the majority of Ozon's short films together with his first feature Sitcom through the lens of desire, and demonstrates the extent to which Ozon's vision of human sexuality can be described as a fundamentally 'queer' and 'post-modern' one. It focuses on four of Ozon's simultaneously most accomplished and misunderstood films and approaches them via the perspective of the power relations they depict. They are Regarde la mer, Les Amants criminels, and 8 femmes. The book surveys a number of Ozon's films from the 2000s: Sous le sable, Swimming Pool, 5x2, and Le Temps qui reste. Sexual desire as represented by Ozon is almost always multidimensional and consistently astonishing in its capacity for boundless reinvention. His films frequently employ household servants among their cast of characters. Ozon uses tools borrowed from the toolbox of three genres: namely, horror, melodrama and musical.

Control. It seems this discourse has now been firmly established as a dominant way of conceptualising the relationship between sex and religion, shaping the way the interviewees made sense of their own sexual development in early life. Desire and gender in Catholic adolescence A dissolution of the gendered codes and expectations that surrounded sexual desire has been identified as

Sex assignment around 1900. From a legal to a clinical issue
Abstract only
Geertje Mak

, however, may be a penis.’ According to Neugebauer, parents often asked for the removal of large clitorises ‘at an age at which the child certainly does not know whether it feels it is male or female’. Others asked for surgery when they got engaged between the ages DS_C07.indd 179 11/15/11 4:44 PM 180 doubting sex of sixteen and twenty. ‘The danger of a too ready compliance with such requests’, Neugebauer argued, . . . may be easily inferred from the experience that hermaphrodites raised as girls develop male sexual desires at a later date. It may be that retained 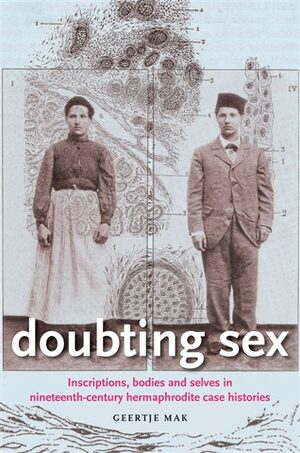 and Christianity’s theological explanations for the causes of homoerotic sexual desire: the ancients’ focus on the causes of homoeroticism as lying in the conditions the foetus experienced in the womb (what Borris calls ‘congenital homoeroticism’) made homoerotic desires and acts the result of a natural and ‘innate predisposition’, contradicting Christian theological assertions that such desires and acts were sins, wilfully practiced, and defined by God and man as against the laws of nature. The contradiction between the ancients’ definition of same-sex acts and

this situation. The ‘curse’ on Eve relates to the woman’s desire (or instinct) to have sexual relations with her husband, although the respectable wife does not demand this of her husband but waits for his initiative. That is to say, female lust is under control, and in Rashi’s opinion, within the confines of marriage, it has a crucial function: containing the uncontrolled sexual desires of the man

model for how Swinburne finds in sexual desire a trope for the community of the lyric subject. This can be used to reread Anactoria’ in a way that changes our understanding of desire in this poem. The focus on Swinburne’s metrical masochism has rather obscured the importance of sexual desire as a means of dramatising the lyric subject as simultaneously individual and blended into a collective generic

attempts to approach Ozon’s cinema through specifically sexual matrices are understandable starting points for analysis, they both demand a carefully nuanced application. 5 Sexual desire as represented by Ozon is almost always multidimensional and consistently astonishing (even to its own bearer) in its capacity for boundless reinvention. In 2005’s Le Temps qui reste, the protagonist Romain speaks to his avuncular doctor of

types, Ninette is a script-driven, highly polished studio production, in which the political and social realities of the Franco era are reduced to a set of comic markers. Set in Paris in 1959, among a family of Republican exiles, the film wears its history lightly, using exile and censorship as the driving mechanisms of a frothy comedy of frustrated sexual desire. The action of the film is entirely taken up with the intriguing

Waller, Tasso, and Marvell’s Last Instructions to a Painter
Abstract only
Timothy Raylor

amorous motive to trump national obligation and imperial ambition, romance to triumph over epic. It is the political manifestation of this triumph, as the abandonment of civic duty in the face of unregulated sexual desire, that Marvell’s Last Instructions diagnoses in its treatment of the Stuart court. In the counter-example of Douglas, Marvell does away not only with romantic love – presenting a married man as an innocent virgin – he also rejects, in his quest for inviolable innocence, even the heroic friendship which had furnished the basis of the Virgilian original 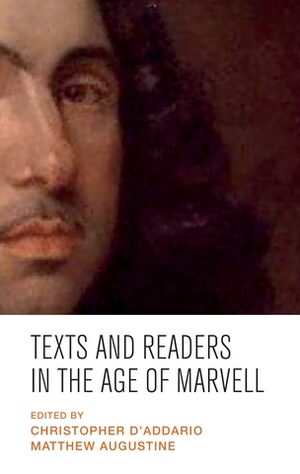