speaking, this is a theoretical caucus that attempts to articulate and critique the diverse ways in which traumatic memories have been inscribed as wounds on the cultural, social, psychic and political life of those who have experienced them, and those cultural products that seek to represent such experiences to those who have not. Such articulation and critique is intimately concerned with the ways in which ideas of integrated and cohesive identity may be violently challenged by traumatic events such as genocide, war, social marginalisation or persecution, being part of

seen in the case of post-war Germany, nonetheless remain gravely wounded by the events of the historic past.3 As this chapter will argue, the capacity of onryou-style narratives to undertake such culturally grounded explorations of national trauma is a product of the genre’s history in Japan, specifically its implicit opposition to the right-wing militarism that led to the Pacific War. For since the 1960s, Japanese horror cinema has repeatedly had the female corpse return from the dead to demand retribution for the hitherto concealed wounds inflicted on the nation by

‘traumatic,’ or to comparatively quantify the magnitude of specific national traumas. For 188 The wounds of nations although it may be tempting to argue that the damage inflicted on the national psyche by Margaret Thatcher or Ronald Reagan was of a similar magnitude to that of Vietnam or Hiroshima, such qualitative evaluations are not only empirically contentious but rather beside the point. What this study has been concerned with though is the way in which an already-traumatised socio-cultural and historical context may have shaped the generic representational

consumed them. As Buttgereit makes clear then, neither Rob nor Betty have transformed the young applepicker into a corpse. This has been accomplished by an ostensibly morally upstanding member of society who subsequently disappears from view, unpunished for his crimes. Buttgereit’s mission, it seems, is to embrace that corpse and in so doing to look upon the culturally specific wounds inflicted on the national psyche by National Socialism and its legacy. In doing this he would raise the question originally posed by Alexander Mitscherlich, Director of the Sigmund Freud

broke free of the mechanisms of social, cultural and psychological repression that attempted to contain his deviant repudiation of dominant norms and values. In so doing, of course, he not only enabled audiences to share in his vicarious pleasures, but provided horror cinema with an iconic means of peeling back ideologically expedient dressings that other branches of the culture industry had applied to the wounds of the period: specifically the damage done to national self-image as the war in Vietnam raged abroad and protests against it at home informed all aspects of

• 5 • Fear, wounding and death The overriding objective of the Allied forces in the Second World War was to fight the enemy: to defend areas under threat from Axis invasion and to liberate conquered territories.1 The resources that the British Army used for this were essentially human. The front-line soldier, whose body had been honed and primed for combat, now took his chances in battle. There all his skills, training and experience would be put to the test, and there he faced the prospect of being wounded or killed. Neil McCallum was deployed with the Eighth 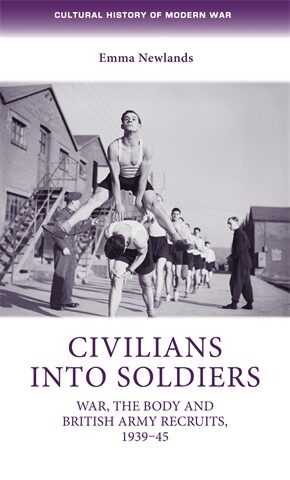 in Civilians into soldiers

The wounded, sick and shipwrecked
Abstract only
Leslie C. Green

Common approach Traditionally the international law of armed conflict has distinguished between land and sea warfare, dealing with the wounded and sick in these theatres as two separate categories. In 1864 the first Convention on the Amelioration of the Conditions of the Wounded and Sick in Armies in the Field was

Medical care Chapter 4 ‘Stout Skippon hath a wound’: the medical treatment of Parliament’s infantry commander following the battle of Naseby Ismini Pells S tout Skippon hath a wound’ proclaims Macaulay’s poem Naseby. It was once claimed that this line was the only reason that anyone had ever heard of Parliament’s infantry commander.1 Regardless of the truth of this claim, the treatment administered to Sergeant-Major-General Philip Skippon following his wounding at the battle of Naseby on 14 June 1645 is one of the best documented examples of the medical care

133 8 SPECTACULARLY WOUNDED White male vulnerability as heterosexual fantasy Susa nna Paa sonen I n a 2012 interview, E. L. James, the author of the massively popular Fifty Shades novel series, describes its male protagonist Christian Grey as ‘the ultimate fantasy guy. And that’s the point: As long as you accept that fantasy guy –​fantasy sex, fantasy lifestyle, a broken man who needs fixing through love –​what woman could resist that?’ (in Thomas, 2012.) Grey is a twenty-​seven-​year-​old, white, cis-​gendered, Seattle-​based multi-​billionaire businessman